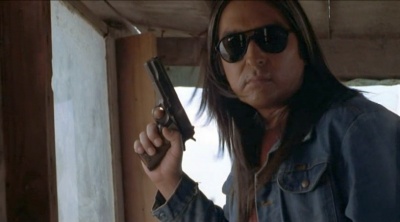 Graham Greene (born June 22, 1952) is a Canadian stage and screen actor. Since 1979 he has appeared in more than 60 movies and TV series including many as a Native American, including his Academy Award-nominated role as Kicking Bird in Dances with Wolves. Greene has been awarded two Gemini Awards.