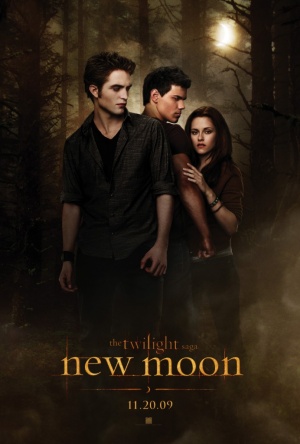 The following weapons were used in the film The Twilight Saga: New Moon:

Charlie with his scoped Winchester Model 70.

A close up of Charlie's Winchester Model 70.

Harry Clearwater (Graham Greene) is seen with a 12 Gauge Double Barreled Shotgun. We see him try to use it on Victoria (Rachelle Lefevre), but Victoria's vampire speed knocks the shotgun out of his hands.

Harry Clearwater aims his Double Barreled Shotgun at Victoria as Victoria notices him.