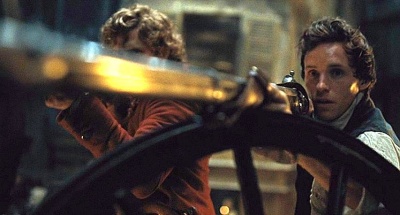 Eddie Redmayne is a British actor who is best known for his portrayal of Stephen Hawking in the 2014 film The Theory of Everything, a role for which he received the 2015 Academy Award for Best Actor. He also has had roles in the films Les Misérables, Hick, and The Good Shepherd. He is currently starring as Newt Scamander, the protagonist of the Harry Potter prequel series, Fantastic Beasts and Where to Find Them.