Dirty Money, or Un Flic (Eng.: A Cop) is a 1972 French neo-noir film starring Alain Delon, Richard Crenna and Catherine Deneuve, directed by Jean-Pierre Melville (Le Samouraï, Army of Shadows). It was the final film for director Melville, who died of a heart attack less than a year after it was released. Alain Delon was no stranger to Melville's films, but American actors Richard Crenna and Michael Conrad starred as well, with all of their French dialogue dubbed in.

The following weapons were used in the film Dirty Money:

Simon (Richard Crenna) uses an original M1911 during the opening bank robbery. Louis Costa (Michael Conrad) has one on him when he is ambushed at the restaurant. Commissaire Edouard Coleman (Alain Delon) is later seen examining and unloading it. 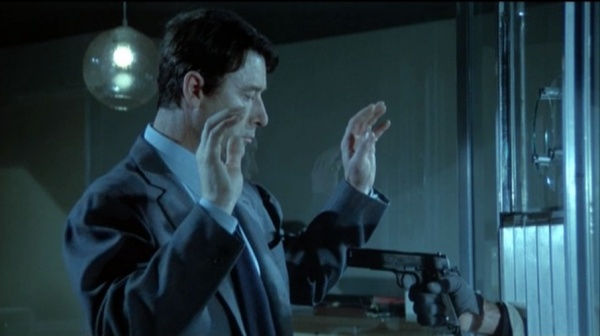 Simon orders the bank teller to back away from the alarm pedal. Note the flat backstrap 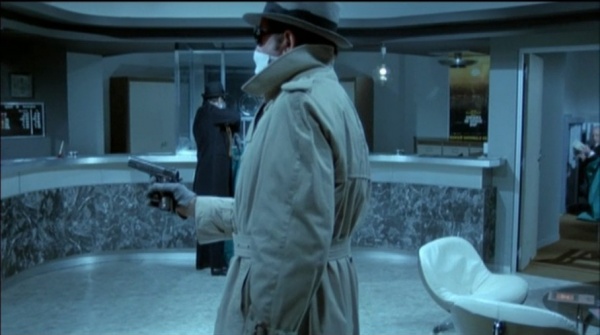 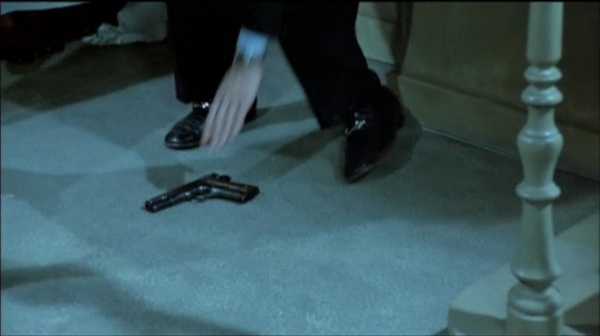 Another detective reaches for Louis' weapon after it is kicked away. 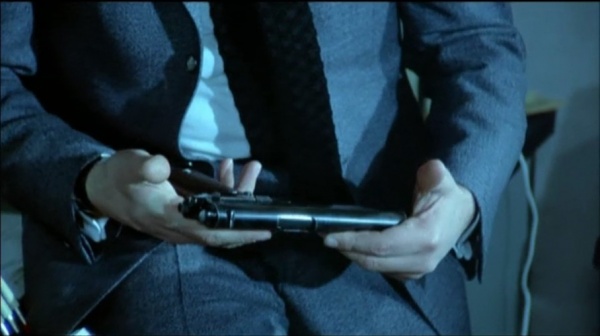 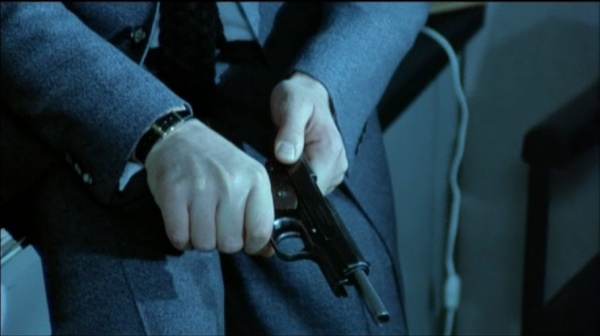 ...before dropping the magazine and emptying the chamber. Note the lack of cuts around the trigger, which means it's not an M1911A1.

Marc Albouis (André Pousse) carries a Gevarm Type D4 during the opening robbery. Simon picks it up after Marc is wounded. 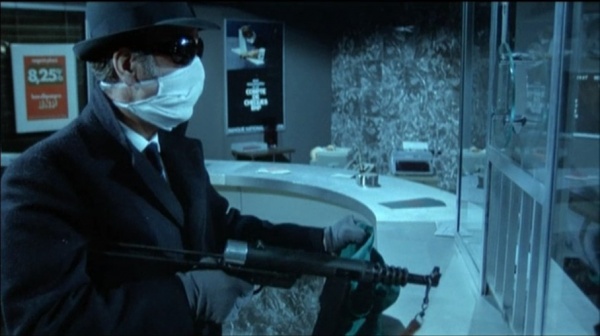 Marc draws the SMG on the teller. 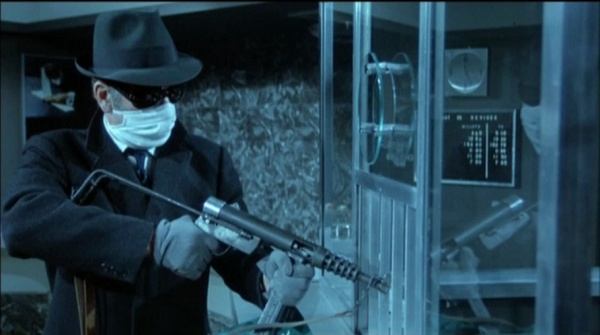 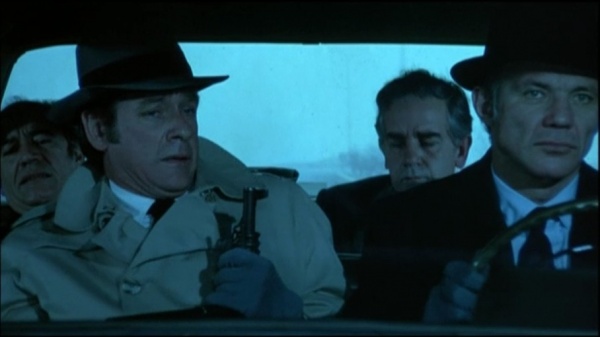 Paul Weber (Riccardo Cucciolla) uses a Smith & Wesson Model 36 during the opening robbery. He uses one at the end of the film as well. 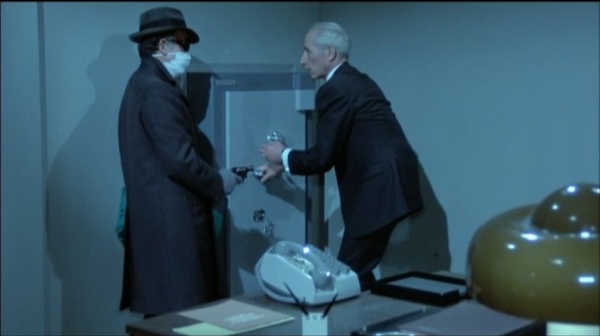 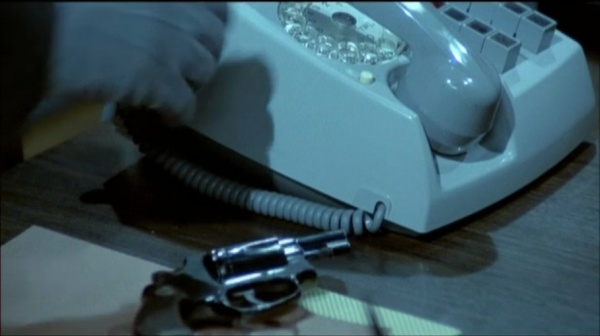 Paul sets down the S&W 36 as he disables the telephone.

Commissaire Edouard Coleman carries a Smith & Wesson Model 15 Snub as his service weapon. His lover Cathy (Catherine Deneuve) playfully draws and holds it on him briefly. 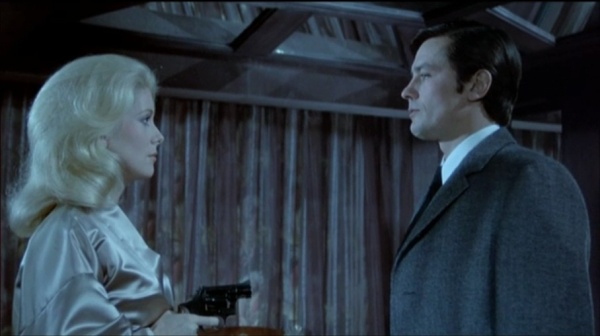 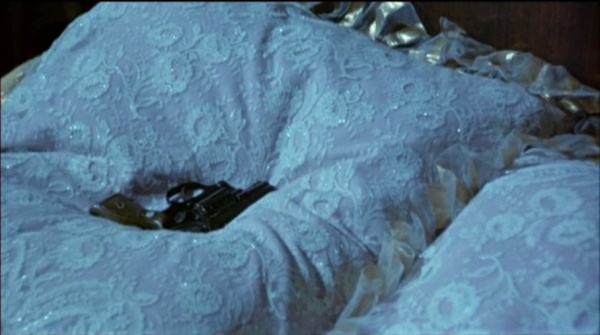 ...before tossing it on the bed. 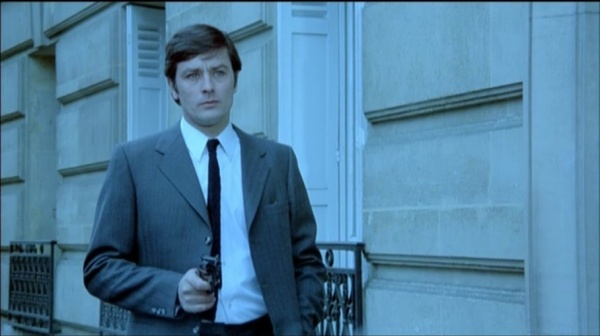 Coleman with his S&W 15 at the end of the film.

A bank teller (unknown) uses a hidden Colt New Service to break up the opening robbery. 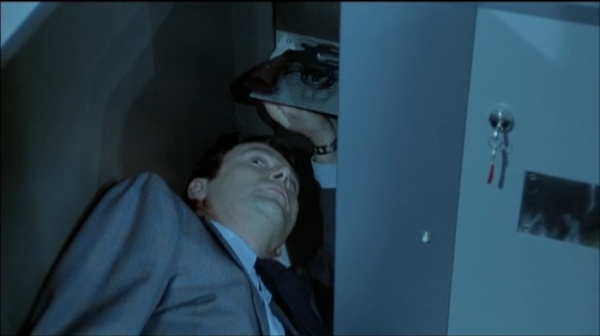 The teller dives for the Colt New Service after setting off the alarm. 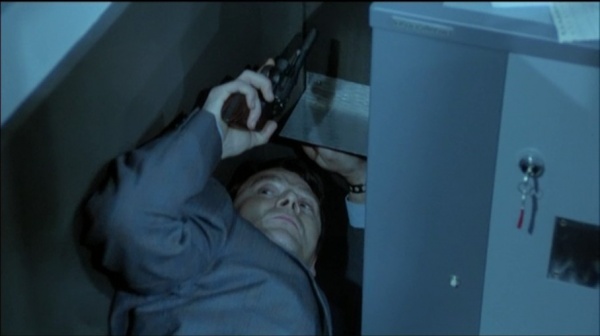 The Colt-style ejector can be seen in this shot.

While at the police range, the instructor (Henri Marteau) fires what appears to be a first gen Colt Detective Special. 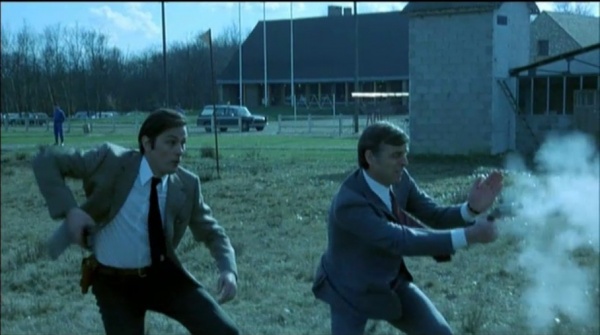 Coleman at the range with the instructor. 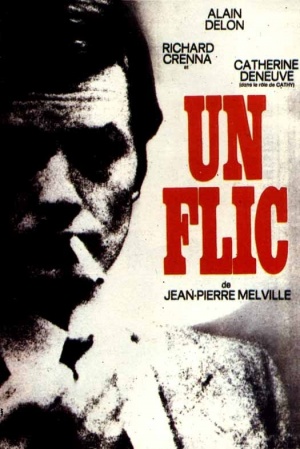