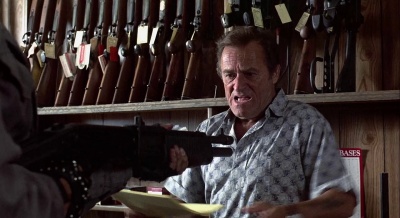 Dick Miller (1928-2019) was a veteran character actor who appeared in over 100 films, including The Little Shop of Horrors (1960), Capone, and The Terminator. To many genre film fans, he was known as one of the actors who regularly appeared in the films directed by Joe Dante, which included Innerspace, Gremlins, Gremlins 2: The New Batch, and The 'Burbs. He passed away on January 30, 2019 at the age of 90.