Coordinates of Death (Russian Title: Koordinaty smerti / Координаты смерти) is a 1985 Soviet-Vietnamese co-production directed by Samvel Gasparov and Nguyen Xuan Chan. Set during the Vietnam War (presumably during Operation Linebacker II in 1972), the film is about a group of Soviet sailors aboard the freighter Chelyabinsk who aid their Vietnamese comrades after their ship is sunk, interspersed with scenes depicting the brutality of Americans towards Vietnamese civilians as seen through the eyes of an actress named Kate Francis (Tatyana Lebedeva) (a Jane Fonda analogue).

The following weapons are seen in the film Coordinates of Death:

Viet Cong guerrillas and North Vietnamese militia use SKS rifles throughout the film. 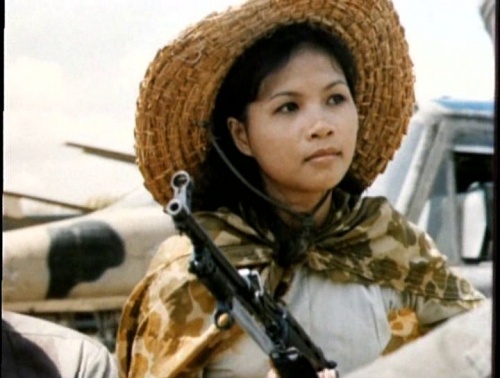 A militia woman holds a SKS. 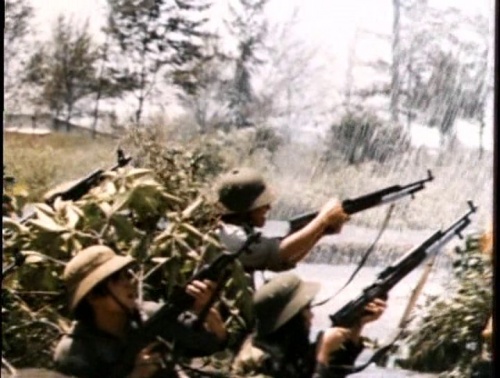 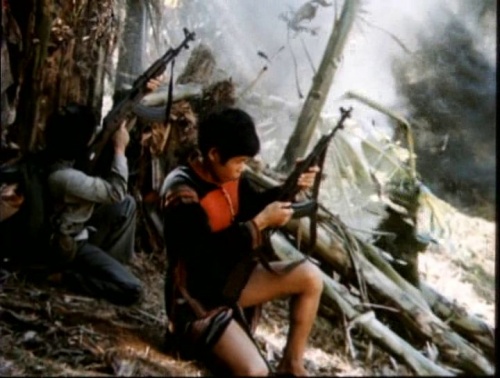 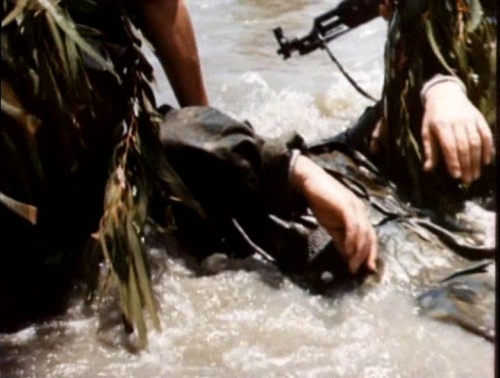 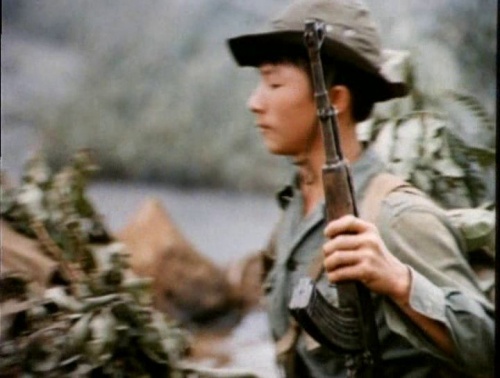 A guerrilla holds a Type 56. 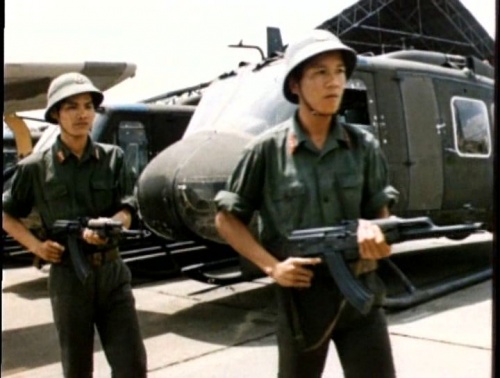 Vietnamese militia marching along a section of the Ho Chi Minh Trail can be seen holding M1 Carbines. 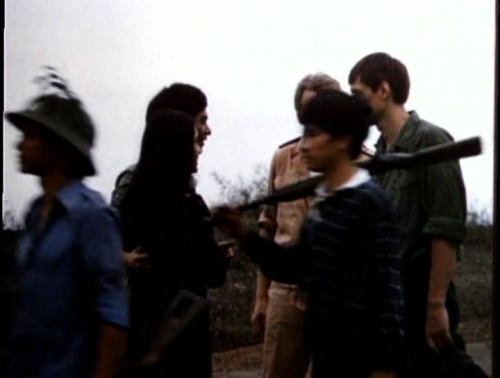 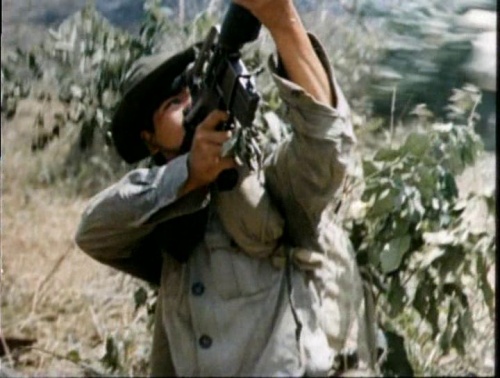 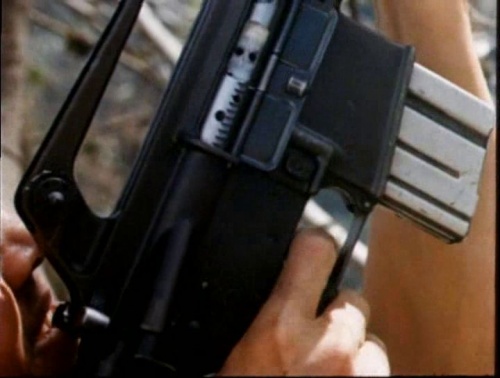 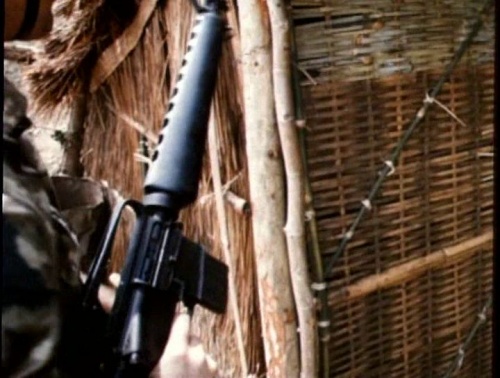 A soldier prepares to kick down the door of a hut. 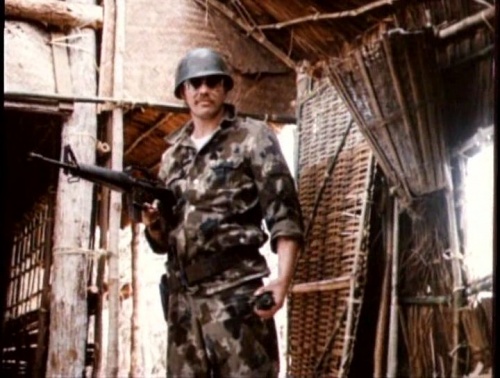 An American soldier (Uldis Veispals) holds a M16A1 and a hand grenade. 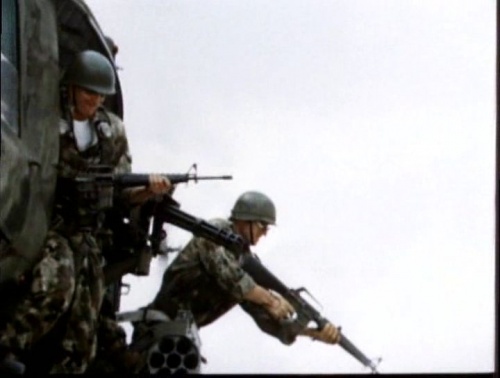 American soldiers who raid and destroy a Vietnamese village wield CAR-15-type rifles, which appear to be the XM177E2 model with the original flash suppressor replaced by a M16A1 "birdcage"-style flash hider, giving it a slight resemblance to the Colt Model 733. Such rifles were referred to in ARVN service (and continue to be known in Vietnamese service) as the M18 carbine. 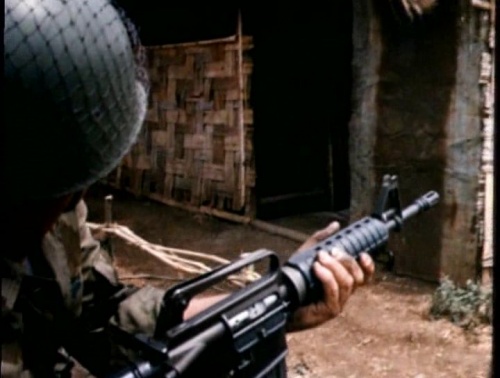 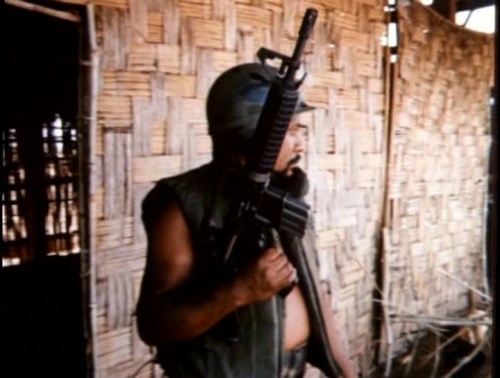 Another soldier holds a CAR-15. 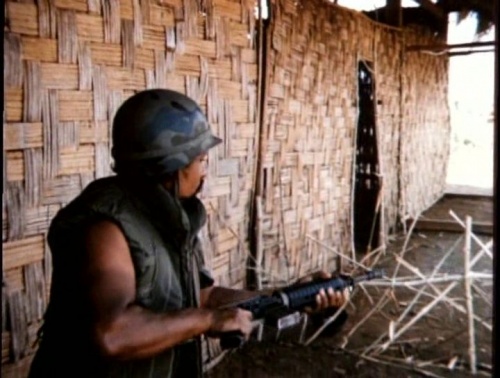 The soldier fires his CAR-15.

Viet Cong guerrillas use M60 machine guns to attack American helicopters after they are ambushed. 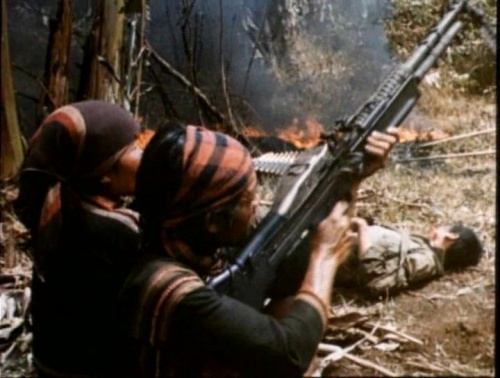 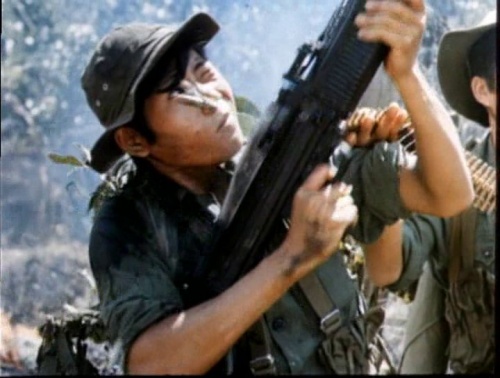 Another M60-wielding guerrilla takes down an attacking helicopter.

A variant of the Browning M1919 developed during World War 2, this model is designated the M37, with the ability to feed from either the left or the right of the weapon - 30-06. 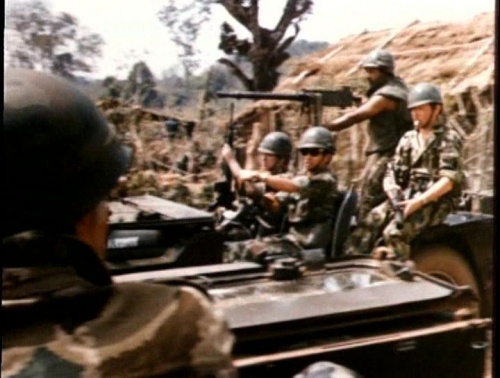 Soldiers in jeeps enter a village. 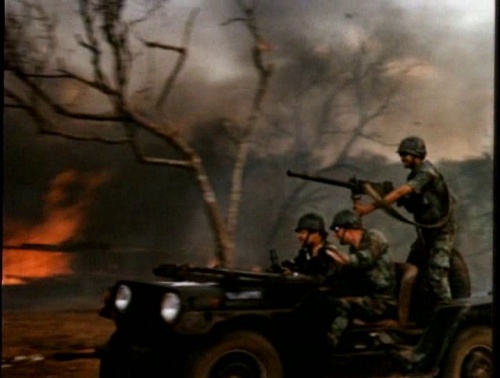 The jeeps leave after burning down the village.

Gunners aboard American UH-1 'Huey' helicopters fire M134 miniguns when they attack Viet Cong guerrillas and citizens. The weapons are not actually fired; rather, the gunners mimic firing the weapons by rocking them and the sounds were added in post-production. 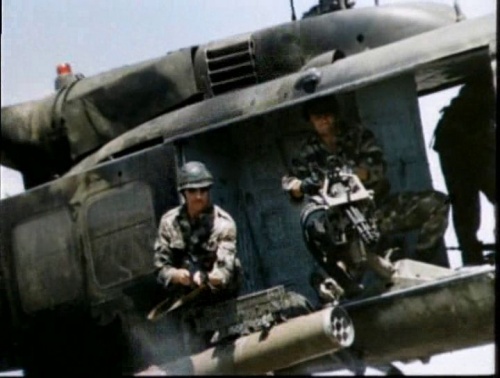 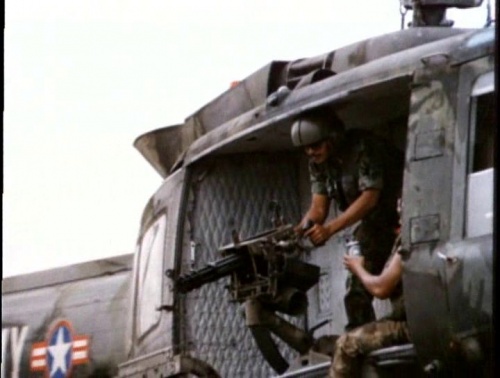 A gunner fires a minigun at Vietnamese boats while enjoying a beer. 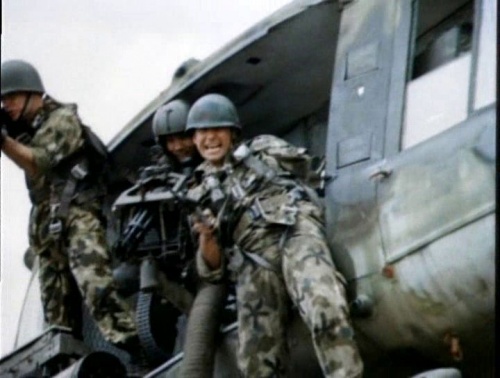 Another angle. The camouflage uniforms worn by the Americans appear to be a Soviet attempt to imitate ERDL camo, similar to American attempts to imitate Soviet camouflage in movies such as Rambo III.

A DShK heavy machine gun is used by Vietnamese soldiers defending the port of Haiphong. 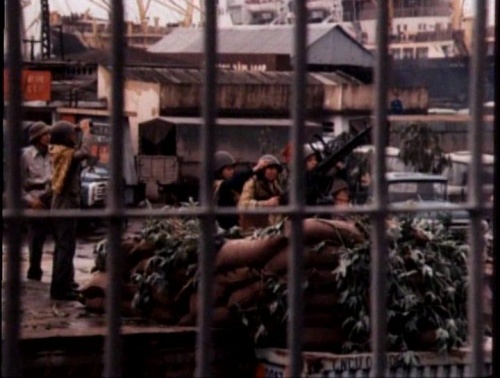 A M79 Grenade Launcher is held by one of the American soldiers after they burn down a village. 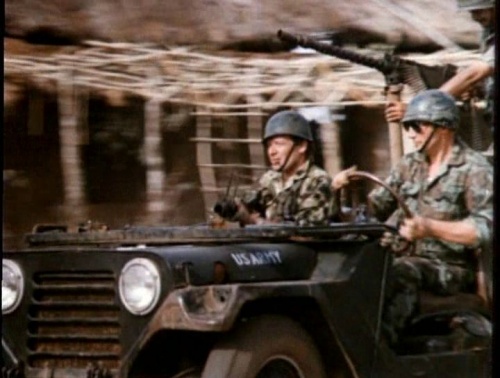 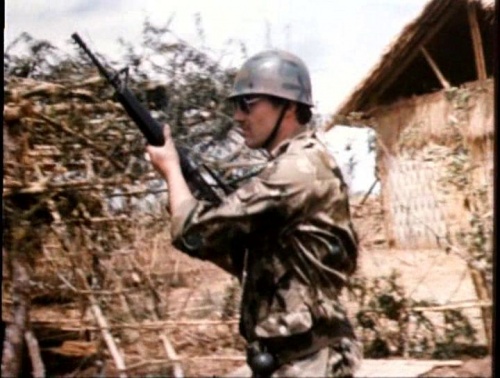 A M67 grenade is attached to a soldier's belt.

A V-11, twin naval version of 61-K, is seen mounted on a North Vietnamese Navy ship. 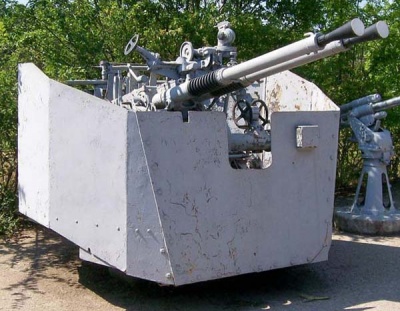 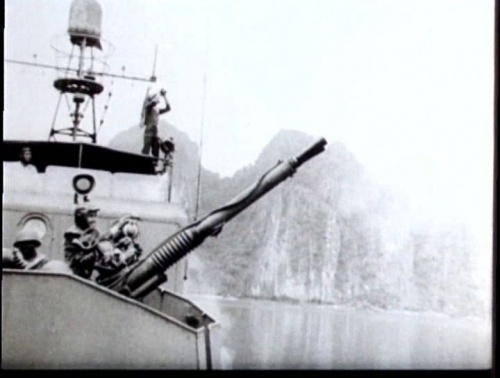 Various anti-aircraft guns are used by the North Vietnamese to shoot at American aircraft. 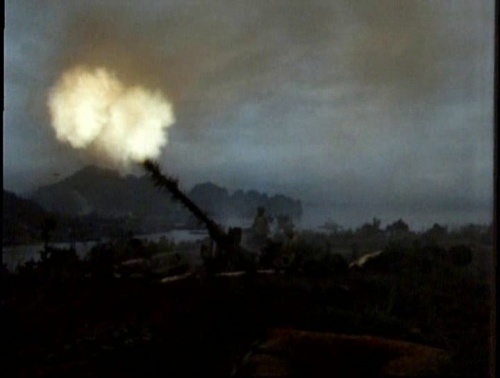