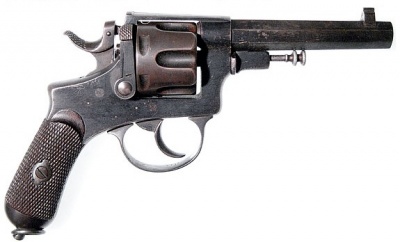 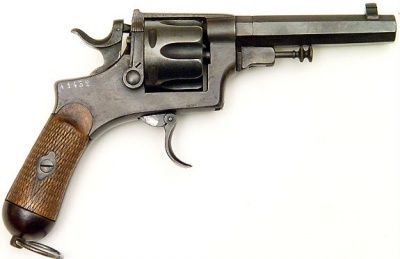 The Bodeo Model 1889 revolver was invented by Italian firearm designer Carlo Bodeo. Based on the Chamelot-Delvigne Model 1873 revolver, it was produced by a wide variety of manufacturers between 1889 and 1925. It was also produced in Spain from 1915 to 1918. The Bodeo Model 1889 was employed by the Italian Army during World War I, the Interwar Italian colonial wars, and World War II.

The Bodeo M1889 and variants can be seen in the following films, television series, video games, and anime used by the following actors: