Battle Circus is a 1953 Korean War film directed by Richard Brooks and follows the exploits of the personnel who serve in a MASH unit during the height of the war. Lt. Ruth McGara (June Allyson) is newly assigned to the MASH unit as a nurse, and soon she becomes the target of the romantic advances of Maj. Jed Webbe (Humphrey Bogart). Their romance is however soon interrupted, when the hospital staff are forced to retreat from the advancing North Koreans.

The following weapons were used in the film Battle Circus:

Both Webbe and Capt. "Rusty" Rustford (William Campbell) carry a Colt M1911 in a shoulder holster throughout most of the movie. 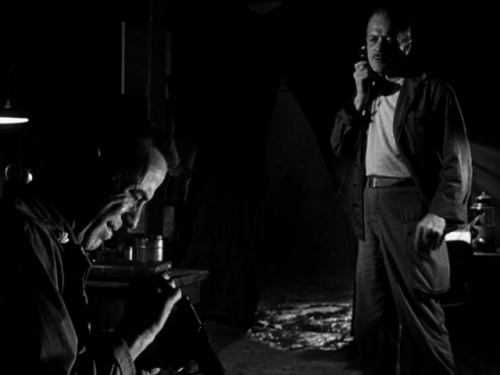 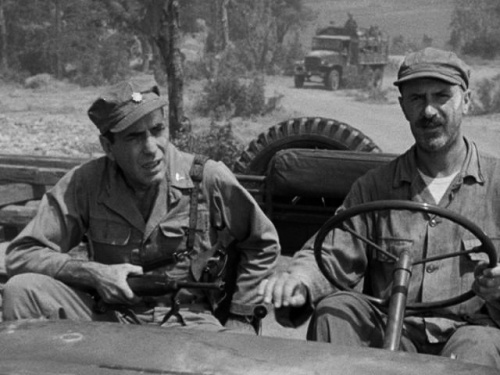 Here Webbe has both his Colt and his M1 Carbine. 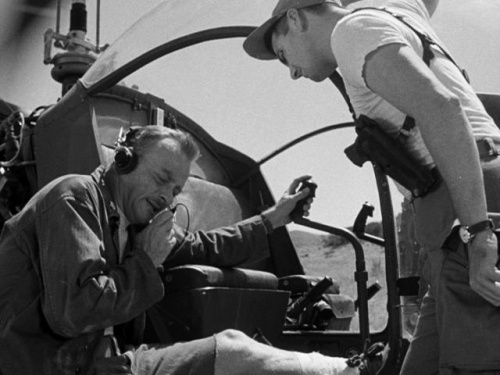 The colonel talks to Webbe on the radio, while Rusty looks on. 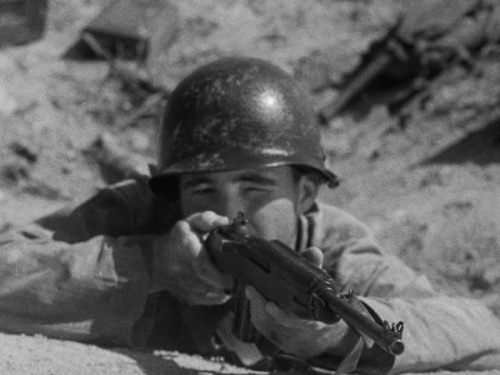 One of the soldiers with an M1 Carbine. 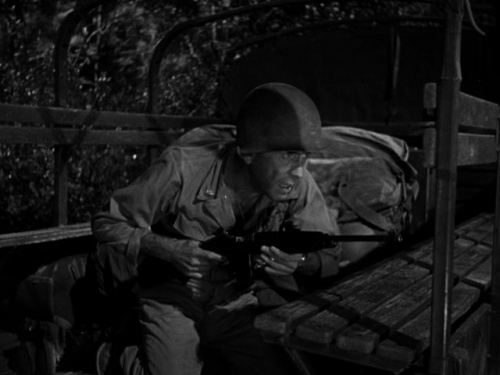 Webbe (Humphrey Bogart) uses his Carbine while the convoy gets ambushed. 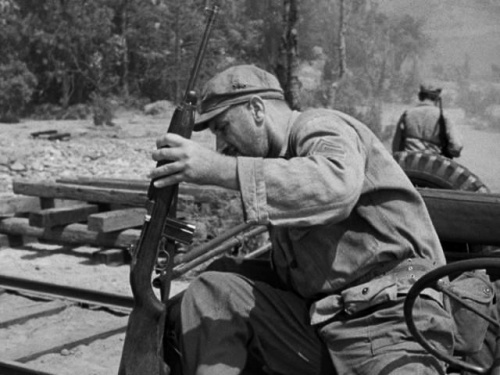 Statt climbs down from the jeep, holding his Carbine. 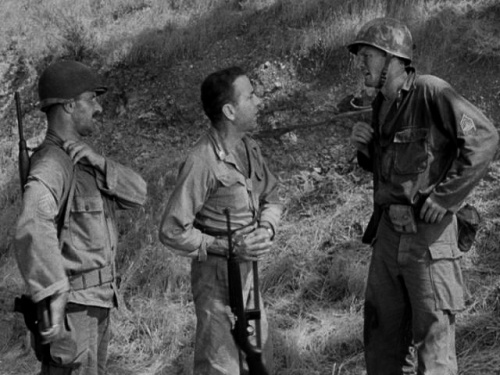 Webbe and Statt talk to an unnamed sergeant (Steve Forrest). All three have M1 Carbines. 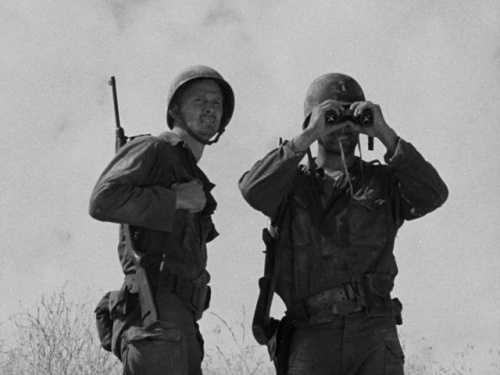 The sergeant and the lieutenant (Jeff Richards) watch as the convoy descends down the hill.

The second most common rifle the American soldiers use in the movie is the M1 Garand. 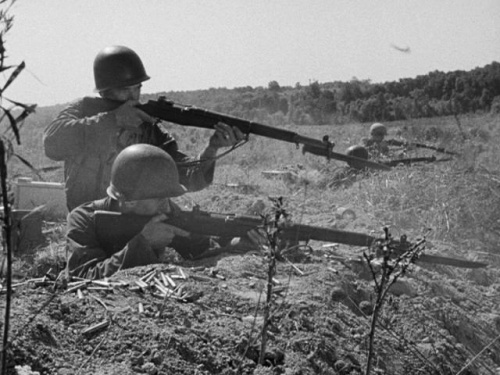 Soldiers, all armed with M1 Garands, defend their position from the North Korean attack. 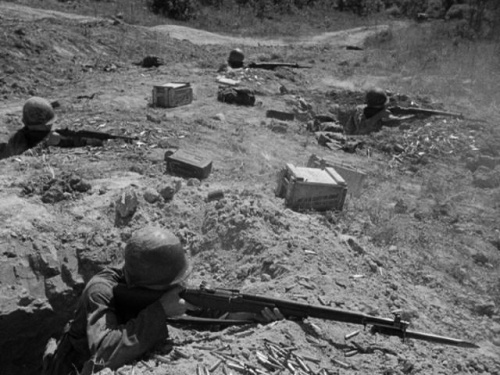 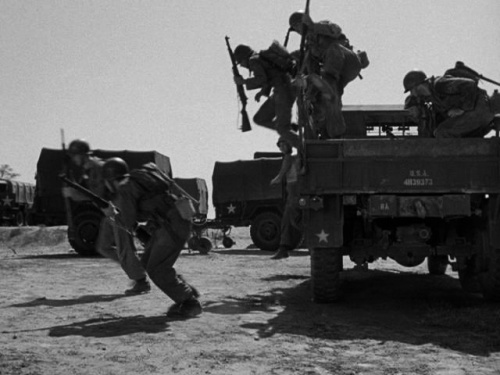 Soldiers disembark from the truck.

In one scene a North Korean soldier is seen firing at Rustford with a Springfield M1903 rifle. 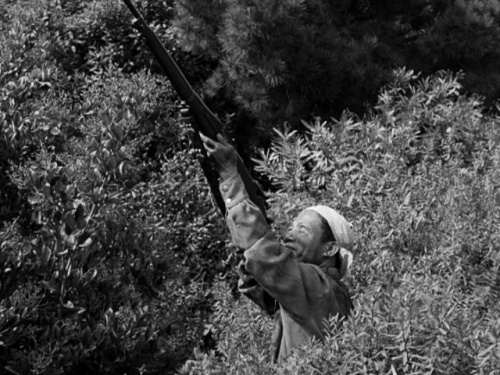 In one scene, when a fortified American position is attacked, one of the soldiers in the background can be seen with a BAR. 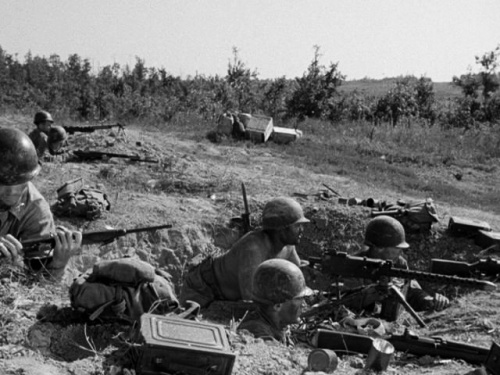 The soldiers prepare to defend their position. Note the soldier with the BAR at the far back.

In the same scene, the Americans also use a couple of Browning M1919 machine guns to hold back the North Koreans. 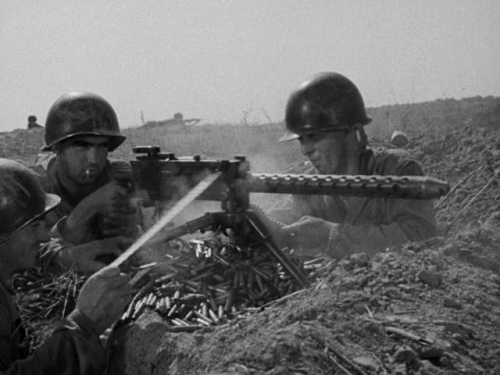 The soldiers with the Browning machine gun shoot at the Koreans.

A North Korean prisoner (Philip Ahn), who is taken to the hospital, smuggles in a Mk 2 hand grenade, which was earlier given to him by another Korean prisoner (Ralph Ahn, Philip's brother), and threathens to blow up the whole place, but Ruth manages to calm him down and takes the grenade away from him. 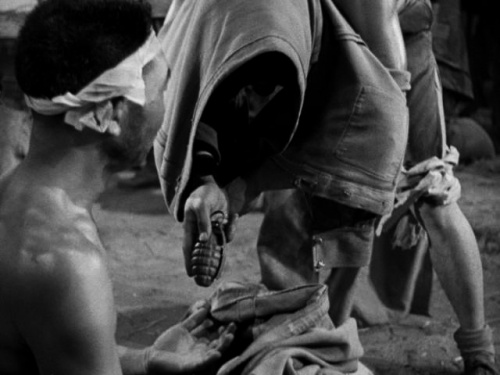 The North Korean prisoner sneaks the grenade to the other prisoner. 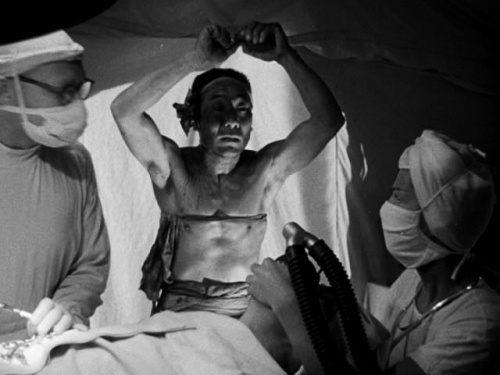 The prisoner threatens the doctors with the grenade.
Retrieved from "https://www.imfdb.org/index.php?title=Battle_Circus&oldid=1442146"
Categories: