Batman: Arkham Asylum is a action-adventure stealth video game based on the popular Batman franchise. It was developed by Rocksteady Studios and published by Eidos and WB Games in 2009 for the Xbox 360, PlayStation 3 and Microsoft Windows. Mark Hamill provided the voice of Joker in the game.

The game takes place on Arkham Island. It starts with Batman apprehending Joker and delivering him to the Asylum. With the help of Harley Quinn, Joker quickly takes control of the whole facility. With bombs scattered around the city, the Defender of Gotham must find a way to stop the Clown Prince of Crime's insane plan and deal with the released prisoners and supervillains before it's too late.

The following weapons were used in the video game Batman: Arkham Asylum:

The guards at Arkham Asylum use Heckler & Koch G36Ks with G36C carry handles and aftermarket stocks as their main weapon. After the inmates are free they take these weapons from armories, and from guards they defeat. This weapon does not deliver as much damage as the shotgun, but its fast firing makes up for it. 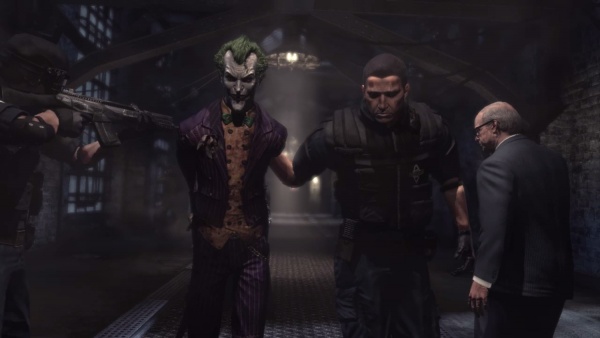 The Joker is being escorted to his cell during the intro of the game. 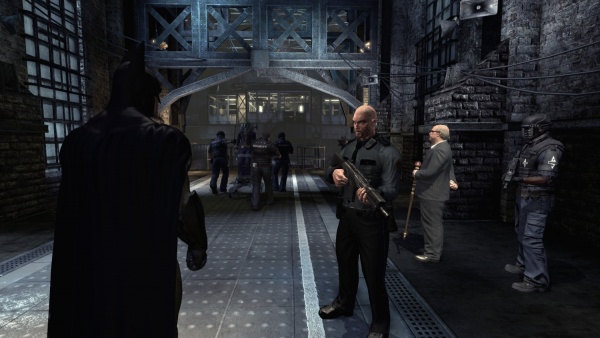 Batman watches Joker being transferred to his cell. 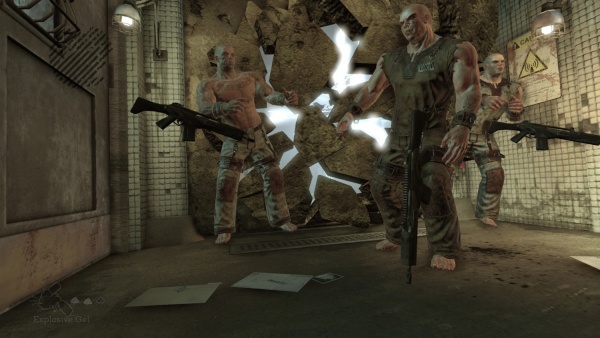 The Explosive Gel is not just good for finding hidden paths... 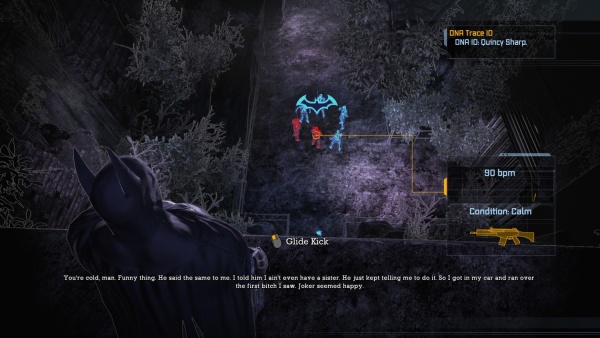 Batman stalks some of the goons while they discuss their family issues. 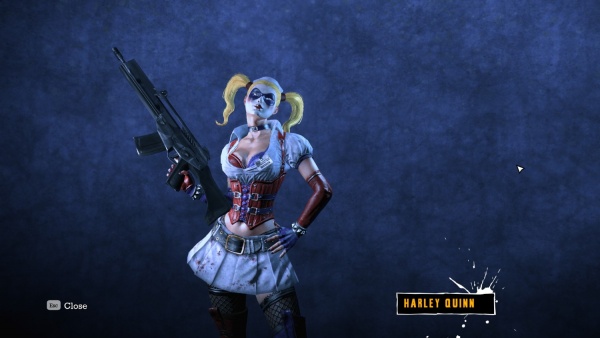 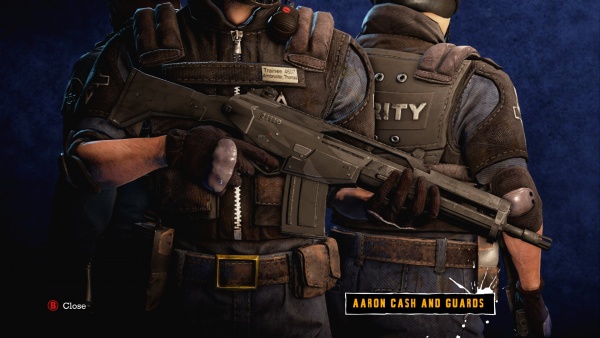 The 636KV in the Return to Arkham remaster.

The pistol-gripped Remington 870 shotgun is used mostly by the high security inmates that are seen with red outfits and they are stronger than the others. These are Arkham Asylum weapons, but the guards do not use it. It can deliver devastating damage to the player if there is a direct hit. 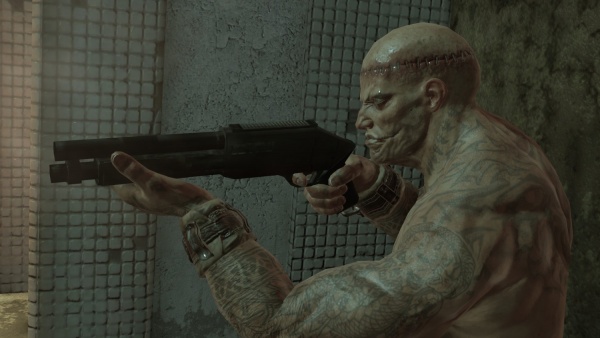 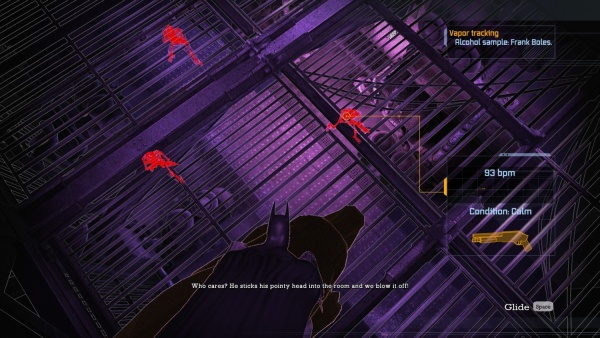 Batman watches some inmates preparing an ambush. One of them has the 870.

A Desert Eagle is the sidearm of Commissioner Gordon, but it is only seen in a shoulder holster. 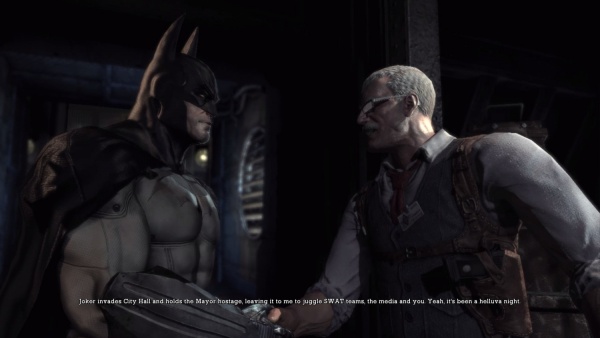 Commissioner Gordon greets Batman at the beginning, we can get a good view of the holstered Desert Eagle. 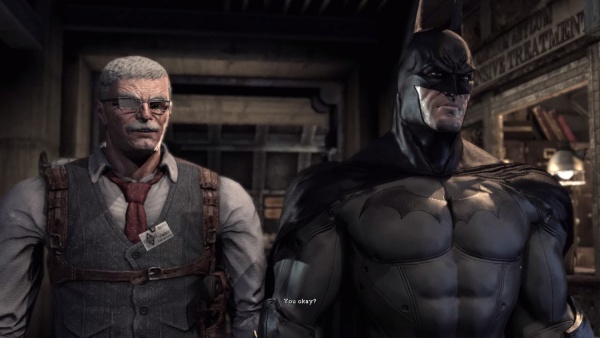 Batman and Commissioner Gordon follow Joker to his cell during the intro part of the game. 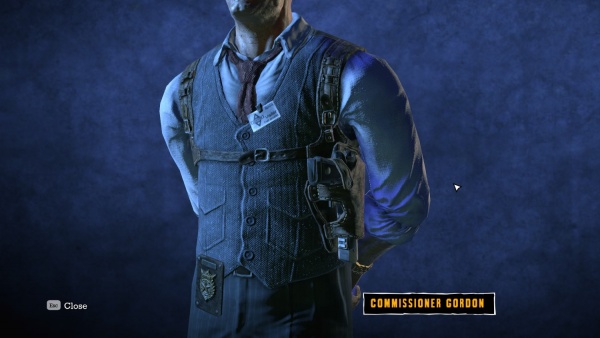 A close up on the Desert Eagle shows that it is equipped with an under-barrel rail. 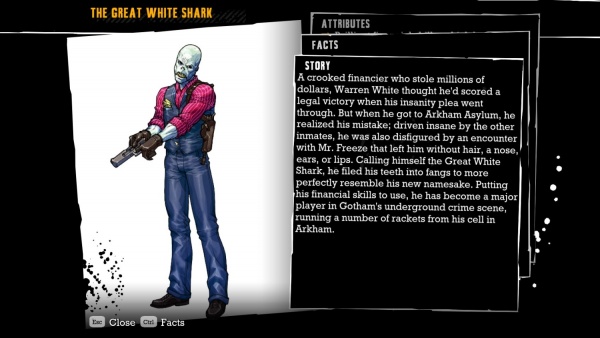 The Great White Shark is also seen pulling the slide of his lazily drawn Desert Eagle on his Character Bio summary. 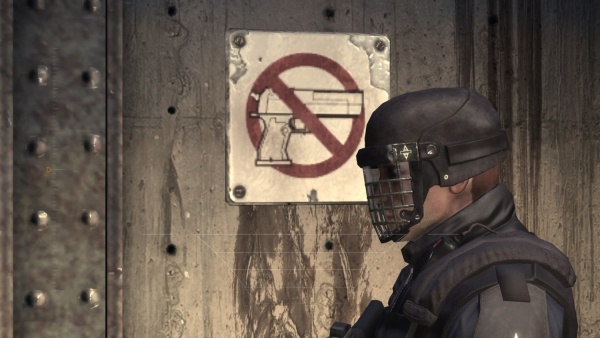 The Desert Eagle is also seen on posters at various high-security places on the island.

The Joker uses a Heckler & Koch USP in an unknown caliber to execute Batman in one of the Scarecrow-induced "nightmares". 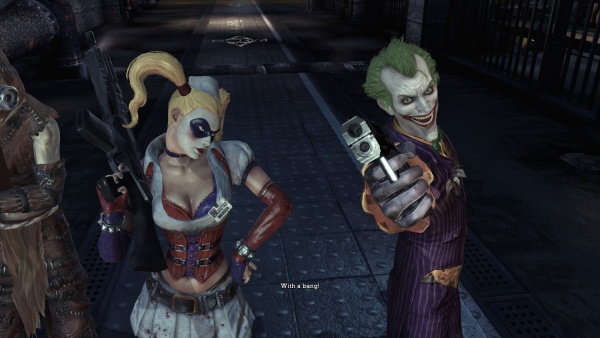 The Joker holds the USP.

The Joker uses a Taurus Raging Bull when you play as him in the PS3 version. It holds only one shot, the trigger guard is large enough to have two of Joker's fingers in it at once, the barrel has a little blood on it, and the front sight is raised slightly. 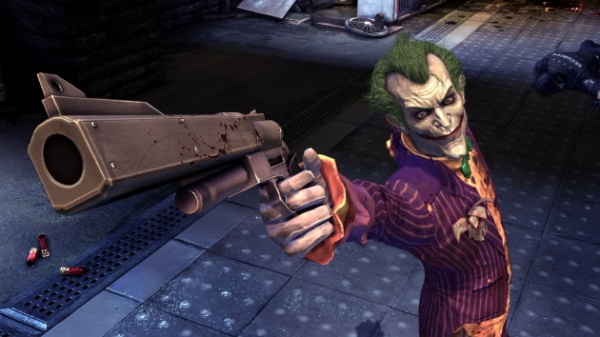 The Joker clowning around with his slightly bloodstained Taurus Raging Bull. 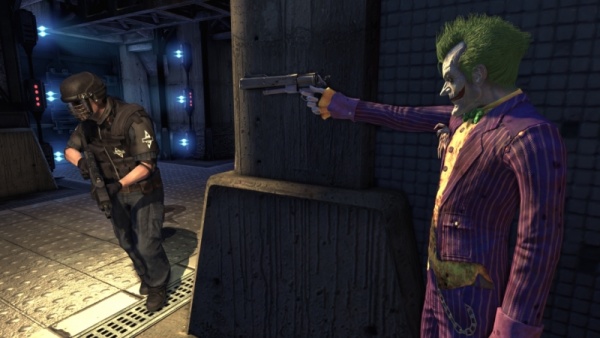 One of the Riddler's puzzle solutions is to find the weapon of an obscure Batman villain, Firefly. While in the game artwork this is a fictional weapon, the weapon in the game itself is an M2 Flamethrower. 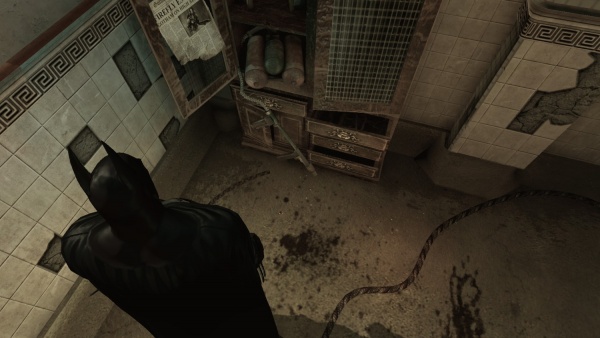 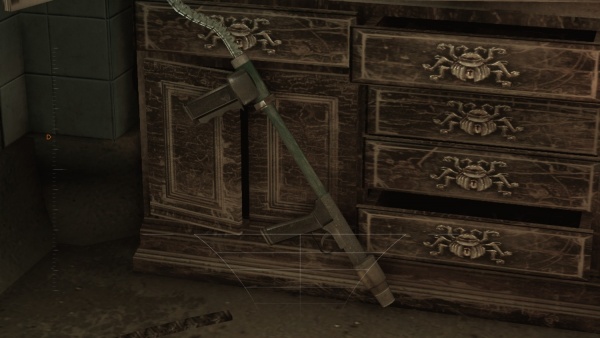 A close-up on the flamethrower.

This semi-auto only M1927 Thompson can be seen in a display case at the Arkham Asylum Penitentiary. The displayed Tommy Gun belongs to Scarface, a puppet controlled by schizophrenic The Ventriloquist (Arnold Wesker), one of the supervillains in the comic series. 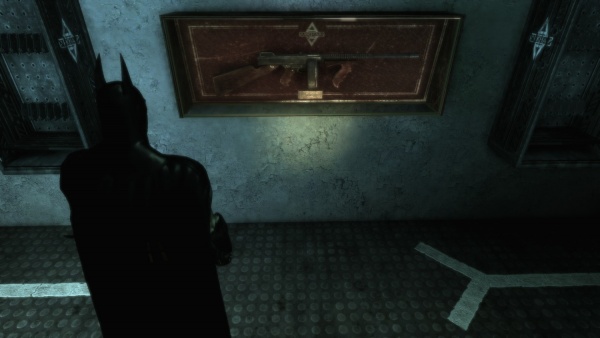 Batman finds the Thompson, which is a solution to one of the Riddler's challenges. 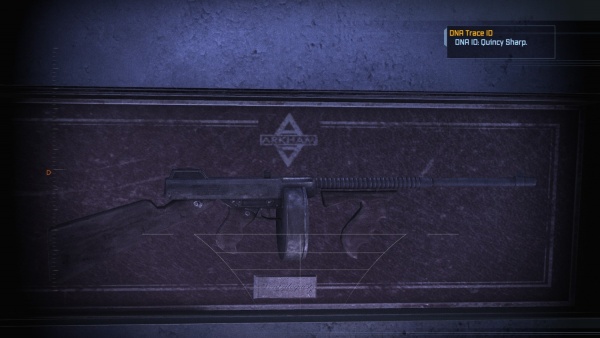 Close-up on the Tommy Gun. Note the civilian 16" barrel.
Retrieved from "https://www.imfdb.org/index.php?title=Batman:_Arkham_Asylum&oldid=1272390"
Categories: