The following firearms were used in the film Angels With Dirty Faces: 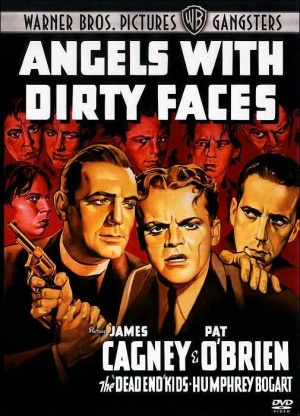 William "Rocky" Sullivan (James Cagney) uses a Colt Official Police throughout the film, often using it alongside his smaller-frame Police Positive. Mac Keefer (George Bancroft) also grabs his own Official Police from a desk drawer when Rocky shoots him and Frazier (Humphrey Bogart). 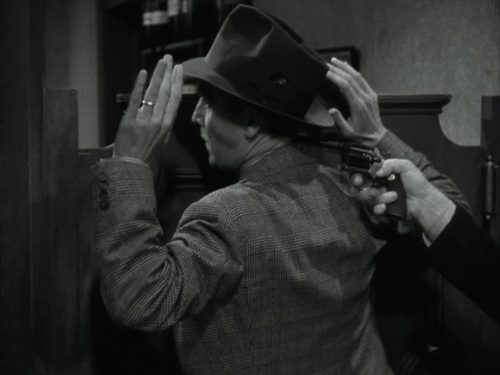 Rocky holds up Blackie, the hitman sent to kill him. 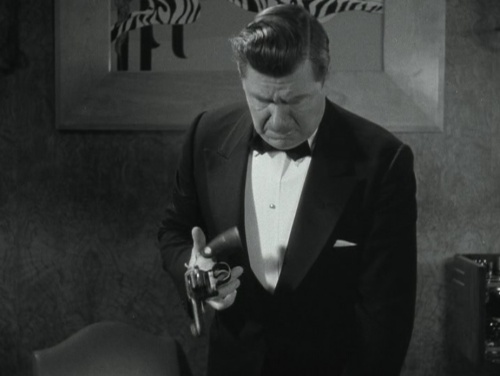 Keefer drops his Official Police when he is shot. As usual in 1930s movies, no actual wounds are seen even though Rocky supposedly shot him in the chest. 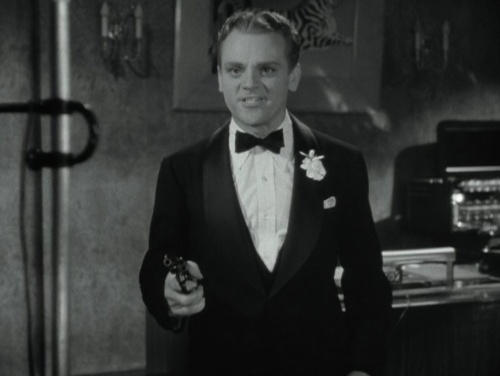 Rocky turns his gun on Frazier. 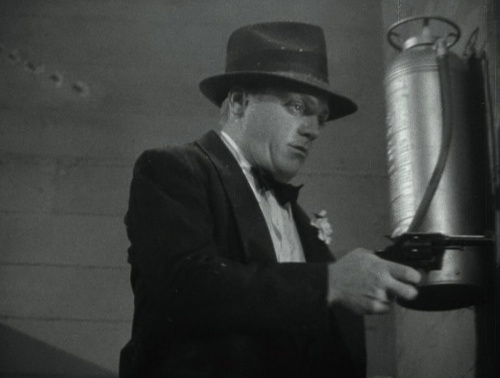 Rocky fires his Official Police when the police corner him in a warehouse. 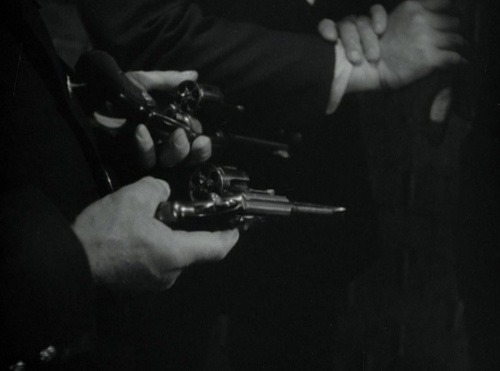 A policeman arresting Rocky opens his revolvers to find them both empty.

Blackie (Adrian Morris) enters the drugstore with a Colt Police Positive, which Rocky takes from him. Rocky uses it throughout the rest of the film alongside his Official Police. One of Keefer's gangsters chasing Rocky out of the nightclub also has a Police Positive. 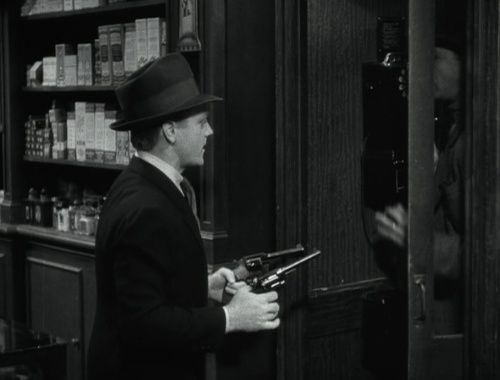 Rocky holds his own Official Police and Blackie's Police Positive on Blackie when he has him take his place in the phone booth. 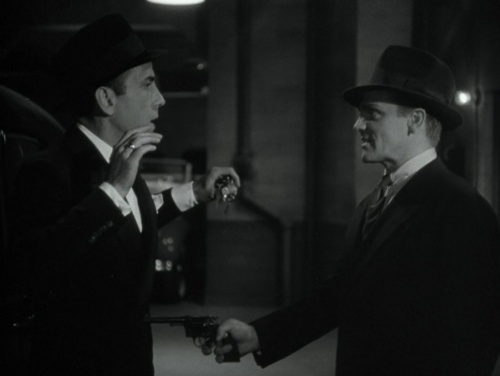 Rocky threatens Frazier in the parking garage under his office. 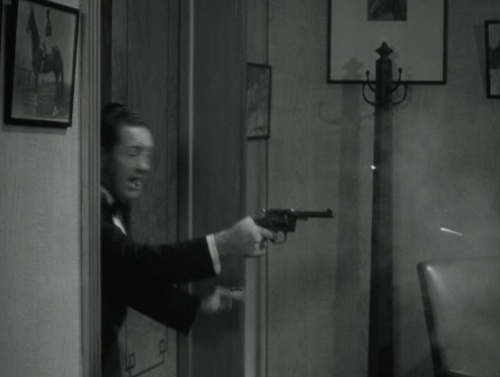 A gangster fires his Police Positive at Rocky. 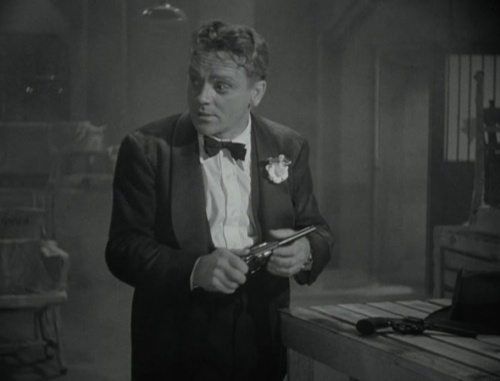 Rocky tries to reload his Police Positive, with his Official Police sitting on the table next to him.

A policeman arresting Rocky opens his revolvers to find them both empty. 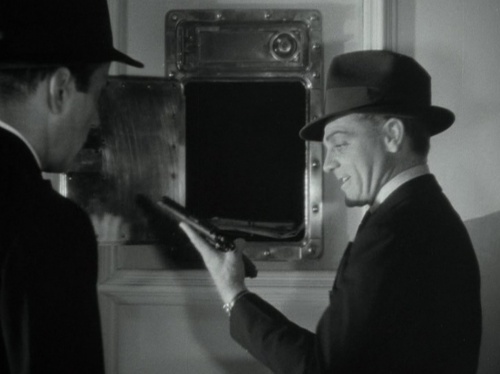 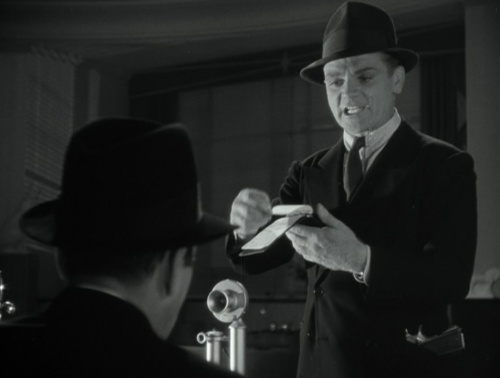 The M1911's grip sticking out of Rocky's coat pocket identifies it as an A1 model.

Several of the policemen during the warehouse siege at the climax carry Winchester Model 1897 shotguns. 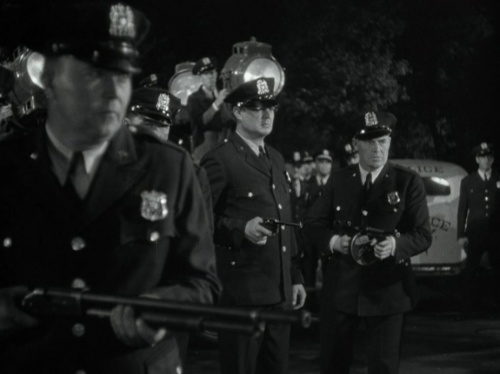 A policeman in the foreground carries a Winchester '97.

Many policeman surrounding the warehouse during the climax have Thompson M1921 submachine guns. 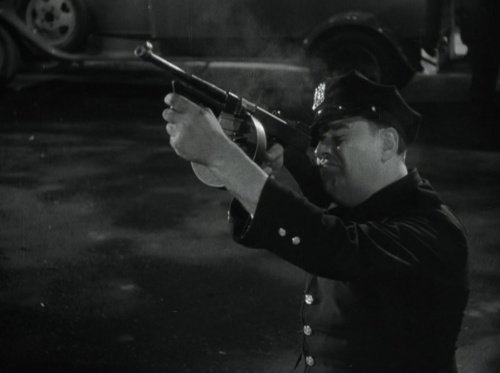 A police officer aims his Thompson at Rocky, eyes closed.

The police fire Federal L-5 Gas Riot Guns into the warehouse to smoke Rocky out. 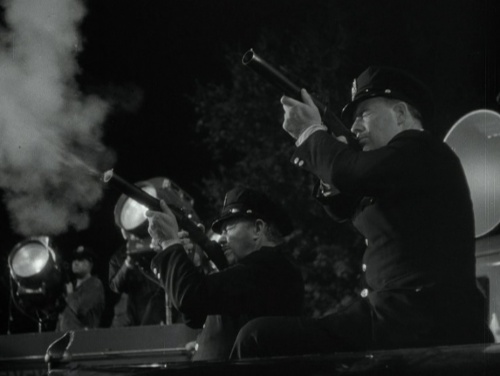