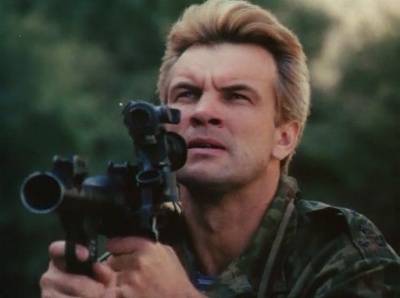 Anatoliy Kotenyov with a discharged RPG-7 as Skif in Deserter (Dezertir) (1997).

Anatoliy Vladimirovich Kotenyov (born September 25, 1958, Sukhumi) is a Soviet and Belarusian film and theater actor. He began his screen career in 1985 and appeared in more then 120 Soviet, Russian, Belarusian and Ukrainian movies and TV series.