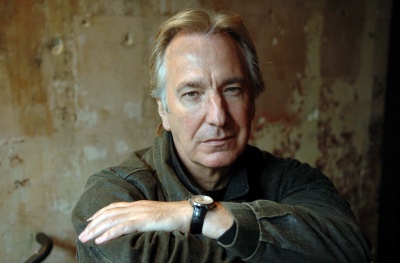 Alan Rickman holds a Colt Army as Eliott Marston in Quigley Down Under.

Alan Rickman (1946-2016) was a British actor who was well known to film audiences for his notable villainous roles including Hans Gruber in Die Hard, the Sheriff of Nottingham in Robin Hood: Prince of Thieves and Elliot Marston in Quigley Down Under. He also appeared as Severus Snape in the Harry Potter film series and as Ronald Reagan in 2013's The Butler. He passed in January of 2016 at the age of 69 after battling cancer.