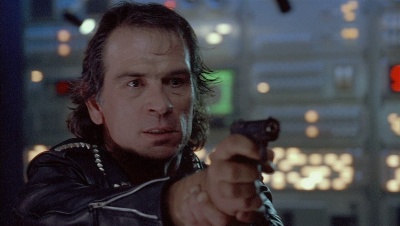 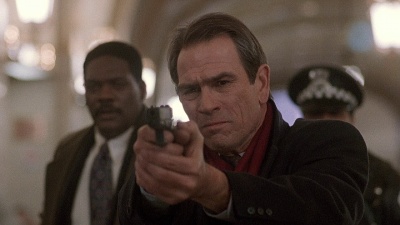 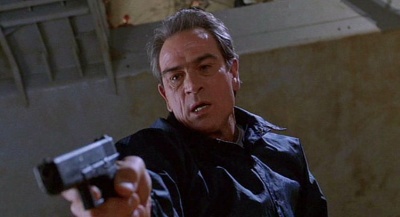 Tommy Lee Jones armed with a Winchester 1894 as Pete Perkins in The Three Burials of Melquiades Estrada (2005).

Tommy Lee Jones is a American actor/director who is well known for his roles in such films and television series as JFK, Blown Away, the acclaimed miniseries Lonesome Dove, as well as appeared as "J" in the Men in Black trilogy. For his role as Deputy US Marshal Sam Gerard in the feature film adaptation of The Fugitive, Jones would receive the 1994 Academy Award for Best Supporting Actor. He would reprise his role in the 1998 continuation film U.S. Marshals. In addition, Jones also has directed several films, including The Three Burials of Melquiades Estrada.

See the Discussion for the films in the IMFDB directed by Tommy Lee Jones.