Rolling Thunder is a classic 1977 revenge flick that starred William Devane and featured one of the first major roles for Tommy Lee Jones. Devane stars in the film as Major Charles Rane, a Vietnam veteran who returns to his small Texas town after being a POW in Hanoi. He then takes on a band of outlaws who killed his loved ones and amputated his hand. The screenplay was co-written by Paul Schrader (Taxi Driver , The Yakuza) and Heywood Gould (Fort Apache, The Bronx) from a story by Schrader. Sometimes referred to as a "Grindhouse" movie, it actually had more effort put into it than many of the Grindhouse films from the 1970's. In actuality, much of the movie is more of a drama than the typical violence-filled revenge movie.Originally the movie was going to be released by 20th Century Fox, but a disastrous advance screening made the company elect not to release it. It was sold to the famous B-movie company American International Pictures (AIP) which is probably one of the reasons it is considered a "Grindhouse" movie. Though a cult classic and a favorite of director Quentin Tarantino, the film only recently became available in the U.S. via the MGM Archive program and a subsequent Blu-ray release.

The following weapons were used in the film Rolling Thunder:

Major Rane (William Devane) carries as his Smith & Wesson Model 28 as his handgun of choice throughout the movie. 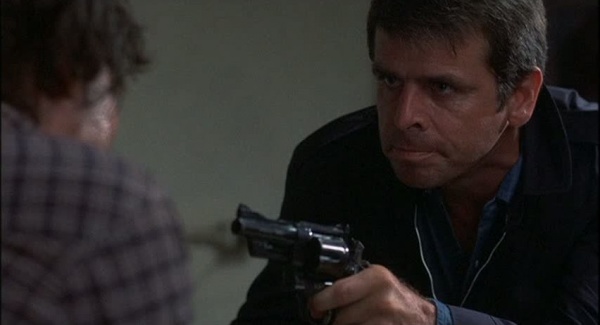 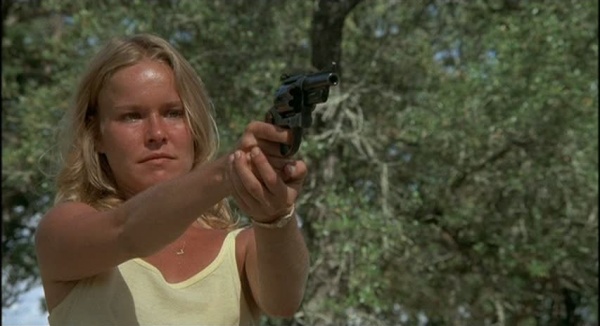 Linda Forchet (Linda Haynes) joins in on the target practice. 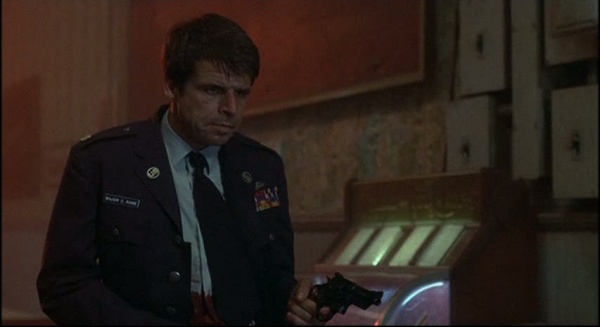 Major Rane (William Devane) showing that payback really can be a bitch.

One of the thugs that Rane (William Devane) is tracking uses a Smith & Wesson Model 19 Snub Nose . 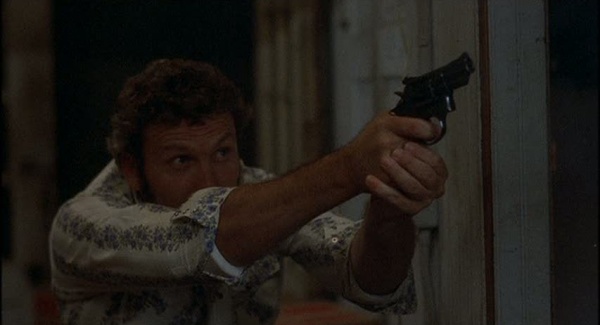 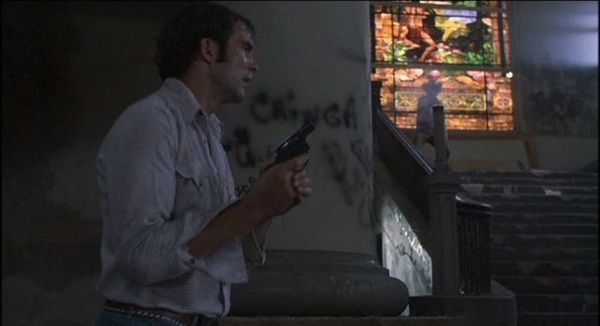 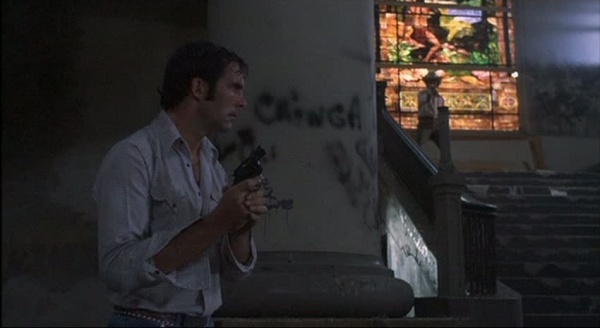 One of the thugs who shoots it out with Cliff appears to use a Smith & Wesson Model 15. 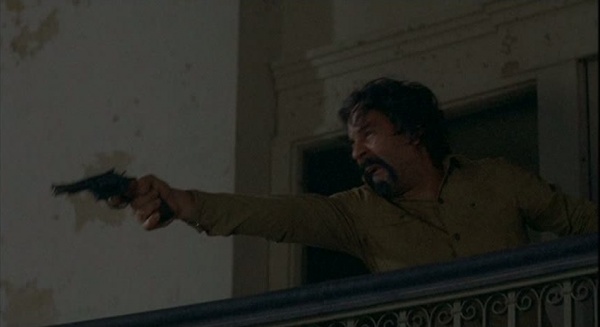 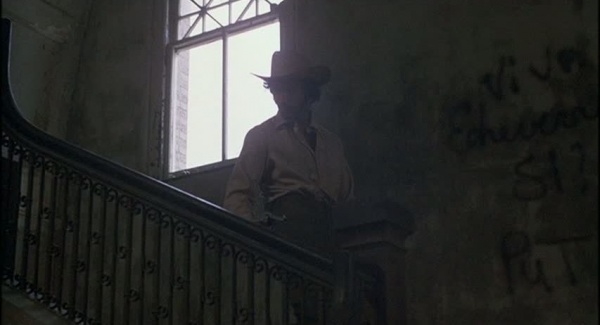 Automatic Slim (Luke Askew), one of the thugs hunted by Major Ranes, (William Devane) prefers a Model 1911A1 Government Pistol. 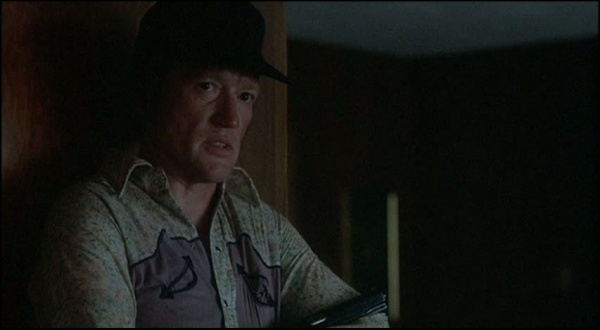 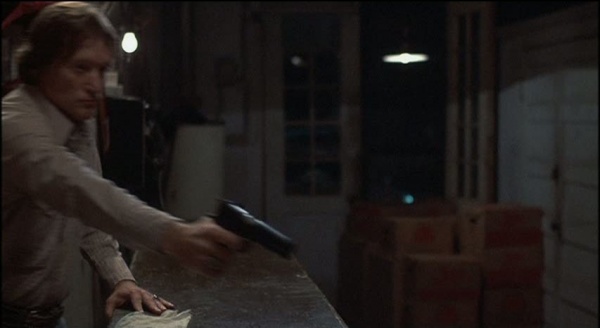 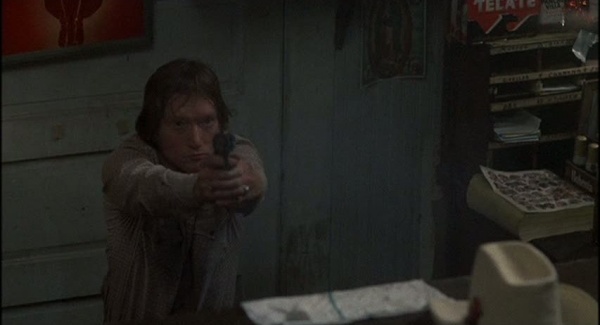 Major Rane (William Devane) cuts down one of his 12 Gauge Double Barreled Shotguns after losing his hand. The movie shows him working the weapon and practicing with it. 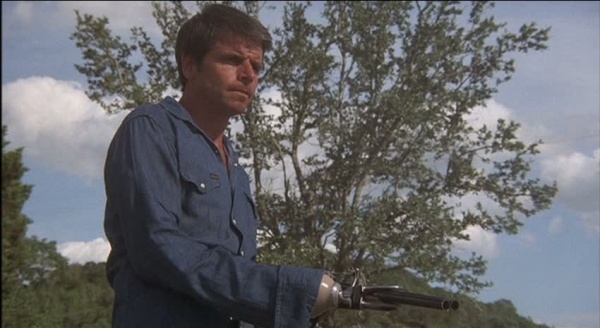 Major Rane (William Devane) with a Cut-down 12 Gauge Double Barreled Shotgun that he cut-down himself before starting his mission of vengeance. 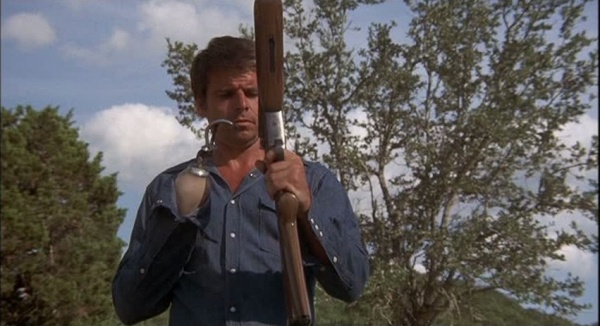 Another view of Major Rane (William Devane) and his 12 Gauge Double Barreled Shotgun. He has to relearn the manual of arms after losing his hand. 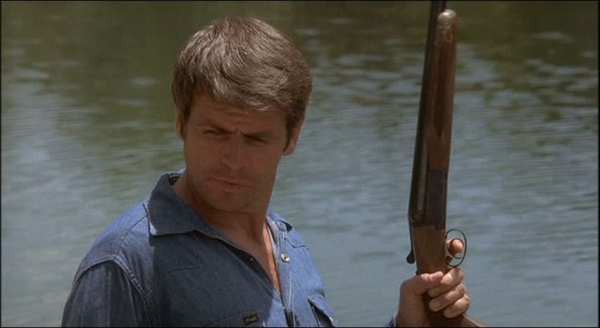 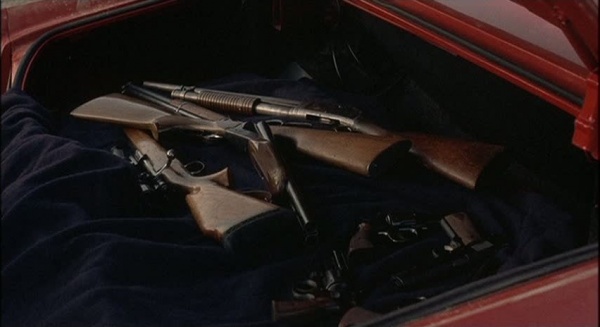 The Winchester Model 1897 is MSG Vohden's (Tommy Lee Jones) only weapon. But he's very effective with it. It's notable that he uses one of the 97 "Take-downs" and it is featured in the movie. 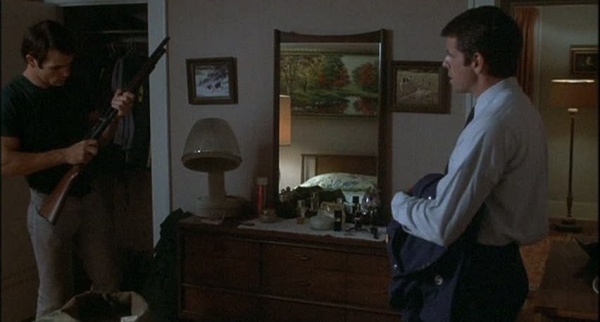 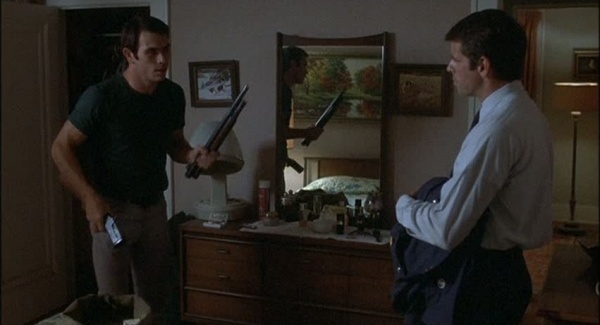 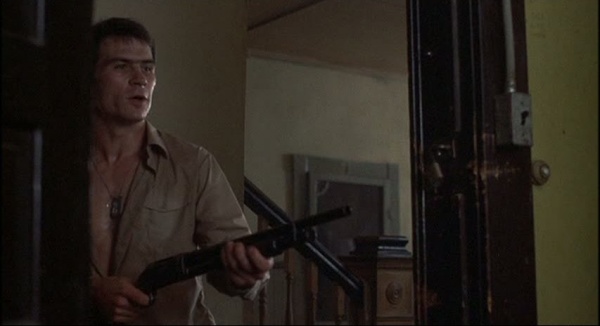 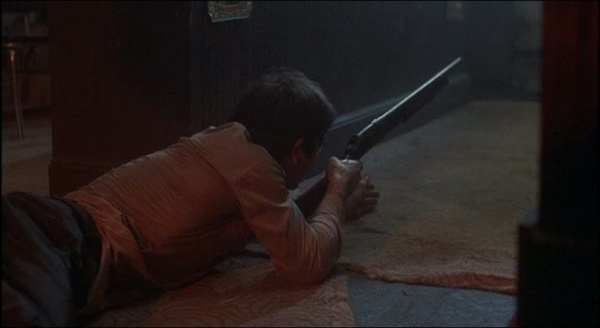 During some target practice Linda Forchet (Linda Haynes), the major's companion and partner, picks up his Remington 870 Field Gun and displays some shooting ability. 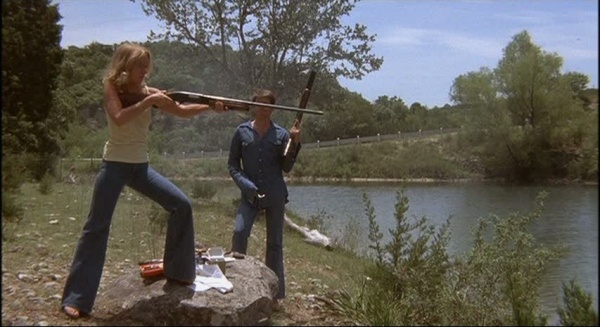 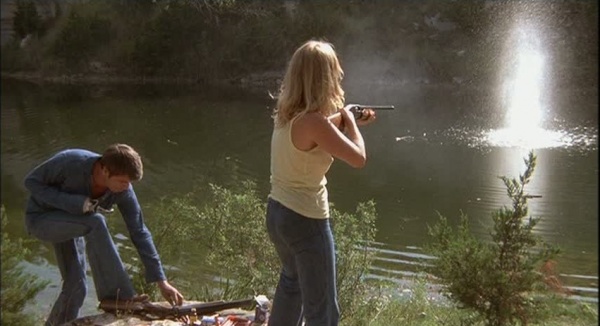 During the flashback scenes to when Major Rane was a prisoner of war in the "Hanoi Hilton" the North Vietnamese guards are shown using M16A1 rifles. 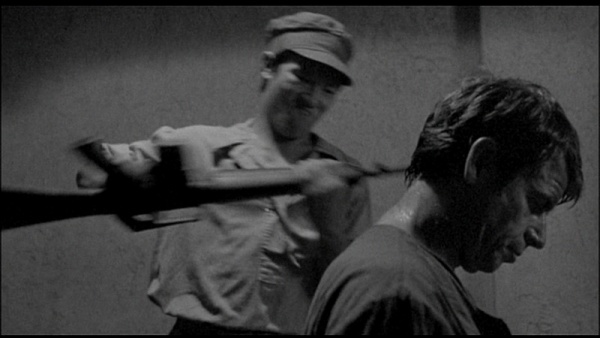 At the beginning of the movie we see a few unidentified firearms on the wall in Major Rane's workshop. We also see several firearms in the trunk of his car once he has begun his self-appointed mission of vengance. 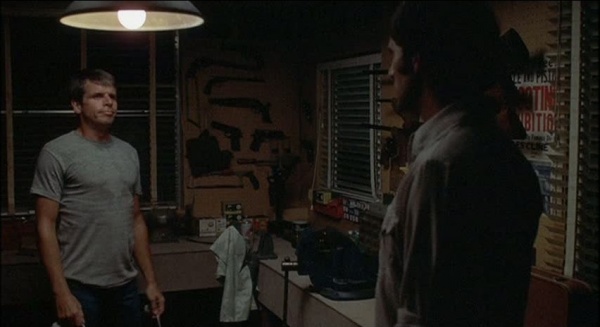 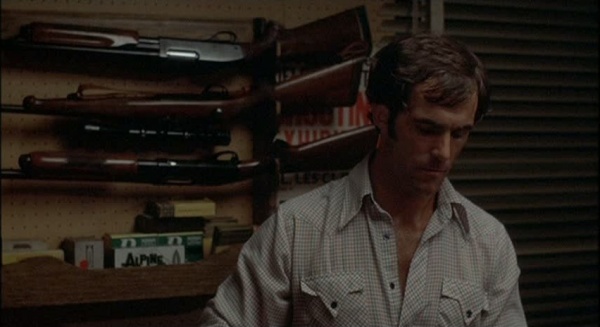