From Internet Movie Firearms Database - Guns in Movies, TV and Video Games
Revision as of 02:49, 7 December 2018 by Wuzh (talk | contribs) (What is this intro. Are these characters or actors?)
(diff) ← Older revision | Latest revision (diff) | Newer revision → (diff)
Jump to navigation Jump to search

The screenplay was co-written by John Huston and adapted from the novel by William R. Burnett (also known for, among others, Little Caesar and Scarface). The film cemented a strong personal and professional connection between Bogart and Huston and provided the breakthrough in Bogart's career, transforming him from supporting player to leading man.

The following weapons were used in the film High Sierra: 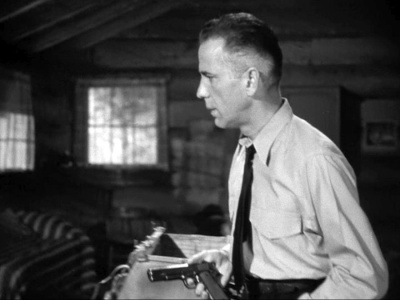 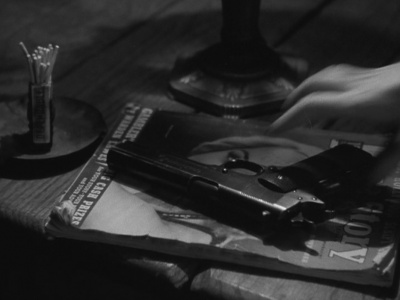 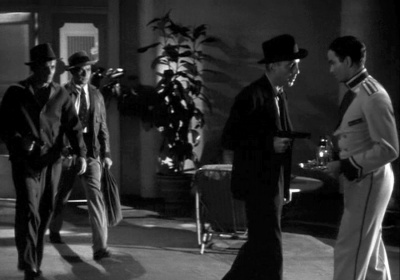 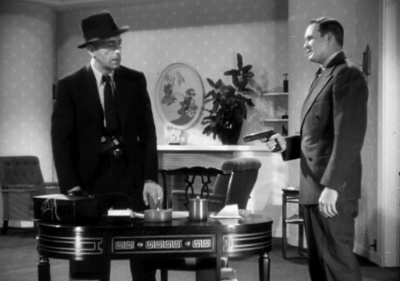 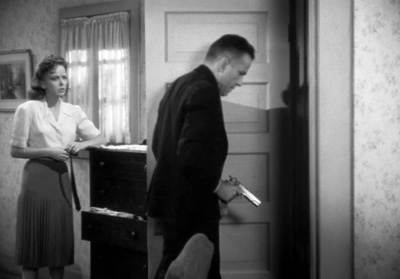 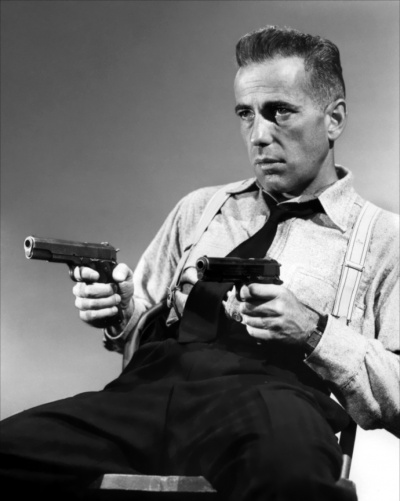 Humphrey Bogart with twin 1911s. A costume and makeup test for the movie with Bogart in character as "Mad Dog" Earle. Photographed in July 1940. 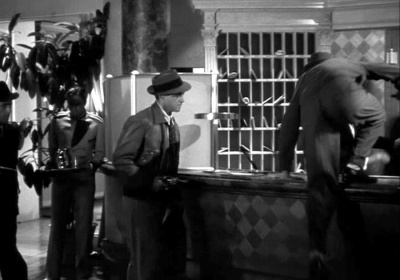 'Babe' with a in his hand as he robs the Tropico 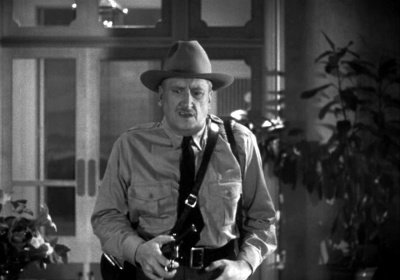 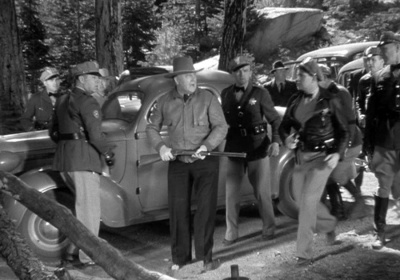 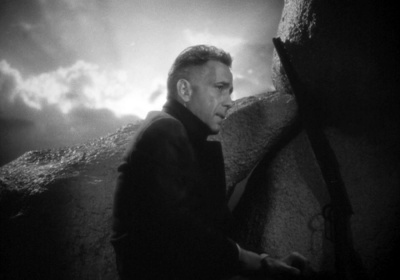 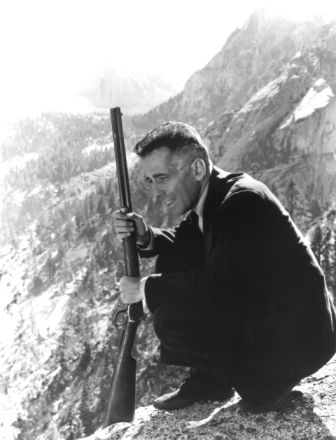 Humphrey Bogart in-character sitting with an 1892 in a promotional shot.

A sporterized M1903 Springfield is used by the sniper Slim (Frank Cordell) during the film's climax. 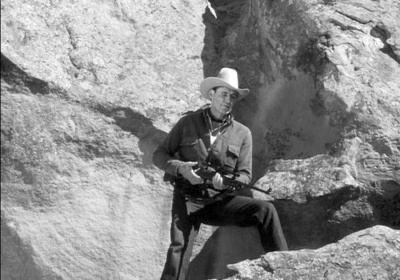 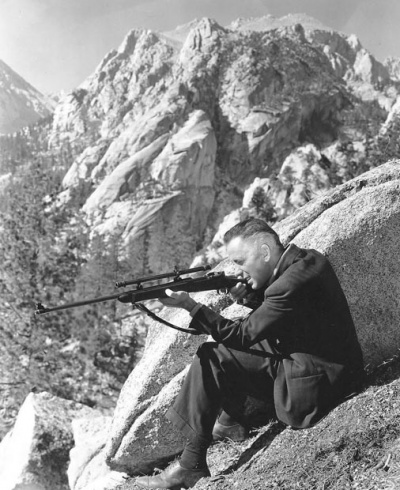 Bogart posing with the Springfield in a publicity photo. 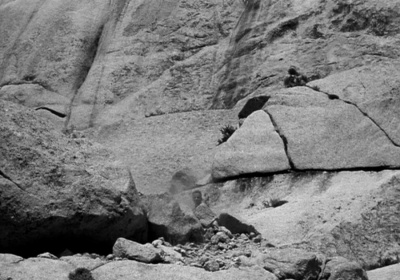 Makeup and costume test photos of Humphrey Bogart in character as Roy "Mad Dog" Earle with the Winchester Model 1912. Photos are dated July 1940. 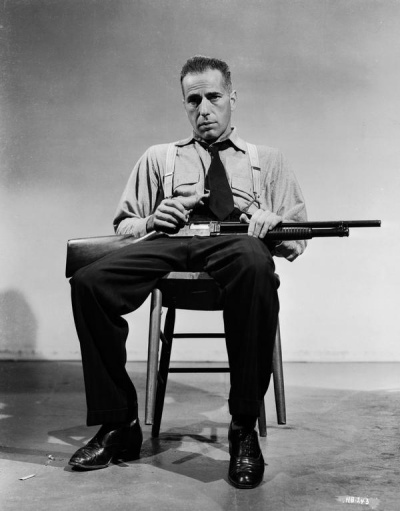 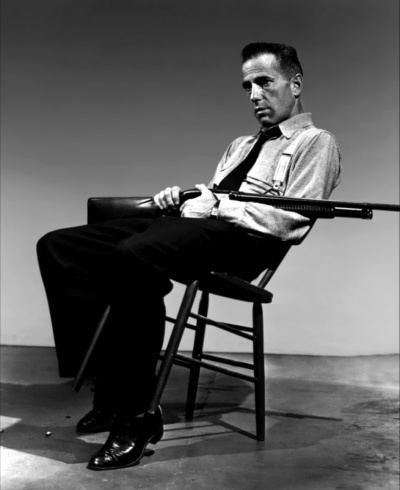