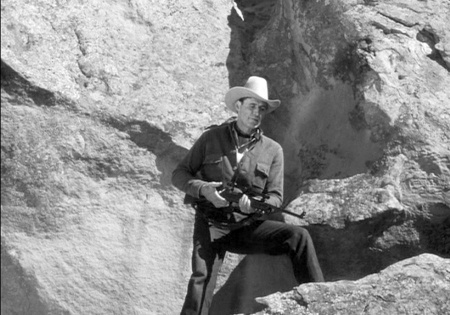 Frank Cordell was a Hollywood stuntman who frequently appeared in uncredited roles in front of the camera during his twenty-eight year career. He is known for his work on The Texas Rangers (1936), High Sierra (1941), The Sundowners (1950) High Lonesome (1950), The Tin Star (1957) and How the West Was Won (1962). Charlton Heston credited Frank Cordell with teaching him how to be a cowboy. He is in the Stuntmen's Hall of Fame. He died on October 25, 1977 in Riverside County, California.