The models 1935A and 1935S are two separate pistols, both designed in response to a 1935 French military competition, and were intended to become the standard French military sidearm. Unfortunately, production, which began in 1937, was inadequate to meet military needs as WWII began in Europe in 1939. During the German occupation of France the 1935A was kept in production by the German army for use by its forces (the second 1935A image is of a German occupation pistol), while production of the 1935S ceased until the liberation of France in 1944. During the post-war years, these were the official French military sidearms, although extensively supplemented by other pistols (MAB Model Ds, Unique Model R, and surplus WWII Allied and Axis sidearms) until production was sufficient to meet French needs. These pistols were not completely replaced by the model 1950 in French military use until about 1970, and also saw extensive service with the Gendarmerie. The 1935A was the design basis for the Swiss 9mm SIG P210, and the 1935S was the design basis for the 9mm French model 1950 (aka MAC Mle 1950). 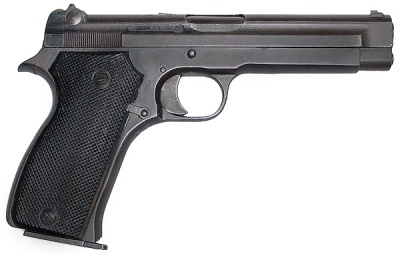 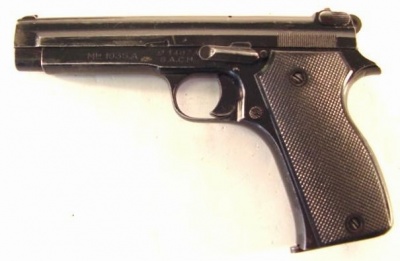 The SACM M1935A and variants can be seen in the following films, television series, video games, and anime used by the following actors: 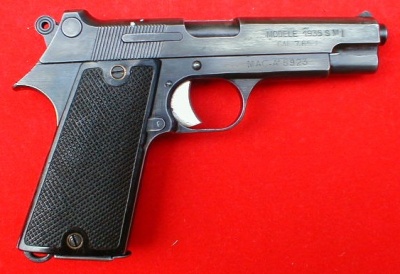 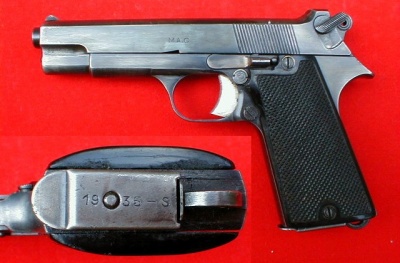