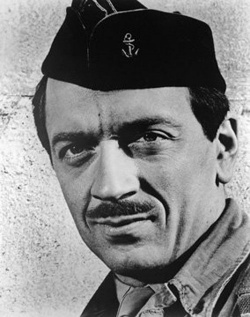 Jean-Pierre Cassel was a French actor. Born 27 October 1932 in Paris. He made his debut in the movie The Happy Road (1957), which was filmed in Paris at the invitation of Gene Kelly. He had noticed him director Philippe de Broca and cast him into prominent roles. He died in Paris 19th April 2007. His son, Vincent Cassel and daughter Cecile continue his craft.