The Cassandra Crossing (1976) is an action thriller directed by George P. Cosmatos (Rambo: First Blood Part II,Tombstone,Cobra). Passengers on board an international express train are threatened by a deadly and highly contagious virus after an infected terrorist stows away on the train following a failed bomb attack. Fearing a global epidemic, U.S. Colonel Mackenzie (Burt Lancaster) orders the train to be hermetically closed and the train to be redirected to a derelict bridge in Poland known as the Cassandra Crossing. The passengers must fight for their lives against the virus and the authorities who are determined to prevent them from escaping.

The following weapons can be seen in the film The Cassandra Crossing:

Several characters use M1911A1 pistols of an unidentified make. Most of these appear to be the same prop. 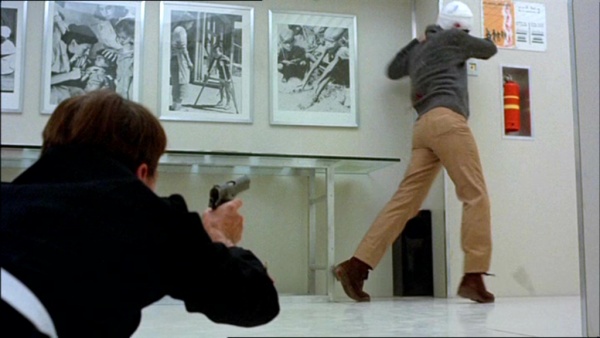 A Marine security guard shoots one of the terrorists attempting to plant a bomb. 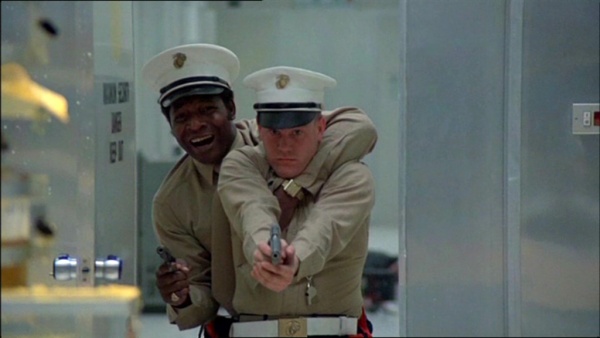 A Marine holds back his comrade after they accidentally shoot a jar containing a sample of the plague virus.

One of the Swedish terrorists who attempts to bomb the American wing of the International Health Organization (Carlo De Mejo) wields a silenced Beretta M951. 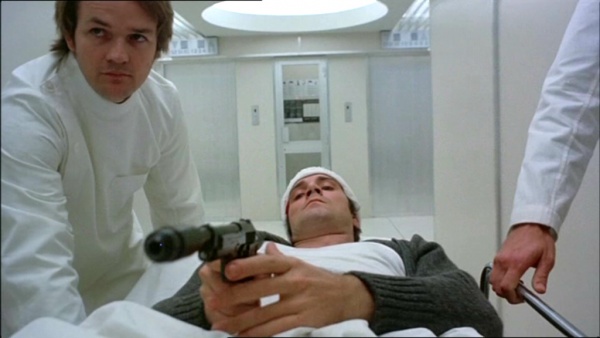 Another one of the terrorists (Lou Castel) uses a Smith & Wesson Victory Model with a suppressor. 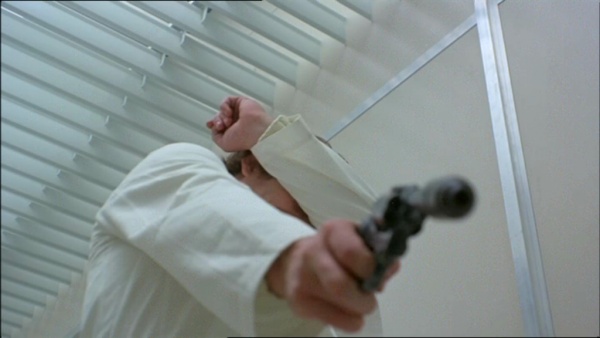 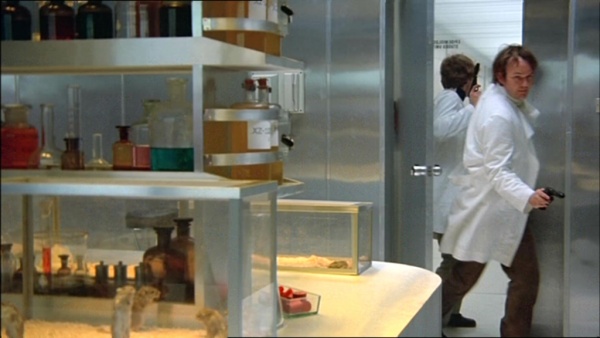 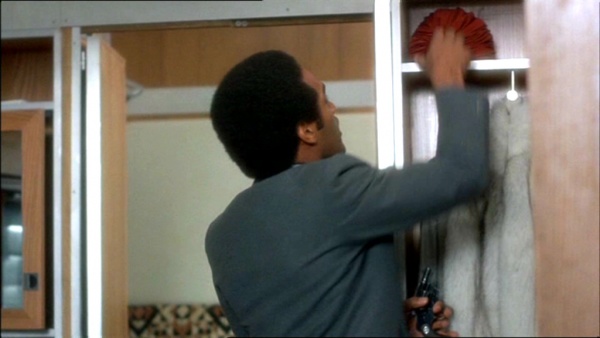 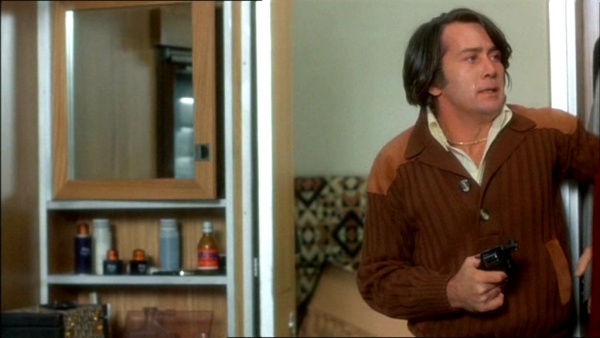 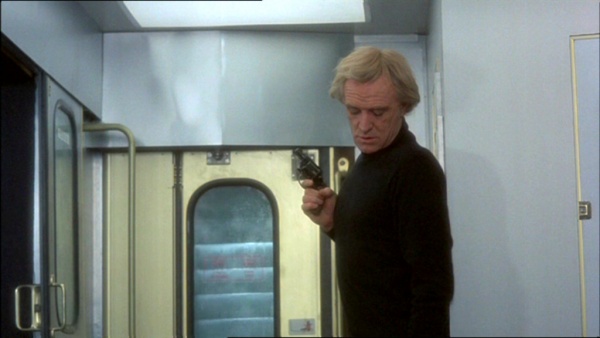 One of the U.S. Army soldiers who board the train to seal off the contaminated passengers carries a Beretta Model 38 submachine gun. 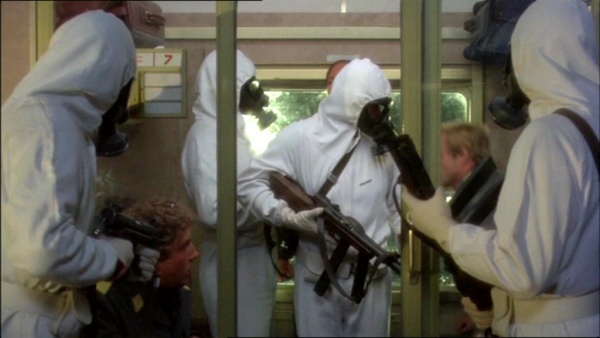 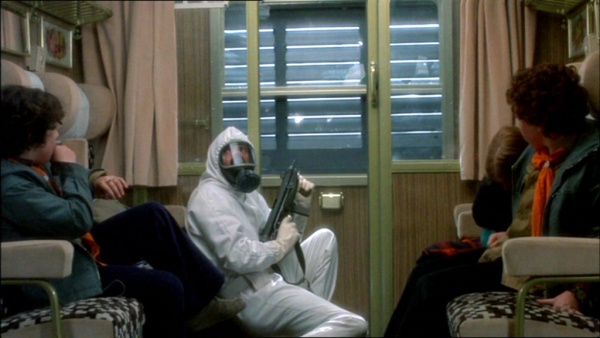 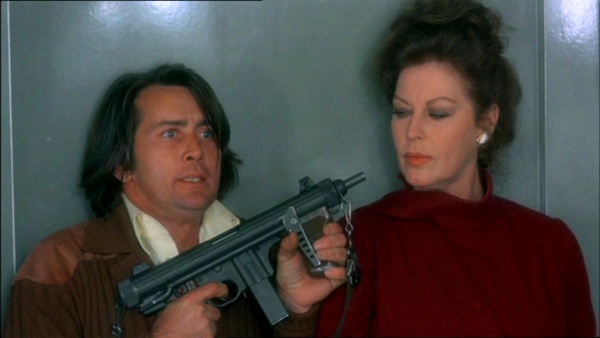 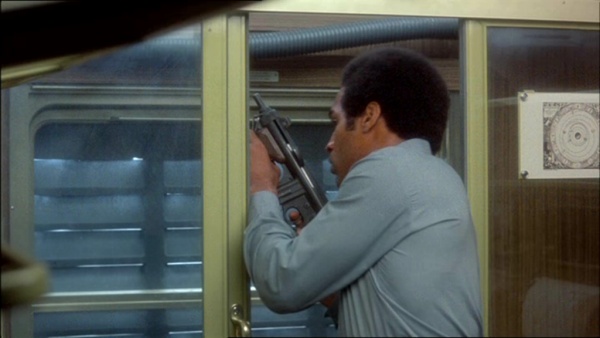 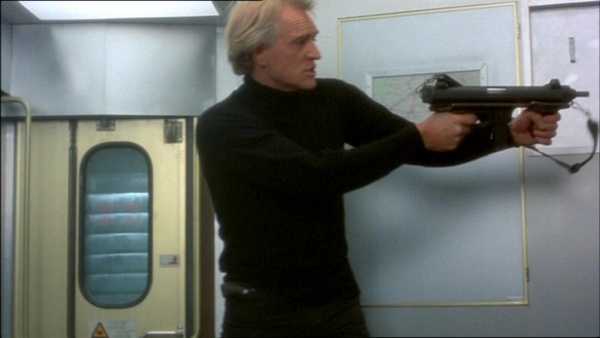 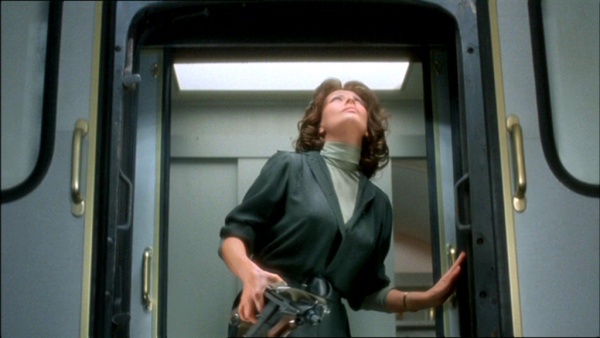 Some of the soldiers are armed with Adler-Jager AP-74s, standing in for M16 rifles. The AP74 is distinguishable by their three prong flash-hiders and the small .22 LR magazines that stick out from the dummy 5.56 magazine.

Adler-Jager AP74 rifle - .22 LR. Note the sharply angled three prong flash hider and the forward assist, which differentiate it from the AP15. 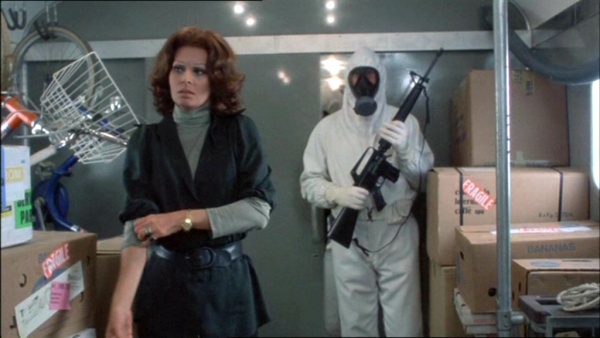