The following weapons were used in the film Death Is Called Engelchen (Smrt sa volá Engelchen): 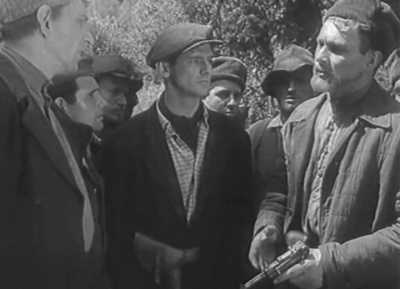 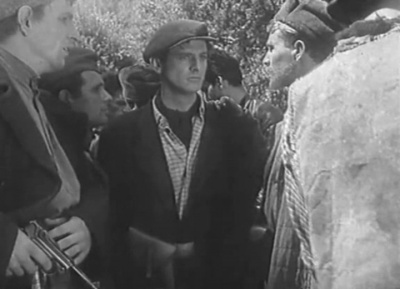 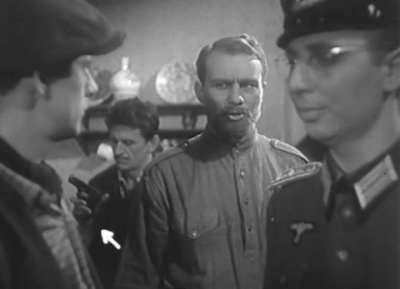 Peter views the weapon confiscated at the captured German officer. 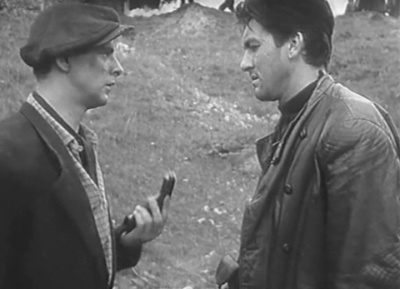 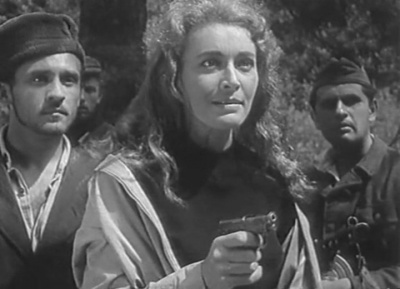 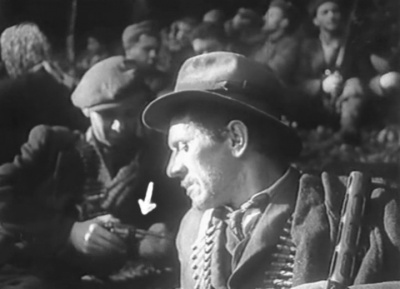 Partisans in the film use mostly a PPSh-41 submachine guns with drum magazine. 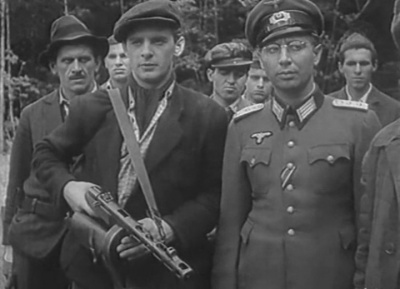 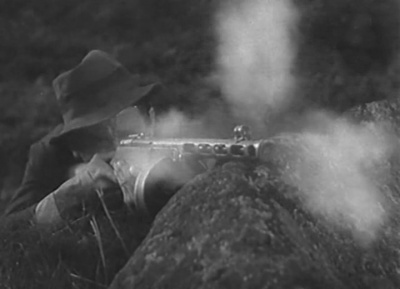 Peter (Július Vasek) mowing down by firing from his submachine gun attacking SS. 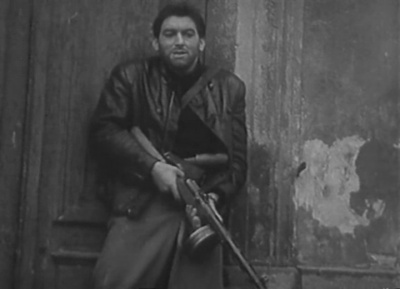 Fred (Stefan Kvietik) armed with a PPSh-41 and a Model 24 Stielhandgranate.

German soldiers and some partisans are armed with a MP40 submachine guns. 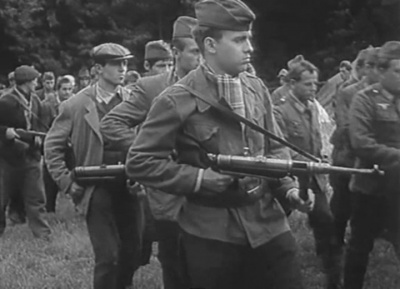 Among partisans are seen VZ-24 Czech Mauser rifles from the Slovak army. 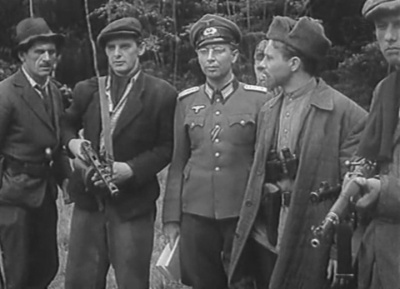 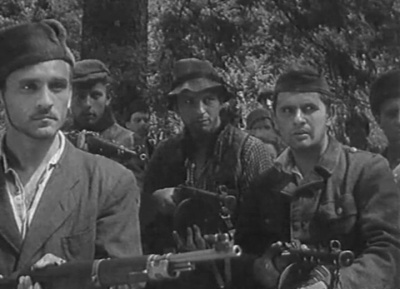 The German rear units are in abundance equipped with a Karabiner 98k rifles. 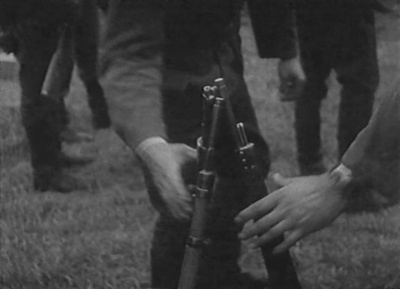 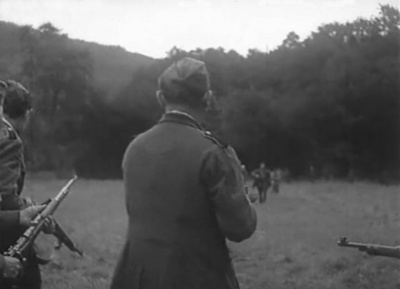 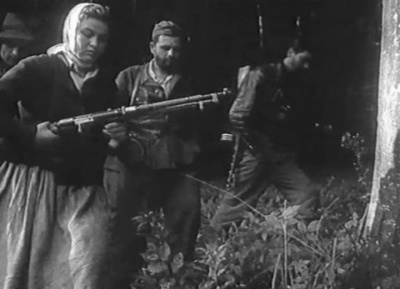 The partisans also have the ZB26 machine gun from armament of the Slovak Army. 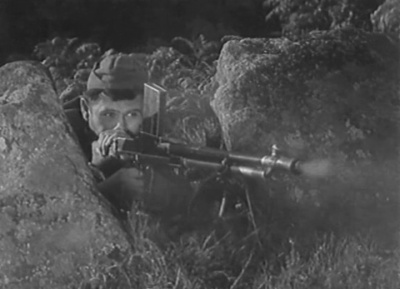 Volodya (Ivan Mistrík) and Fred (Stefan Kvietik) as other partisans are equipped with Model 24 Stielhandgranates. 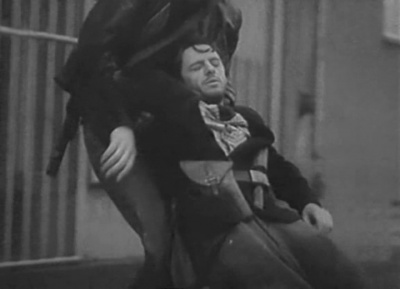 Wounded Volodya (Ivan Mistrík) has a German hand grenade in his belt.

The Panzerfaust loot of partisans has became fatal for their commander Nikolaj (Leopold Haverl). 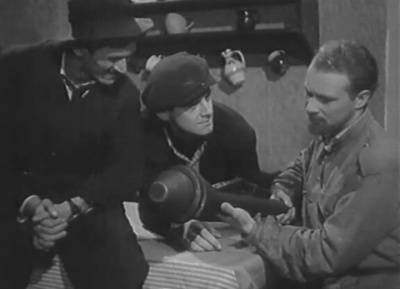 Commander Nikolaj holds a new model of Panzerfaust in his hand. 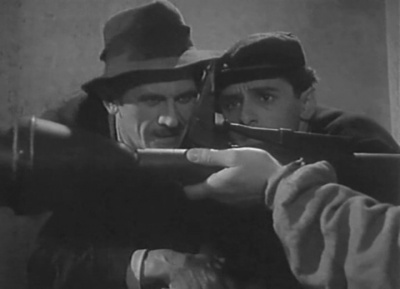