The following weapons were used in the film Kiss Kiss, Kill Kill:

Walker holds a revolver in the opening scene.

Walker in O'Brien's abandoned villa with a revolver in hand.

A henchman fires at Rowland.

Rowland holds his revolver. Arminius-style medallion is seen on the grip.

Walker's revolver is dragged by a powerful electromagnet. The typical shape of the grip is seen.

In the climactic scene some of O'Brien's henchmen are armed with Luger P08 pistols.

A henchman at the right aims his Luger at Joan.

A Luger is seen at the left.

In one scene a thug tries to kidnap Walker, using a pistol that appears to be an FN Model 1922.

A thug holds Walker at gunpoint.

Numerous henchmen on O'Brien underground base are armed with MP38s. During the shootout Walker (Tony Kendall) and Rowland (Brad Harris) widely use captured MP38s.

A henchman holds an MP38.

A pair of henchmen with SMGs.

Rowland's SMG is dragged by a powerful electromagnet.

Colt Mk 12 cannons are mounted on F-8 Crusader fighter planes and A-4 Skyhawk attack planes that appear in the scene on USS Shangri-la carrier. 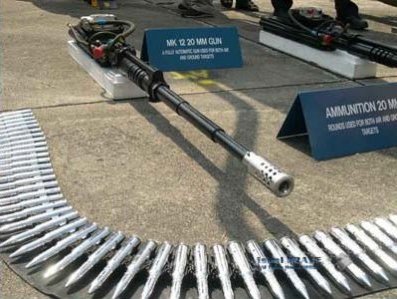 Many guns in the movie appear to be toys, used for its unusual outlook.

Kan readies the gun to fire at a target on the rooftop.

O'Brien's medic (Ingrid Lotarius) tries to get the gun but Walker stops her.

O'Brien's fembots appear to be using a modified German Ideal Water gun with a muzzle device to provide flash.

A side view of the gun.