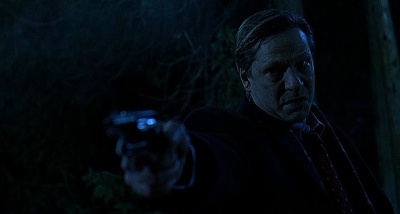 Chris Cooper with a Smith & Wesson Model 60 as Robert Hanssen in Breach.

Chris Cooper with a Heckler & Koch HK91 as FBI Special Agent Grant Sykes in The Kingdom.

Chris Cooper is an American actor who is often cast in military and law enforcement roles in such films as American Beauty, The Patriot, The Kingdom, and Jarhead. He also received an Academy Award for Best Supporting Actor for his role in the 2002 film Adaptation.