Casino (Rus. Казино; Kazino) is a 1992 Russian made for TV crime thriller directed by Samson Samsonov (Ognennye versty, Optimisticheskaya tragediya) and based on the novel "Well Now, My Pretty..." by James Hadley Chase.

The following weapons were used in the film Casino: 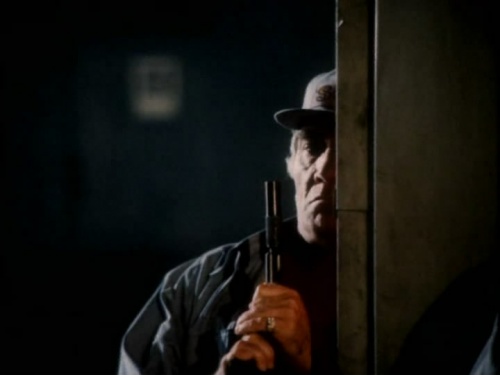 Jack Perry holds a suppressed M1911A1 during the robbery. 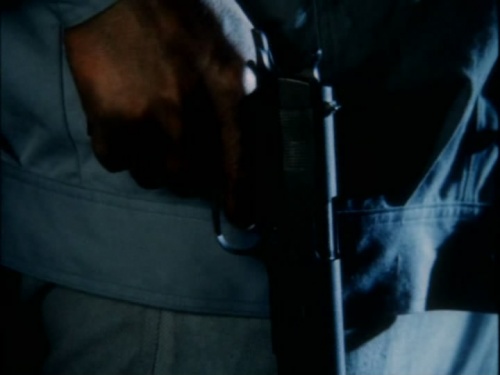 A close view of Smith's pistol. 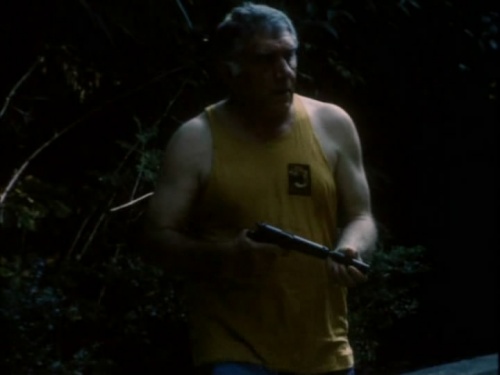 Perry disassembles the suppressor. It appears to be screwed inside the barrel. 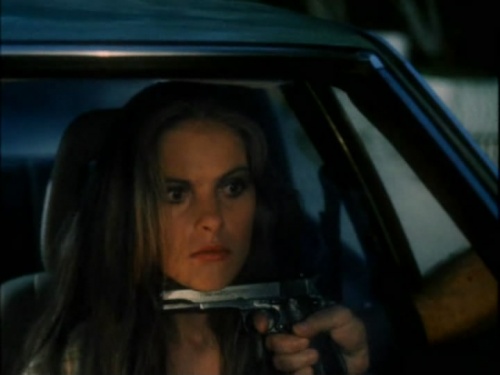 Perry's pistol is seen close when he threatens a girl on the beach. This pistol may lack the grip safety that allows to guess that this is a Star Model B but it's not for sure. 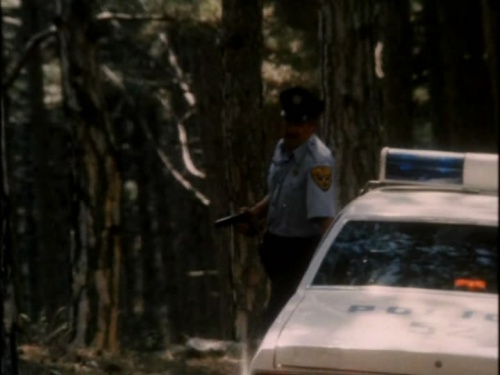 Jess Chandler (Valeriy Smetskoy) uses a Luger P08 during the robbery and in following scenes. 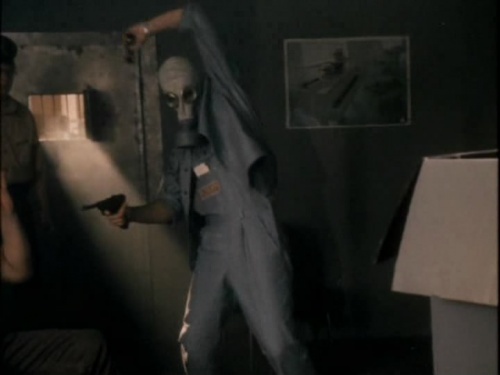 Chandler in gas mask holds a Luger and a balloon with sleeping gas. 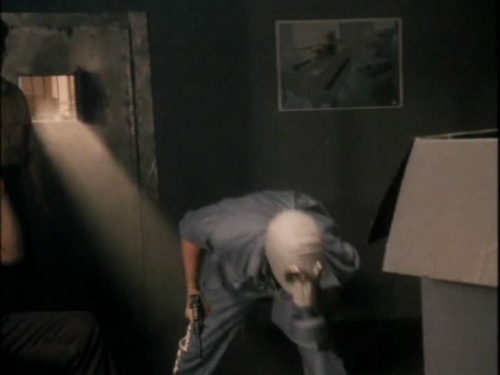 Another view of Chandler's pistol. 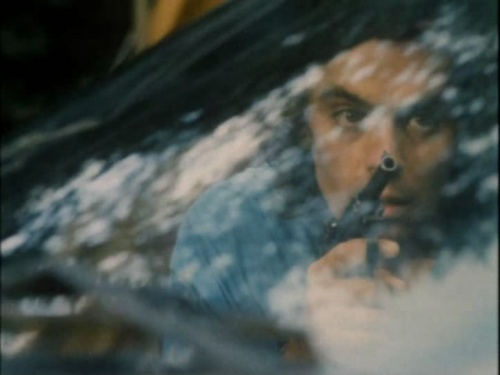 The pistol is seen when Chandler looks through the windshield of Perry's car.

During the robbery the plainclothed female police officer Jane Lepski (Olga Koposova) uses a compact pistol that appears to be a Mauser HSc. It's worth noting that this character is a substitution for Det. Tom Lepski, a recurring character in many J.H. Chase novels. 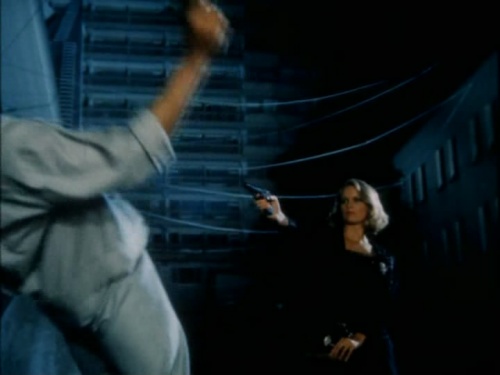 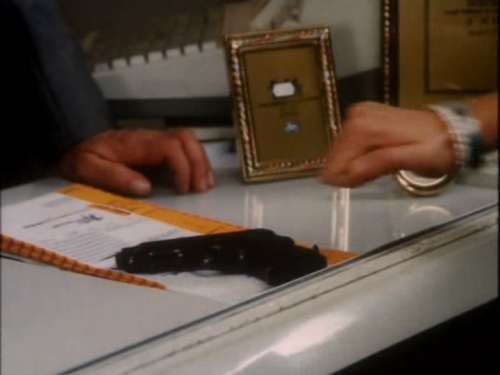 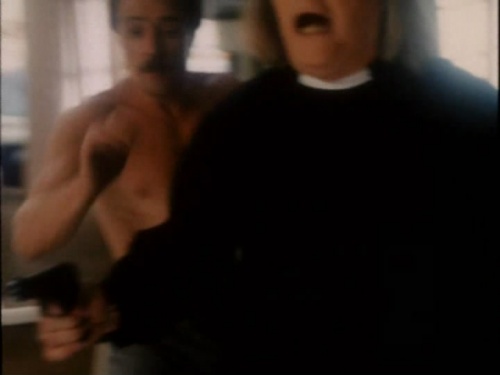 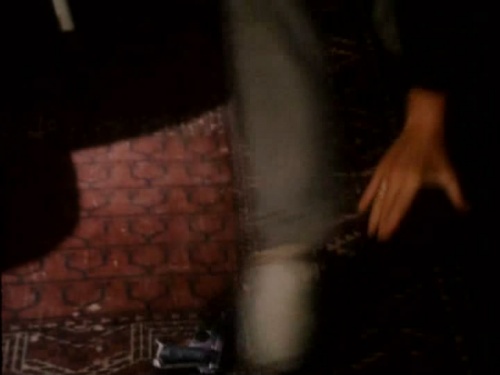 Serge Maisky (Eduard Martsevich) carries a pistol that appears to be a vz.82, Czechoslovakian pistol in 9x18mm caliber. 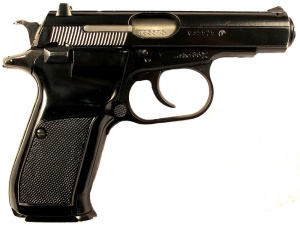 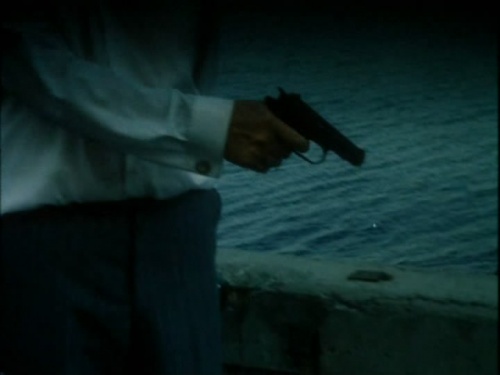 A close view of Maisky's pistol. 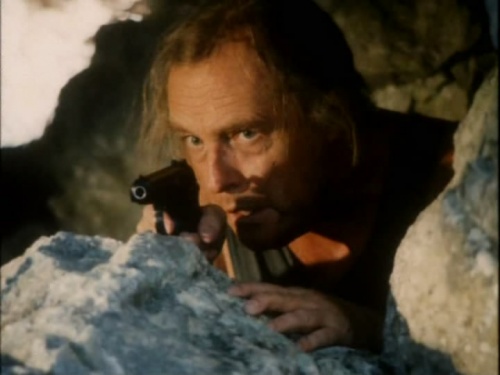 Maisky waits in ambush with his pistol in hand.

During the robbery a security guard fires a revolver that appears to be a Nagant M1895. 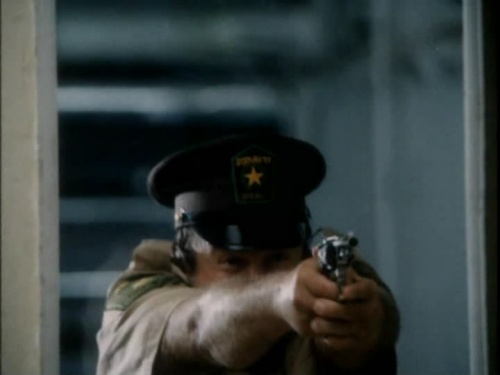 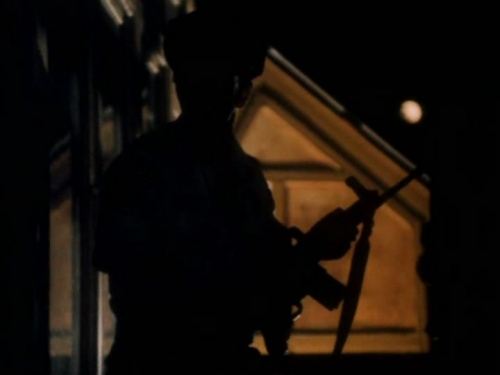 A police officer holds a fake M16 when entering the bungalow. 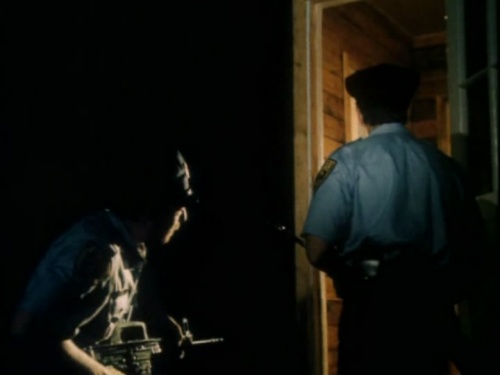 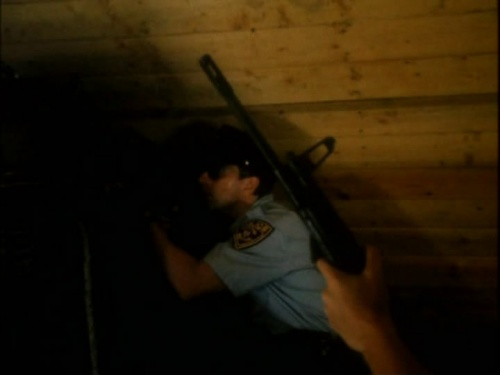 Police officers fire at Collins and Chandler who hide on the attic.

When Serge Maisky (Eduard Martsevich) appears in Whiteside's house, he threatens Sheila Whiteside with a water pistol, loaded with strong acid. It is apparently made in the likeness of the Colt Model 1903/1908. 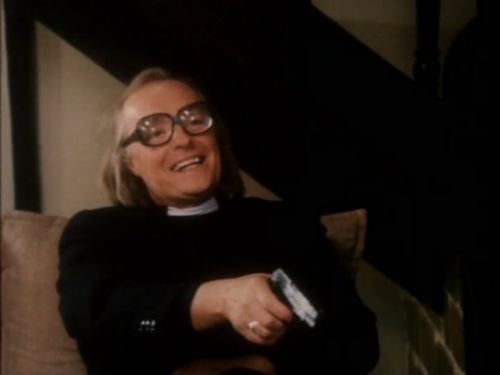 Maisky, disguised as a priest, shows Sheila his gun.
Retrieved from "http://www.imfdb.org/index.php?title=Casino_(1992)&oldid=1431418"
Categories: