Miles of Fire (Ognennye versty) is a Soviet 1957 action movie directed by Samson Samsonov. The story takes place during the Russian civil war. Red commissar Grigory Zavragin (Ivan Savkin) must go to a town, besieged by White Army. He is accompanied by several men including a doctor, a nurse, a theatre actor and a veterinarian. The latter appears to be a White spy who tries to stop Zavragin.

The following weapons are seen in the movie Miles of Fire (Ognennye versty):

Beklemishev (Vladimir Kenigson), Roslavlev (Anatoly Osmolsky) and several other character carry Nagant M1895 revolvers. In the final scene Zavragin (Ivan Savkin) also uses a Nagant instead of Mauser C96 which is his personal weapon during the movie. All Nagants in the movie are of post-1930 model. 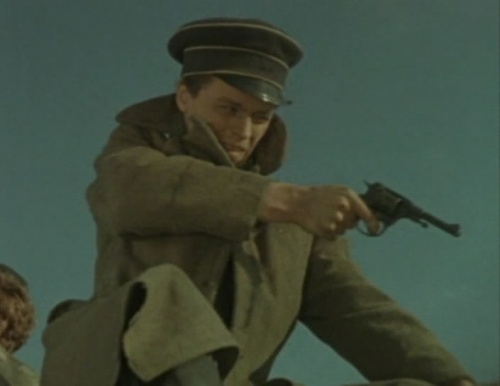 Roslavlev fires his Nagant in the opening scene. 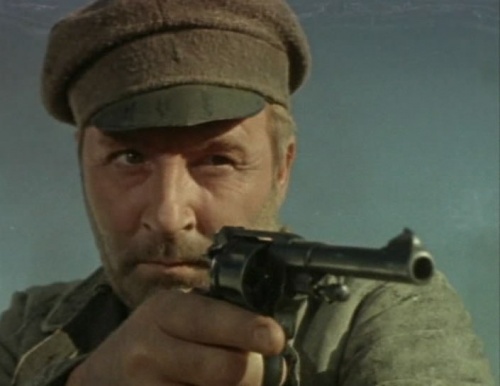 Beklemishev fires his Nagant in the opening scene. 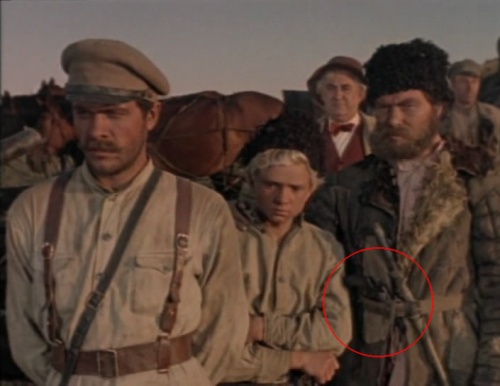 Varekha (Yevgeni Burenkov) carries a Nagant tucked at his belt. 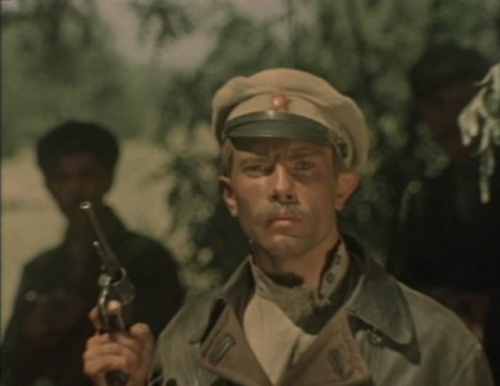 A Red Army commander with a Nagant. 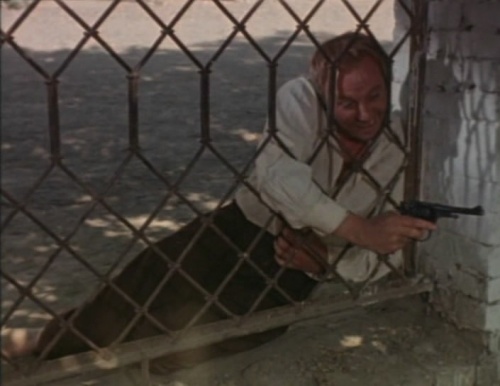 Beklemishev with Nagant in the final scene. 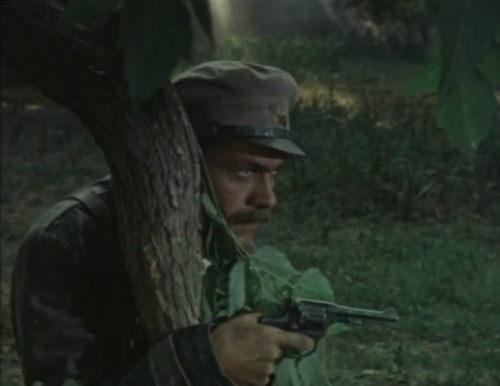 Zavragin with Nagant in the final scene. 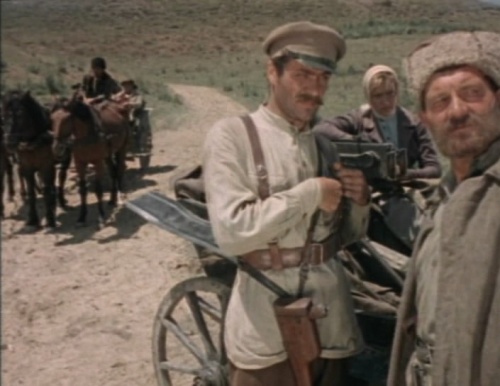 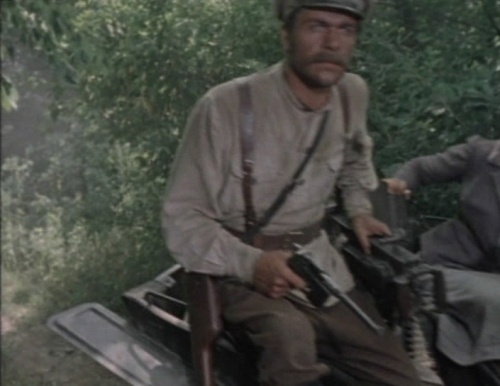 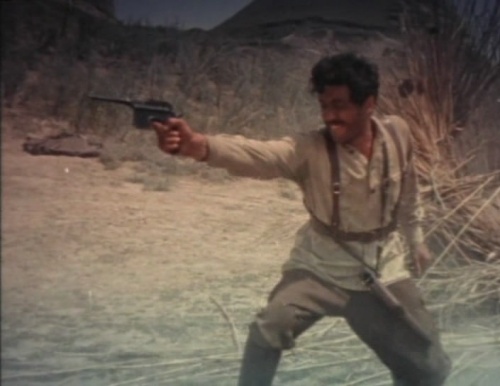 Many characters are seen with anachronistic Mosin Nagant M1938 Carbines. 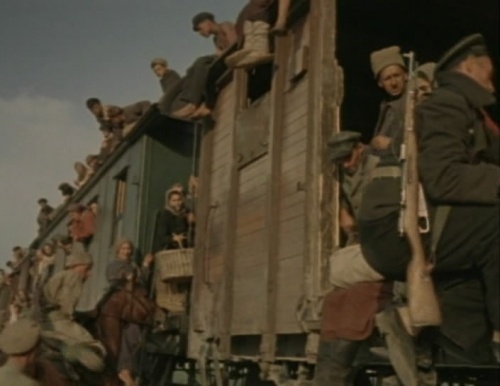 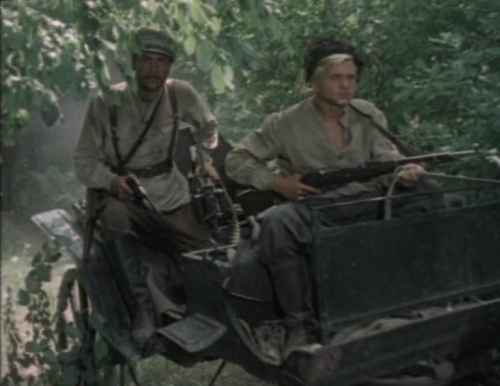 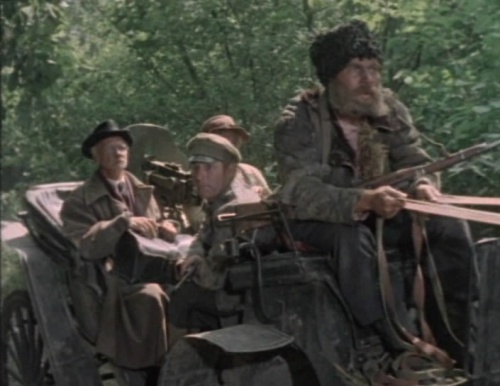 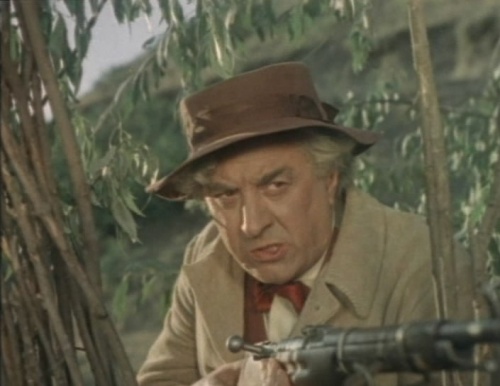 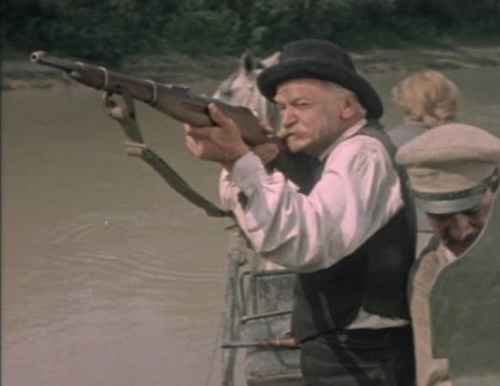 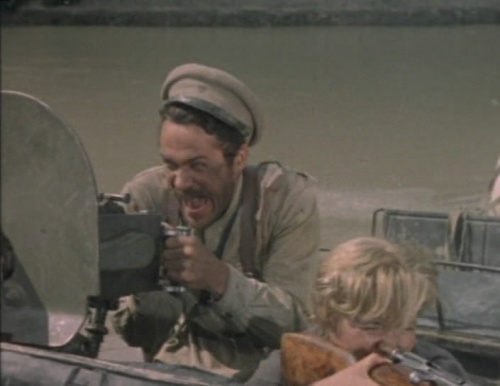 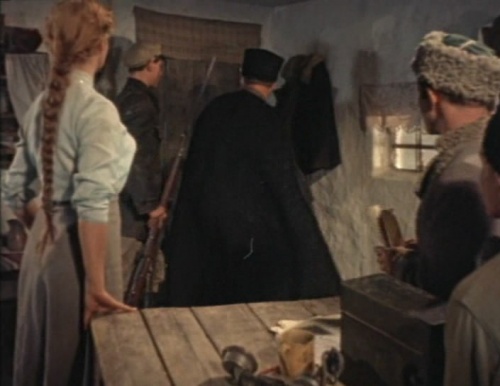 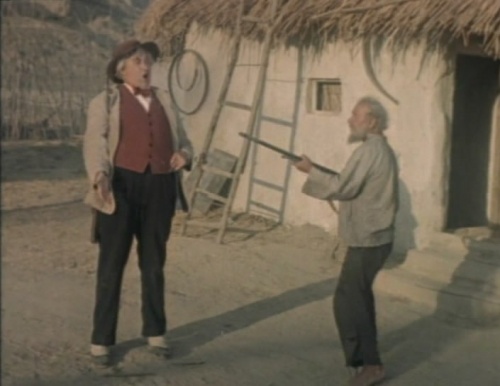 Yegor aims his shotgun at Orlinsky... 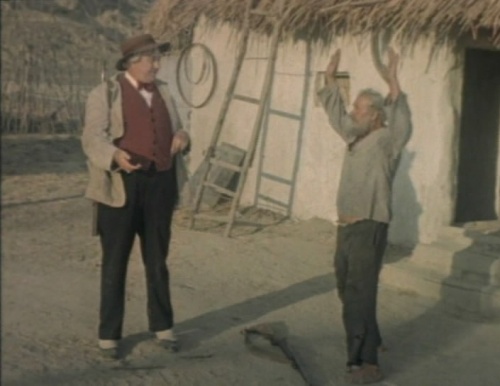 ...but immediately drops it.

A Maxim M1910 with smooth barrel cover is mounted on one of tachanka carts. It is never seen firing. 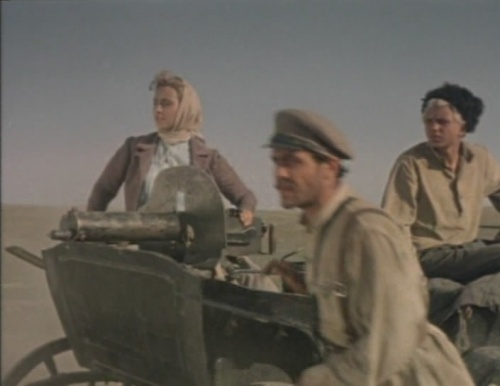 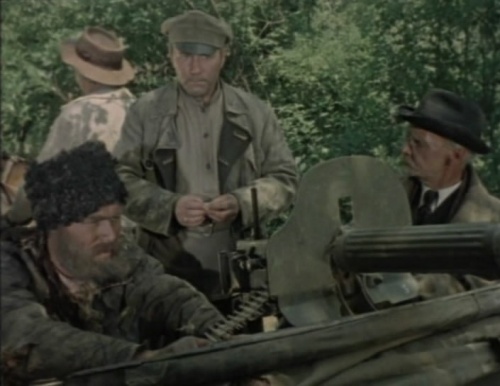 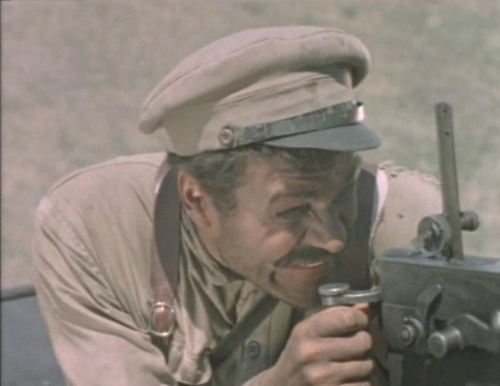 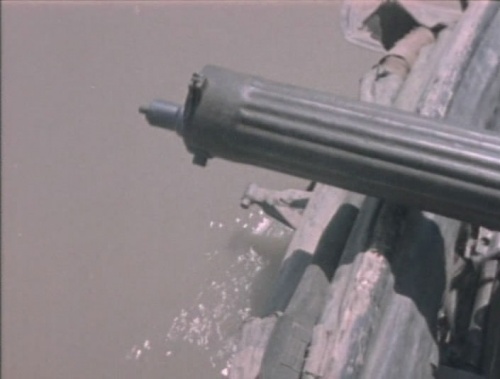 The barrel of Maxim. 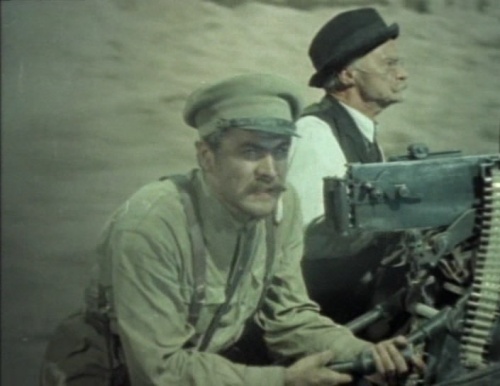 Zavragin readies to throw a grenade. 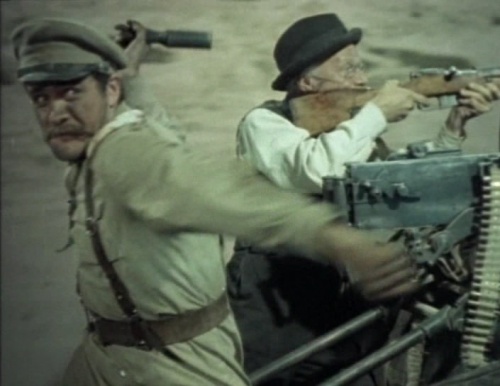