Other side of Swedish K / Carl Gustav M/45BE - 9x19mm‎. Note the single/full-auto switch which was not present on Army models but was only offered on the "BE" police model. 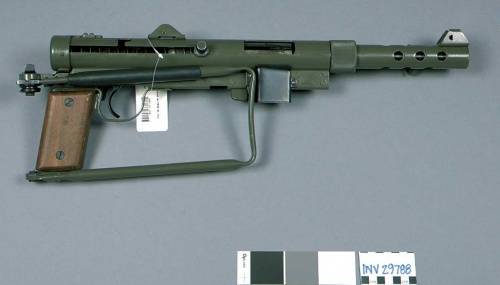 The Carl Gustav M/45 submachine gun (or one of its variants) can be seen in the following films, television series, video games, and anime used by the following actors: