The Steyr M is a series of semi-automatic pistols developed by Steyr Mannlicher of Austria for police services and the civilian shooting market. Design work on the new pistol design was led by Wilhelm Bubits, who had previously also worked for Glock. Work began in the early 1990s and the final product became known as the M9 (adapted to fire the 9x19mm Parabellum cartridge) was officially unveiled in the spring of 1999. Other calibers in .40 S&W and .357 SIG were also produced and designated the M40 and M357 with compact variants of the M9 and M40 were designated the S9 and S40 respectively. These pistols were developed primarily for concealed carry and have a shortened barrel, slide, smaller frame and a reduced magazine capacity.

In 2004, an improved version of the pistol replaced the Steyr M in production. The new Steyr M9-A1, Steyr M40-A1 and compact S-A1 pistol variants received several improvements. The grip of the pistol has been redesigned with some textured surfaces as was the magazine well (uses the same magazines), ergonomics have been slightly altered to improve grip, the manual safety button is now optional and the lower forward portion of the frame now consists of an industry standard Picatinny rail for mounting accessories.

Wilhelm Bubits also designed the Caracal pistol series, which looks similar in appearance to that of the Steyr M range. 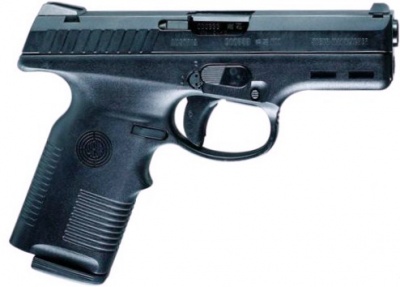 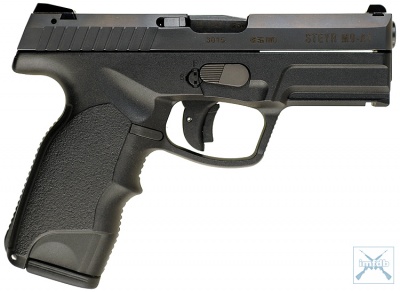 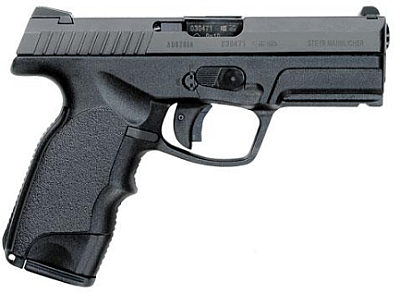 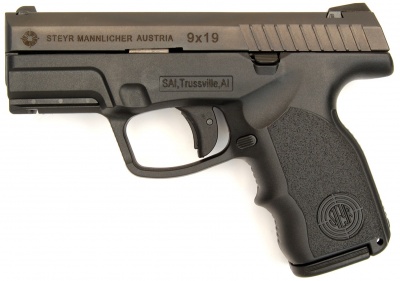