The following guns were used in the movie Police Academy: 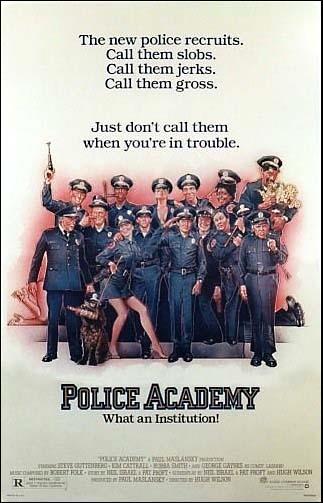 All of the Police Academy recruits are issued the Smith & Wesson Model 10 HB. They are seen firing at the target range. Cadet Carey Mahoney (Steve Guttenberg) is notably seen with it during the final standoff. 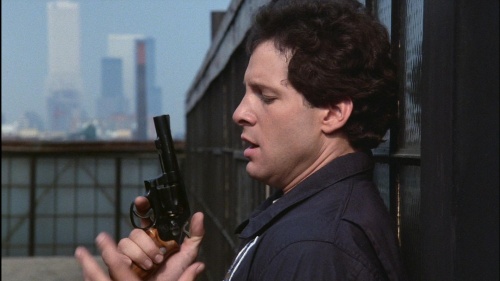 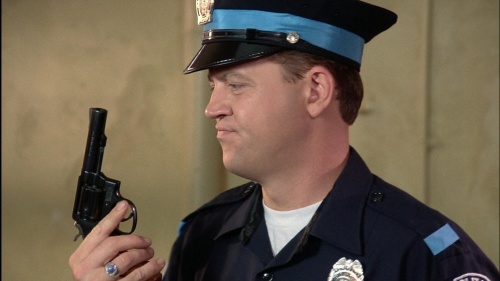 Cadet Tackleberry shows his dissatisfaction with the department issued Model 10.

Cadet Karen Thompson (Kim Cattrall) is seen with the Smith & Wesson Model 15 during the city riot. 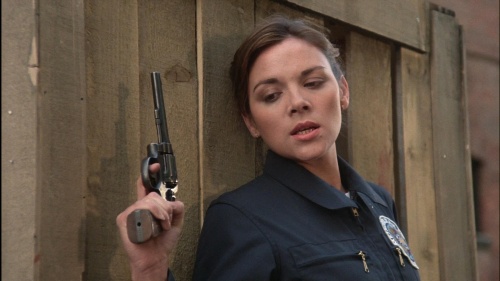 In his previous job as a security guard, Eugene Tackleberry (David Graf) is seen pulling a Smith & Wesson Model 28 when he senses trouble. 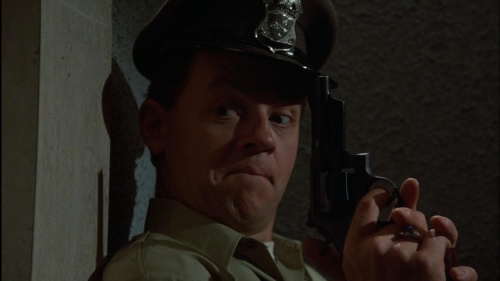 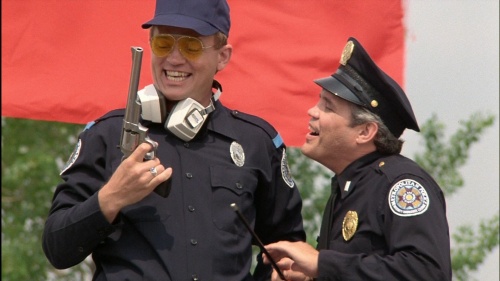 The cadets are also seen training on the range with the High Standard FLITE KING K-1200 Riot Standard Model. 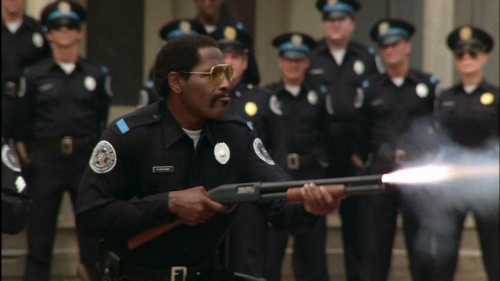 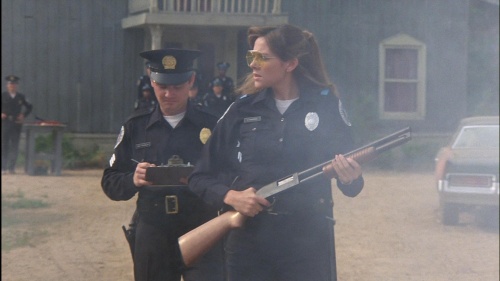 Karen with the High Standard.

Lt. Thaddeus Harris (G.W. Bailey) keeps a Flintlock pistol in his office and inadvertently blows a hole in the ceiling with it. 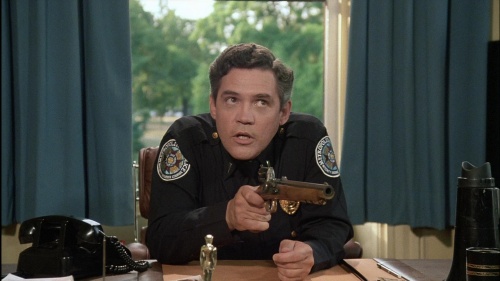