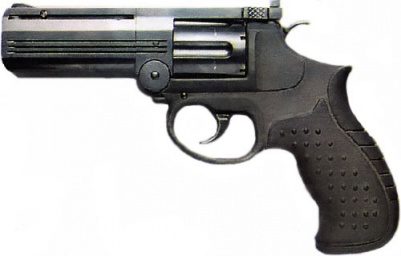 The MP-412 REX is a double action revolver with a break-open frame and an automatic extractor. It was developed by Izhmekh and intended for export, but the revolver never made it past the prototype stages. It was mainly created for the civilian market. REX stands for 'Revolver for EXport'.