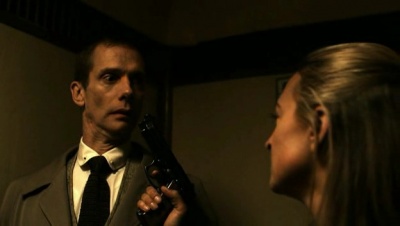 Doug Jones is an American actor who is known for playing alien characters in heavy makeup and prosthetics, oftentimes for director Guillermo Del Toro, in such films as Hellboy (2004), Hellboy II: The Golden Army, Pan's Labyrinth, and The Shape of Water. His other notable roles included the Silver Surfer in the film Fantastic Four: Rise of the Silver Surfer, "Cochise" in the series Falling Skies and as Commander Saru in the series Star Trek: Discovery.