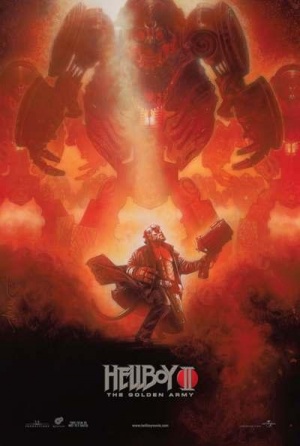 The following weapons were used in the film Hellboy II: The Golden Army:

Hellboy's (Ron Perlman) weapon of choice is the Samaritan, his massive hand cannon from the first film. He is seen using it multiple times to take out various creatures. 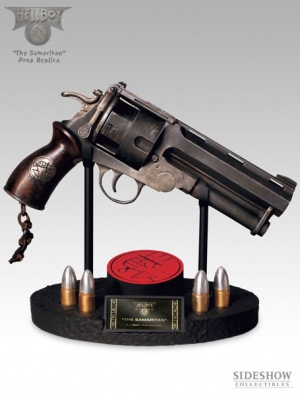 Samaritan replica on display with 4 bullets. 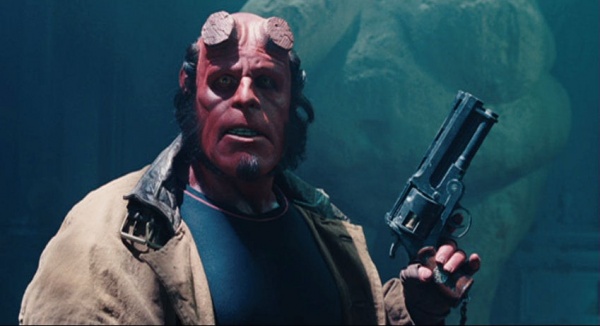 Hellboy with his Samaritan in the auction house. 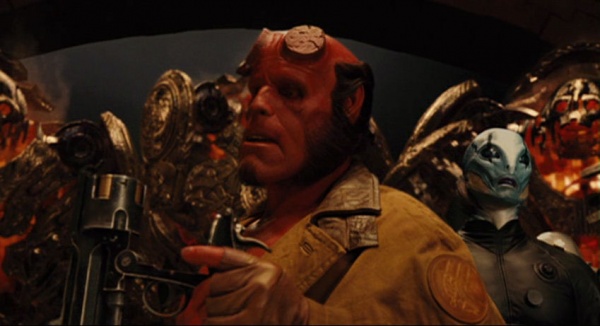 Hellboy checks the chambers on his Samaritan, yet for some reason, the gun's ejector does not eject the cartridges. (this is because the prop has no ejector, and the shells ejecting later are CGI.) 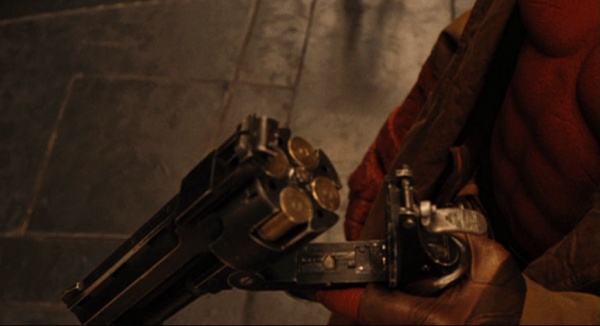 Another shot of Hellboy checking his Samaritan. 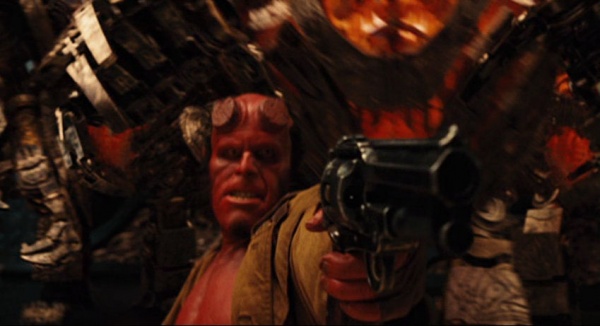 Hellboy fires his Samaritan at the Golden Army machines. 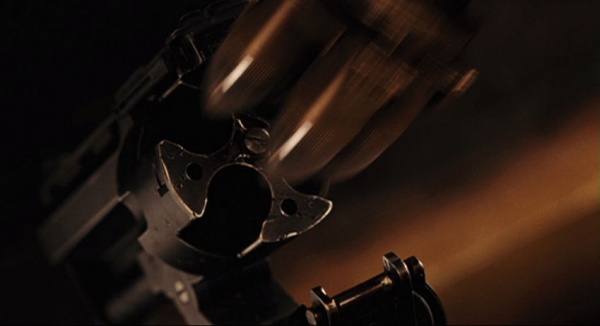 Hellboy uses a speed-loader to load up his Samaritan. Note how the cylinder has no ejector. 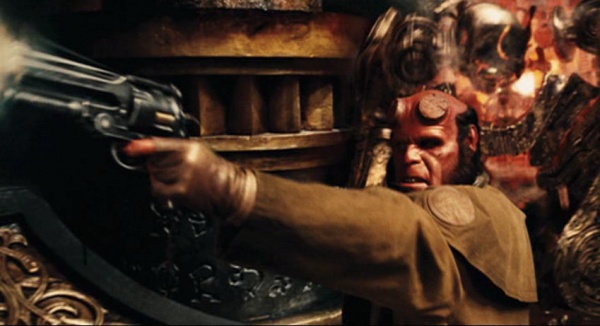 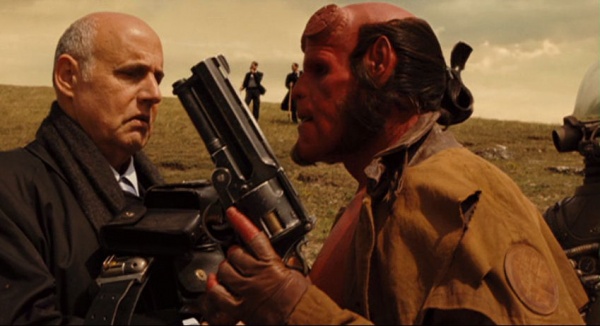 When Hellboy surrenders his equipment to Manning (Jeffrey Tambor), he pulls out his Samaritan and remarks, "I think I'll keep this."

When Prince Nuada (Luke Goss) releases the Tree Elemental into the streets, Hellboy goes and grabs "Big Baby", a surprisingly even bigger handcannon in his arsenal than the Samaritan to take it on. It appears to be a six shot that fires two rounds at a time. Before firing it, he winds up the music box in the back, apparently to please Big Baby. In the movie's trailer, Hellboy precedes firing a round with saying "You woke up the baby!" 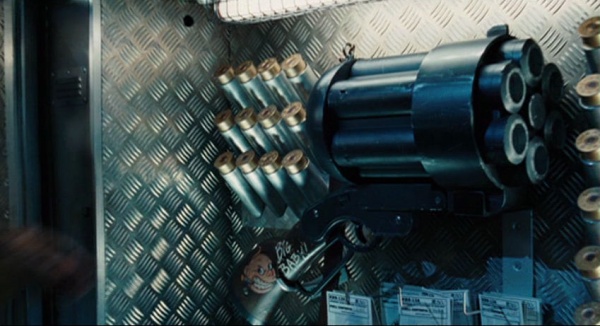 Hellboy takes Big Baby out of its case and a lot of ammo. 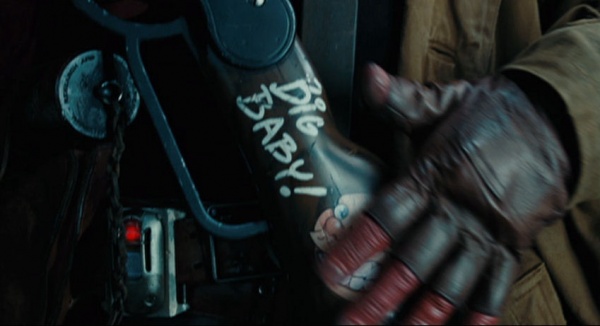 Hellboy even has the stock decorated with "Big Baby" logo. 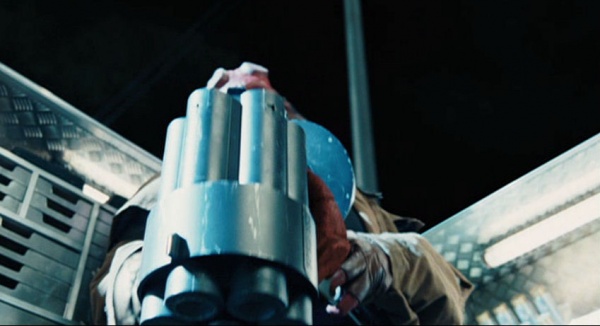 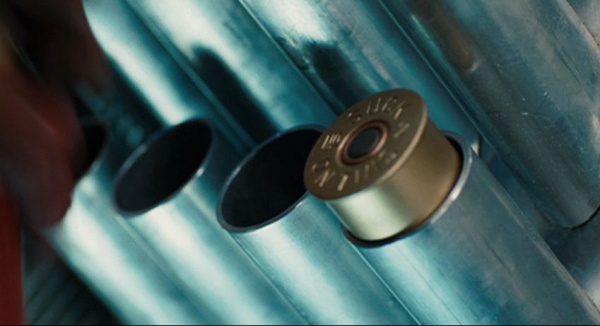 Based on what it says on the shell, Big Baby fires No. 2 "Suck On This" rounds. 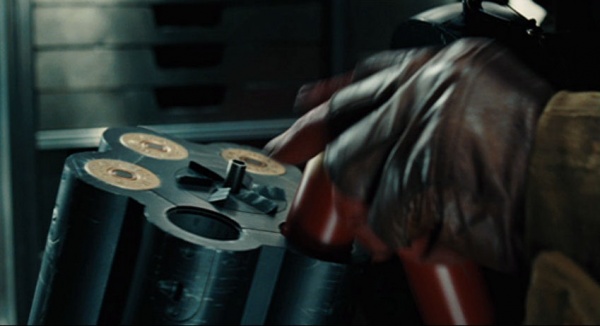 Hellboy loads up Big Baby. Unlike his Samaritan, this gun actually does have an ejector. 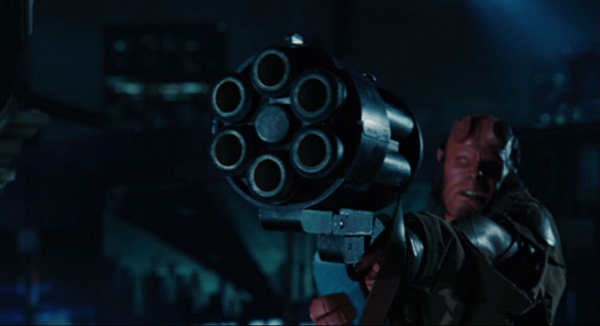 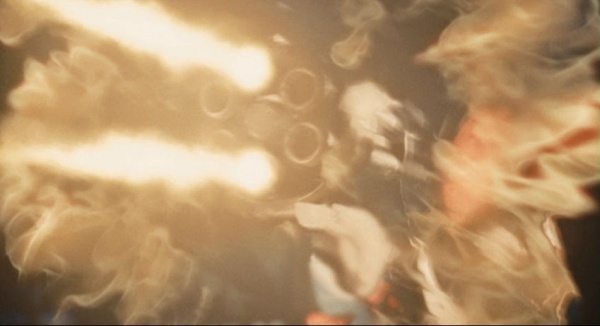 Members of the BPRD including Liz Sherman (Selma Blair) and Abe Sapien (Doug Jones) use Glock 22 sidearms, which is determined based on the muzzle diameters. Since the BPRD is a department of the FBI, it makes sense for them to use the Model 22, which is standard issue in real life.

According to the DVD commentary, the guns used in the auction house were not loaded with blanks, instead the actors mimed shooting and the noise and muzzle flashes were added later in post-production. This led to two problems during filming: first, the actors had to be coached not to "fire" the guns so rapidly, or else they were seen to be firing a ridiculously high number of rounds without reloading; second, Selma Blair had an unconscious habit of yelling, "Bang!" every time she pulled the trigger. 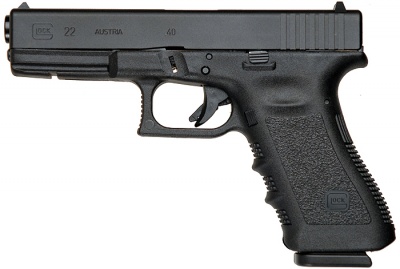 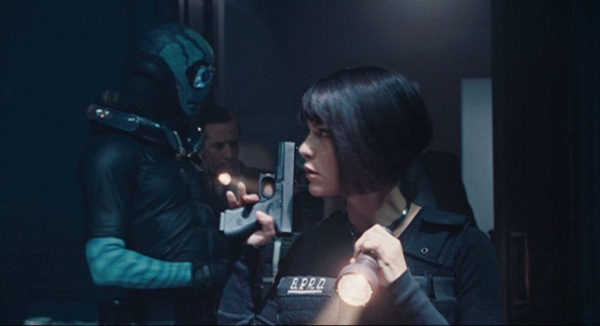 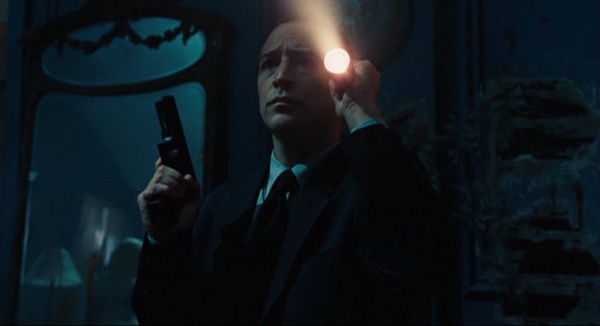 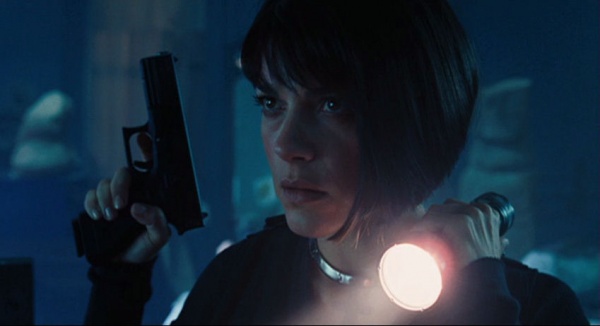 Liz with her Glock 22. Note how the gun is clearly not cocked, as noted by the trigger in the fired position. 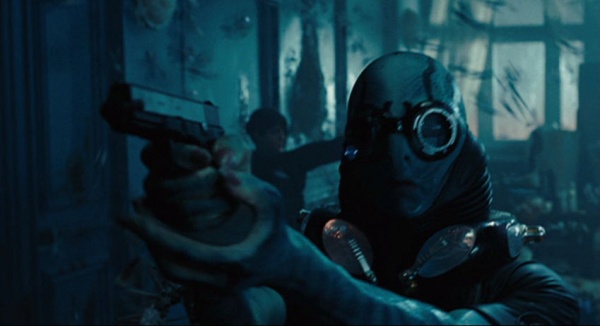 Abe Sapien fires his Glock 22 at the attacking "Tooth Fairies." 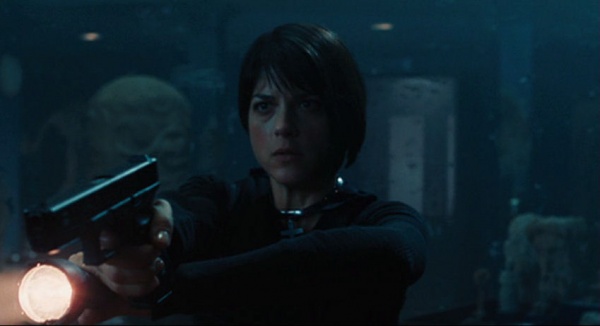 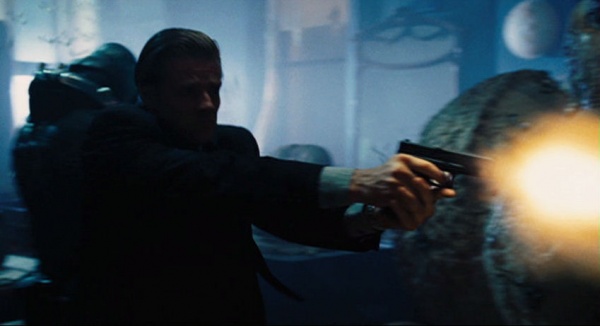 After Hellboy kills the Tree Elemental, police officers surround him and aim Glocks at him. Based on the muzzle diameter, they are likely Glock 21s in .45 ACP. They could also be Glock 20s in 10mm, but it is far less likely. 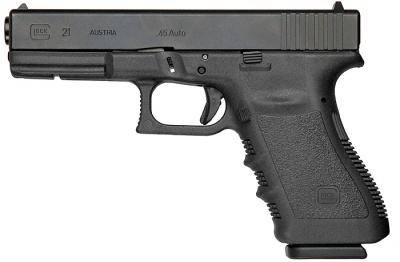 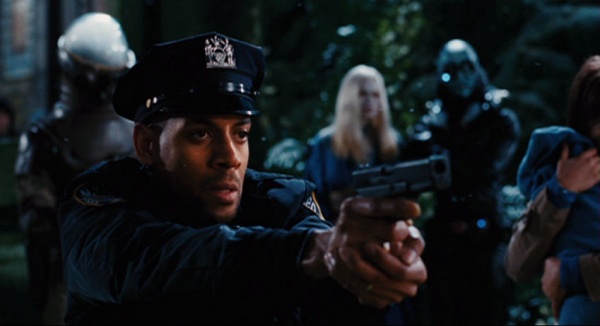 A police officer points his Glock 21 at Hellboy.

While Prof. Broom (John Hurt) tells Young Hellboy (played by Montse Ribé, voiced by Colin Ford) the story of the Golden Army, he pulls out and plays with a toy Single Action Army.

Trivia: Montse Ribé also worked on the film as a makeup artist, as well as with Guillermo del Toro on Pan's Labyrinth. 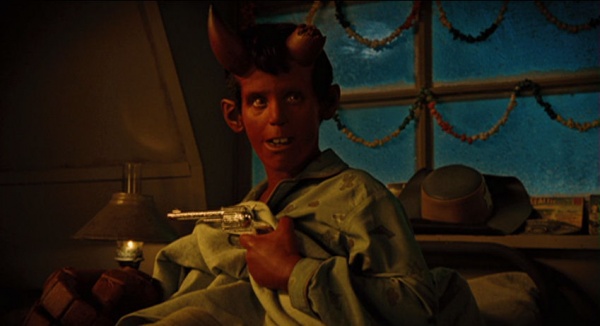