Zoe Bell holds a suppressed second-generation Glock 17 as Floria in Game of Death (2010). 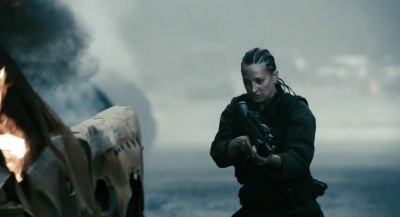 Zoë Bell is a New Zealand actress and prolific stunt performer who notably doubled for Uma Thurman in 1993's Kill Bill Vol. 1. She would later have a leading role in Quentin Tarantino's Death Proof, where she performed many of her own stunts, including riding on the hood of a speeding car.