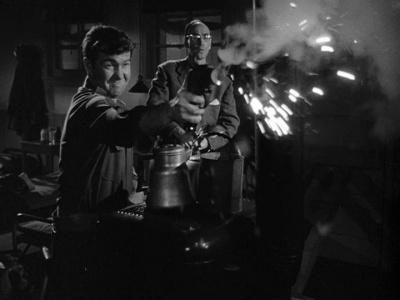 William Self began his show business career as an actor, appearing in such films as Red River, Sands of Iwo Jima and The Thing From Another World (1951). He would later segue from acting to producing, which included such films as The Shootist (1976) with John Wayne and the Sarah, Plain and Tall television movies with Christopher Walken and Glenn Close. Perhaps his most significant achievement was in his role as Vice President of Twentieth Century Fox Television, notably throughout the 1960's and 1970's, overseeing the creation of such series as MASH, Batman and Lost in Space.