Thing From Another World, The

From Internet Movie Firearms Database - Guns in Movies, TV and Video Games
(Redirected from Thing From Another World,The)
Jump to navigation Jump to search

The Thing From Another World is the now classic 1951 science fiction horror film directed by Christian Nyby and produced by Howard Hawks. The film follows a group of scientists and soldiers trapped at the North Pole who encounter the terrifying truth behind the mysterious object that has crashed near their station. The alien was portrayed by a young James Arness, years before he would become famous for his role as Marshal Matt Dillon in the long running series Gunsmoke. Now widely considered as one of the best of the genre, The Thing From Another World would in 2001 be deemed by the United States Library of Congress as "culturally significant" and was selected for preservation in the National Film Registry. There is some debate as to how much directing Christian Nyby did and how much was actually done by Howard Hawks. The movie also features the rapid-fire overlapping dialogue that was characteristic of a Howard Hawks film. In 1982, John Carpenter would direct a feature film remake, simply entitled The Thing. Unlike the original, the remake was darker in tone and focused more on the horror aspects.

The following weapons were used in the film The Thing From Another World:

Captain Hendry (Kenneth Tobey), Cpl. Barnes (William Self) and Bob (Dewey Martin) all carry and use the G.I. M1911A1 Government. 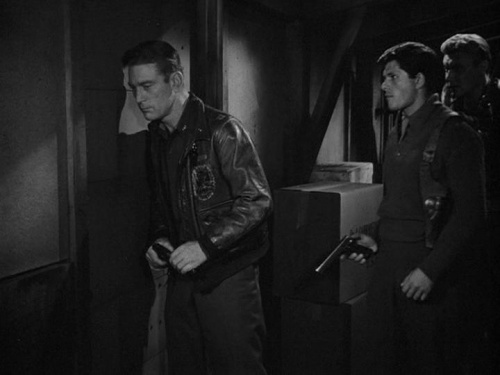 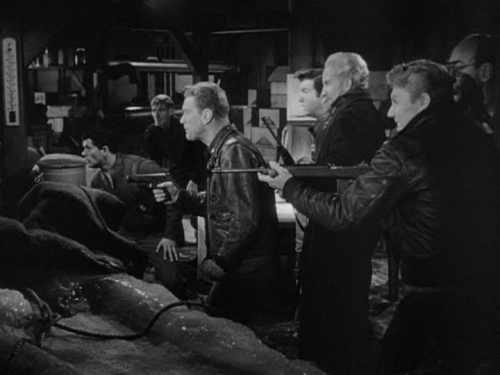 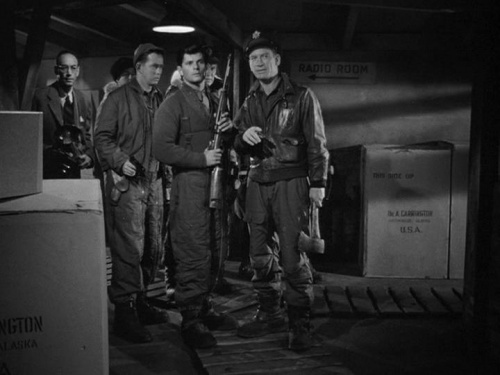 Both Lt. Dykes (James R. Young) and Bob (Dewey Martin) carry and use the M1 Carbine. It appears from the images that they are using a WWII era M1 Carbine. 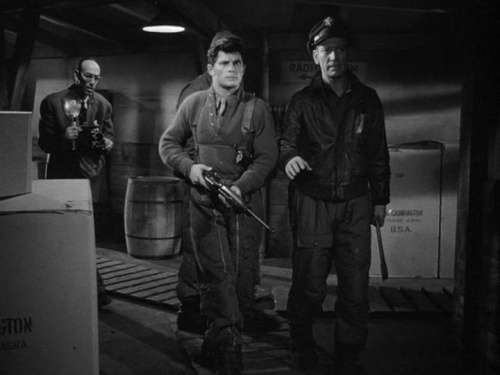 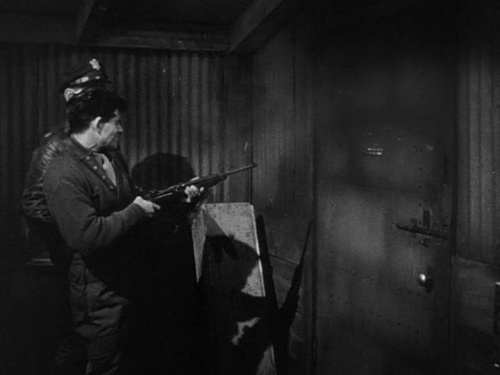 Bob (Dewey Martin) opens up on the door of the greenhouse where The Thing (James Arness) is at. Note the empty cartridge case in the air. Bob rips off four rounds very rapidly.

In the film's most famous action sequence our heroes attempt to destroy The Thing by throwing kerosene on it and then igniting it with a flare fired from an M8 Flare Pistol. The most amazing thing is they continue to throw kerosene on the creature after it is on fire causing flames to literally go everywhere. Almost sixty-five years later, the sequence is still very impressive. The stunt took place on the sound stage and the actors were not wearing protective clothing - with the exception of the stuntman playing The Thing (something unlikely in a movie production of the modern era). 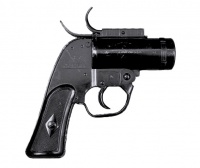 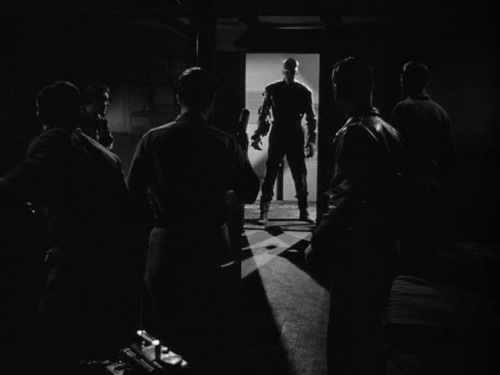 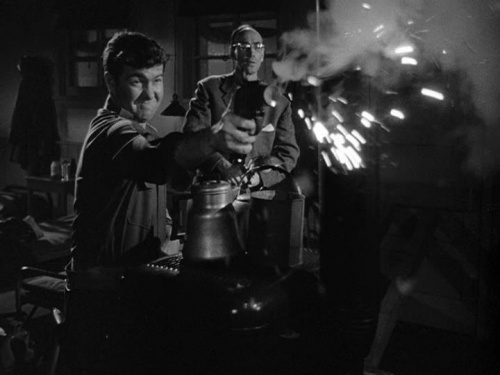 Cpl. Barnes (William Self) fires a flare at the alien. 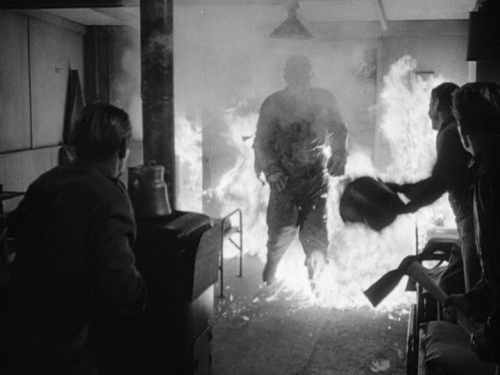 He hits the alien and chaos ensues. Note the bucket of kerosene being thrown at the creature. 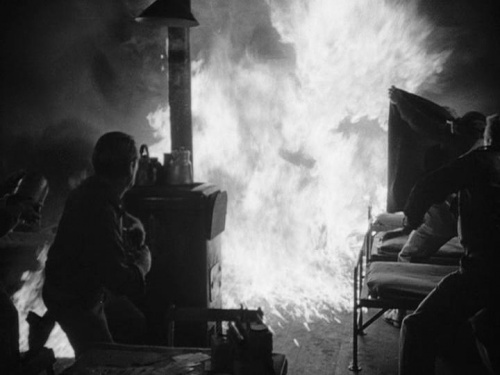 A whole new definition of Hotfoot.
Retrieved from "https://www.imfdb.org/index.php?title=Thing_From_Another_World,_The&oldid=1139380"
Categories: