Who'll Stop the Rain is a 1978 American crime film. The movie stars Nick Nolte, Tuesday Weld, Michael Moriarty, and Anthony Zerbe. The screenplay was written by Judith Rascoe and Robert Stone, based on Stone's prize-winning 1974 novel Dog Soldiers. Set in the early Seventies, during the waning days of the United States involvement in South Vietnam. John Converse (Michael Moriarty) plays a cynical and disillusioned war correspondent who decides that if the world is going to hell, then he'll get something for himself. He asks his buddy Ray (Nick Nolte), who is a merchant marine to smuggle several pounds of heroin back to the U.S. where he will deliver it to John's wife, Marge (Tuesday Weld) who will broker a deal with a wealthy movie producer and pay Ray a share from the deal. But when Ray arrives in Los Angeles, he learns that Marge is now a drug addict and both corrupt Drug Enforcement Agents led by Agent Antheil (Anthony Zerbe) and professional criminals know about the heroin and want it for themselves. Ray takes Marge on a road-trip to New Mexico with the DEA agents, John and other criminals in pursuit. His goal initially is to stay alive and to broker his own deal, but he and Marge fall for each other, and things become complicated.

The following weapons were used in the film Who'll Stop the Rain: 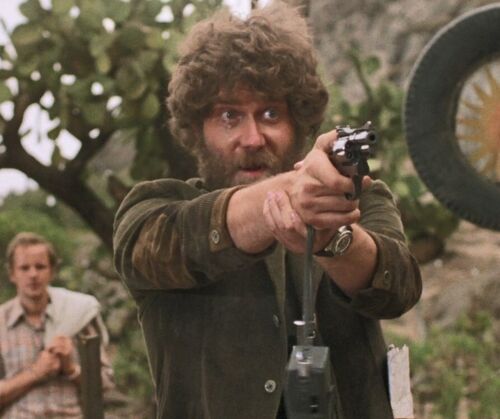 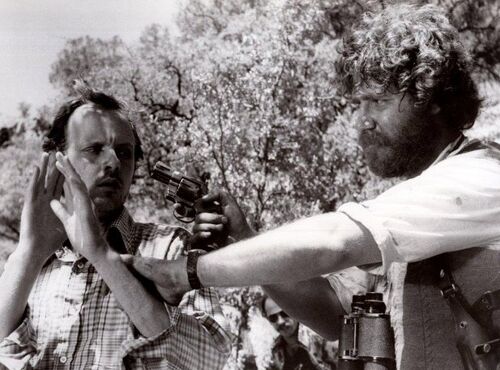 Production still, but a good look at Danskin's Python snubbie.

Agent Antheil with his Colt jammed down inside his waistband. One would expect a holster. 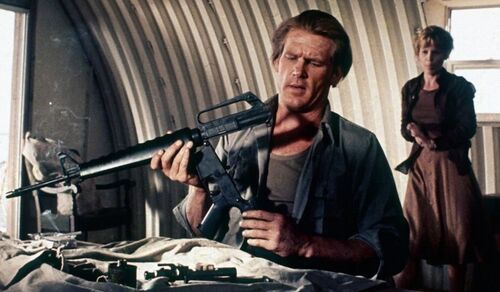 Ray cleans his rifle before going into battle. 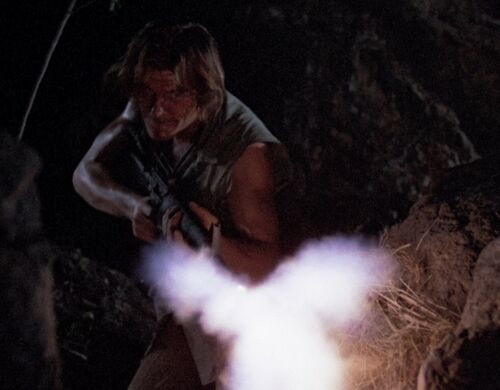 Ray opens up on his opponents 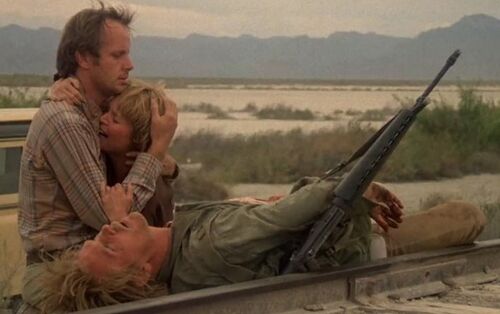 John comforts his wife after they find Ray following the showdown.

Agent Smitty (Ray Sharkey) uses a Winchester Model 70 during the climactic exchange/showdown at the abandoned hippie commune in the mountains of New Mexico. 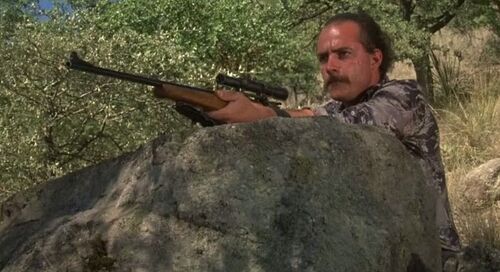