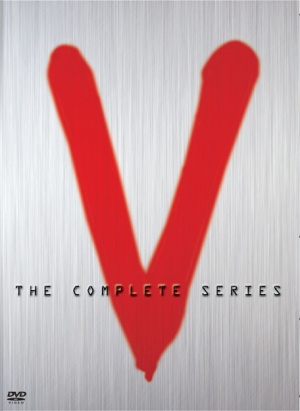 V: The Series was the 1984 television series continuation of the battle for Earth between the Visitors and the Human Resistance that was introduced in 1983's V: The Original Miniseries and 1984's V: The Final Battle. The series ran for 19 episodes on NBC and would later be released on DVD as V: The Complete Series.

The following weapons were used in the television series V: The Series:

The M1911A1 is the handgun used by Mike Donovan (Marc Singer) in the series. 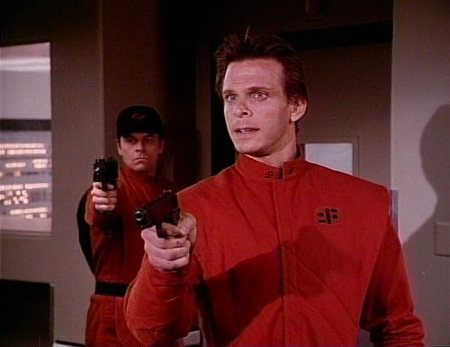 A Heckler & Koch P9S is the handgun used by Juliet Parish (Faye Grant) in the series. 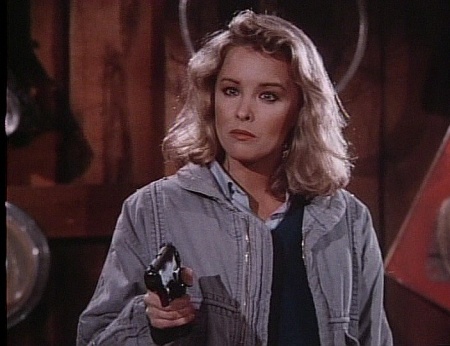 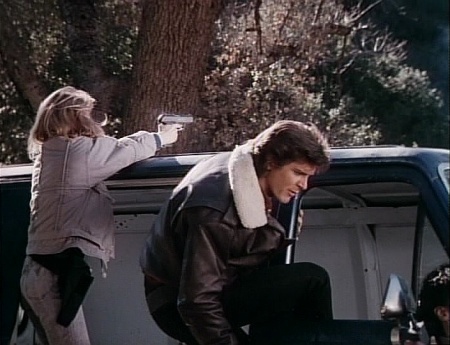 A Heckler & Koch P9S is the handgun fired by Juliet Parish in "The Wildcats" (S1E15). 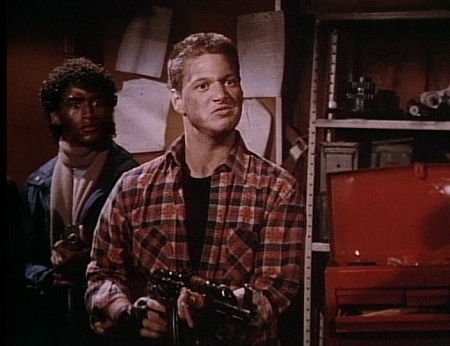 As in the miniseries, the Resistance fighters are seen with M16A1 rifles. 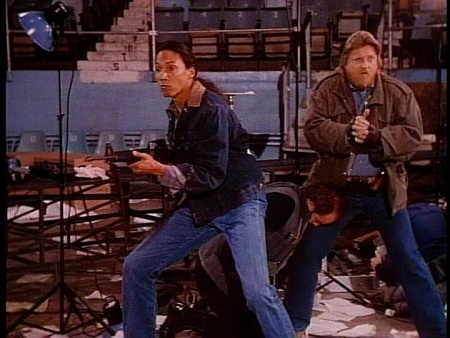 On the left, the resistance fighter (Henry Kingi) fires the M16A1 in "The Conversion" (S1E10). 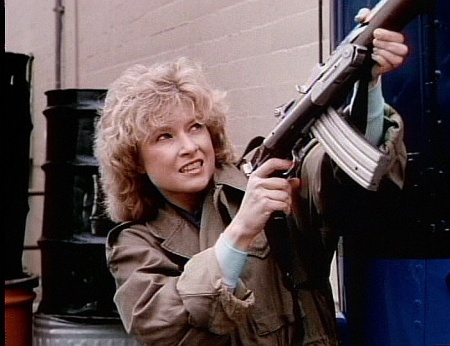 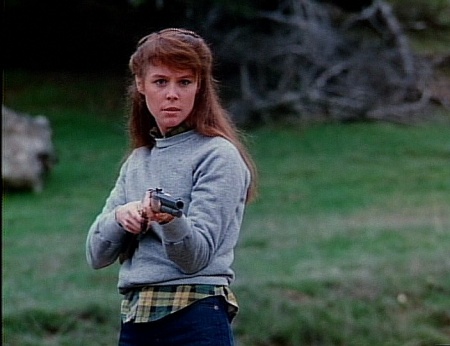 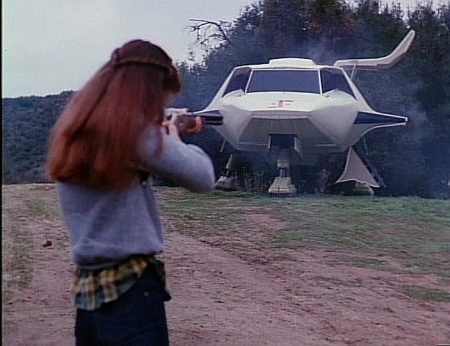 The Winchester Model 1866 "Yellow Boy" is used by Jesse to fire at a Visitor transport in "The Champion" (S1E14). 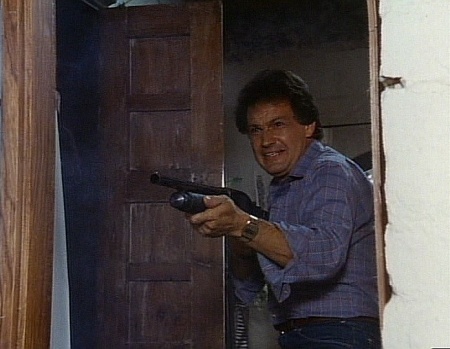 In "Dreadnought" (S1E02), Robert tries to use the shotgun against Visitors. 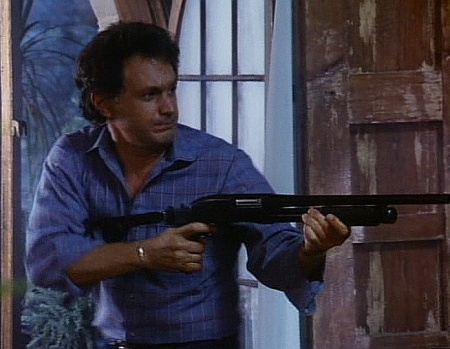 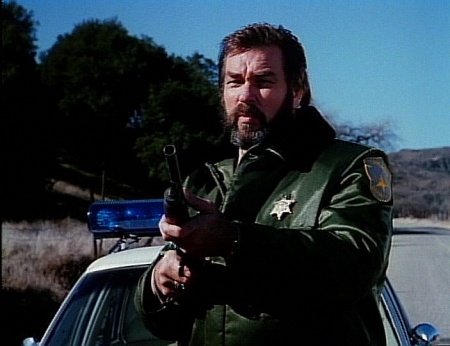 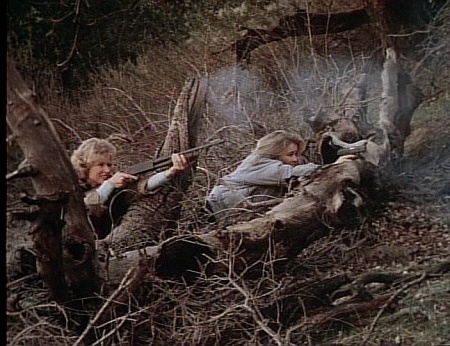 Ellen Baker (Rhonda Aldrich) is armed with an Ithaca 37 on the left in "The Wildcats" (S1E15).

The Heckler & Koch HK94 with its barrel chopped down to resemble the MP5A3 is a frequent weapon used by the Resistance in the series. As the series was filmed in the early 1980's, this show was one of the earliest to feature this firearm. 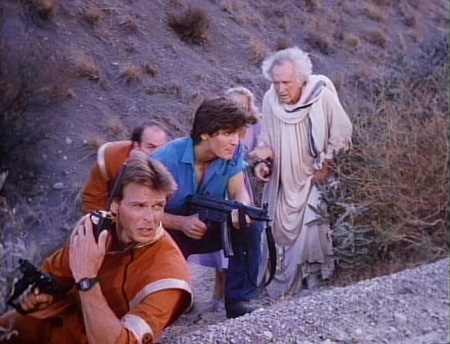 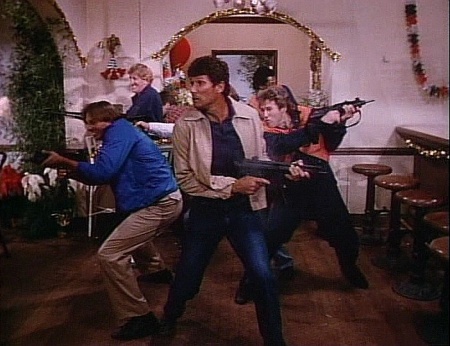 As in V: The Final Battle, the MAC-10 is the weapon of choice for Ham Tyler (Michael Ironside). He sometimes was seen using it with a suppressor. The MAC-10 also is used by Kyle Bates (Jeff Yagher), who carries his in a thigh holster. 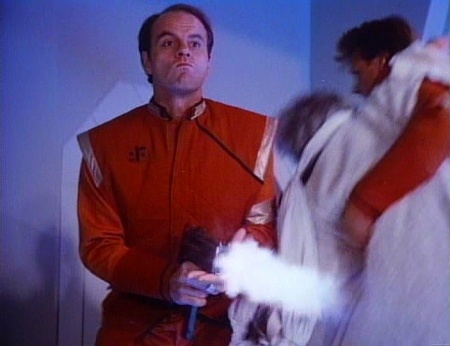 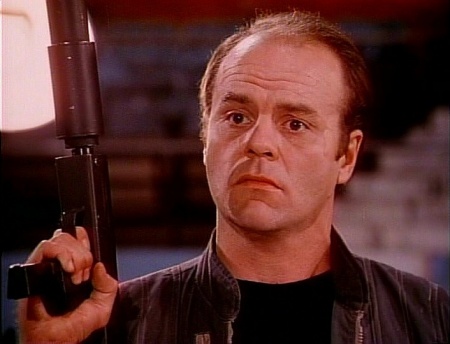 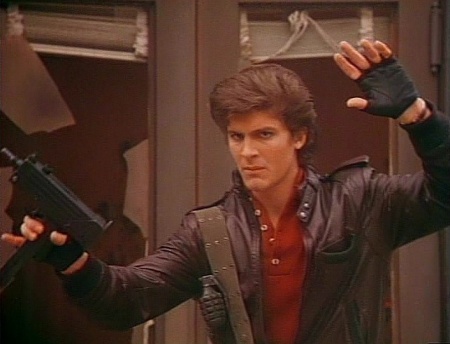 Mike Donovan is seen using a full size Uzi in several episodes, notably in "The Dissident" (Ep.08) when he and Ham Tyler infiltrate a Visitor mothership to rescue a Visitor scientist, as well as in "The Conversion" (Ep.10). 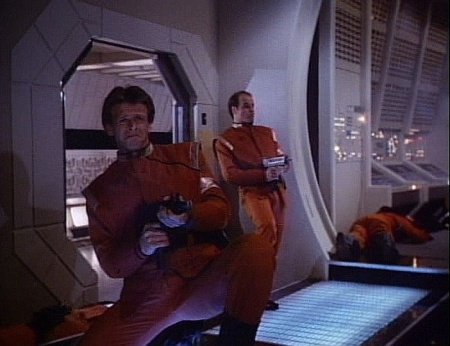 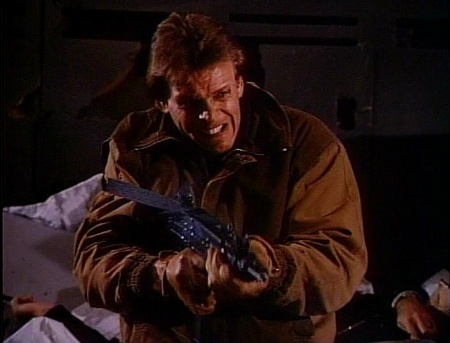 Mike opens fire with the Uzi in "The Conversion" (S1E10).

Ham Tyler (Michael Ironside) is seen using an M72 LAW to take out a Visitor vehicle in a convoy in "The Conversion" (S1E10). In the series finale "The Return" (S1E19), Visitors disguised as humans use the LAW in an assassination attempt. 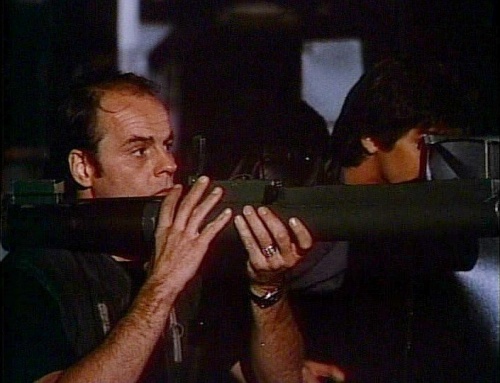 Ham Tyler (Michael Ironside) is seen using an M72 LAW to take out a Visitor convoy in "The Conversion" (S1E10). 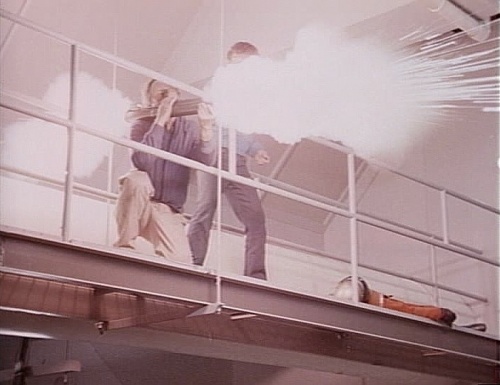 In the series finale "The Return" (S1E19), Visitors disguised as humans use the LAW in an assassination attempt.
Retrieved from "https://www.imfdb.org/index.php?title=V:_The_Series&oldid=991725"
Categories: