Up to His Ears (Les tribulations d'un Chinois en Chine)

Up to His Ears (Les tribulations d'un Chinois en Chine) is a 1965 French-Italian adventure comedy directed by Philippe de Broca, loosely based on the 1879 novel Tribulations of a Chinaman in China by Jules Verne. Multimillionaire Arthur Lempereur (Jean-Paul Belmondo ) is indeed the richest man in France, but simultaneously it is also unbearably unhappy because they are bored. Together with his fiancée Alice Ponchabert (Valérie Lagrange), her mother Suzy (Maria Pacôme) and her boyfriend Cornelius (Jess Hahn) sail to the Orient and vainly attempting suicide, which is the only way to escape boredom. The moment his ninth attempt fails, gets the message that he lost all his money. And so Arthur covers two million dollars in the event of his death for Alice and his oriental friend Goh (Valéry Inkijinoff), who asks to hire professional killers who would kill him. But just when it happens, he meet with glamorous stripper artist Alexandrina Pinardel (Ursula Andress) and suddenly he very wants to live. No choice but to try to escape all the traps and find Goha, for appeal the killers, from which hatch two insurance agents - Cornac (Paul Préboist) and Roquentin (Mario David,) who are hired to his protect. But the mother Alice for Arthur´s murder hired a Chinese triad.

The following weapons were used in the film Up to His Ears (Les tribulations d'un Chinois en Chine):

Alexandrine Pinardel (Ursula Andress) carry on all trips a Walther Model 9 pocket pistol, how she calls her "Browning". 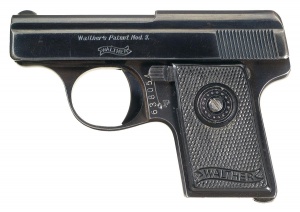 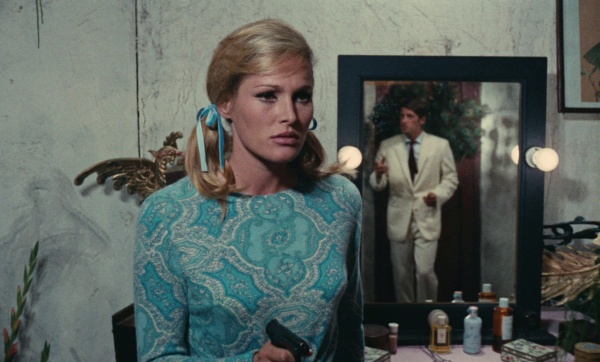 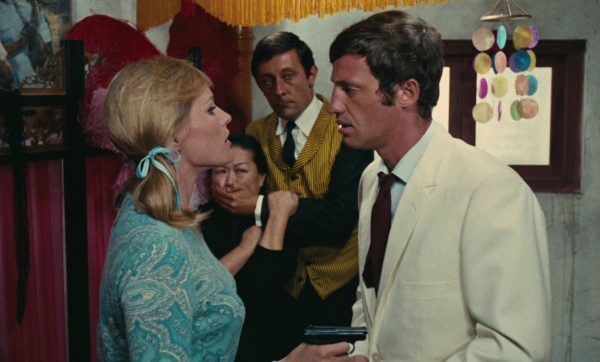 Miss Pinardel aims a gun at Arthur's heart in her dressing room. 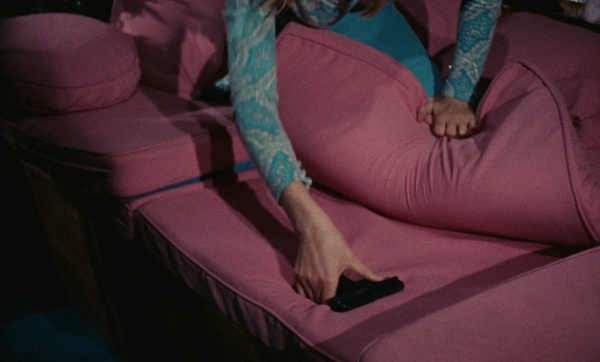 Alexandrina has hidden on the ship under her pillow a gun. 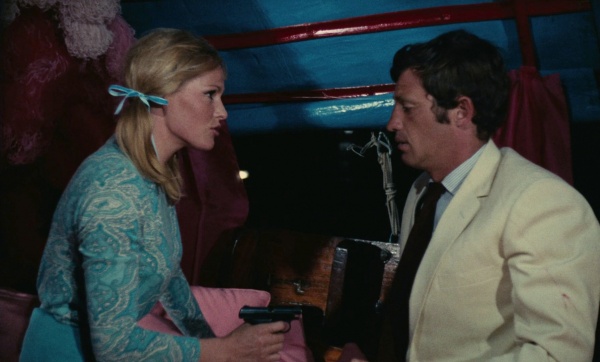 She fired from her after the alleged hired killers.

To a normal equipment of gangsters from Chinese triads belongs Luger P08 pistols. 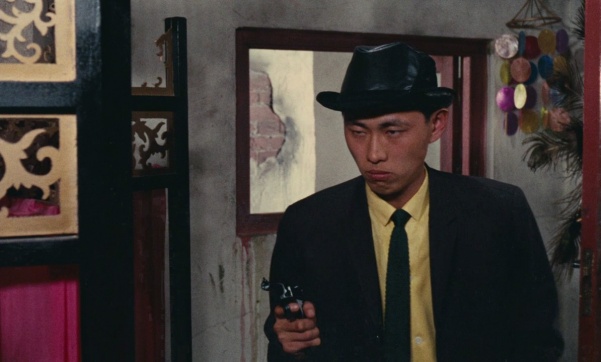 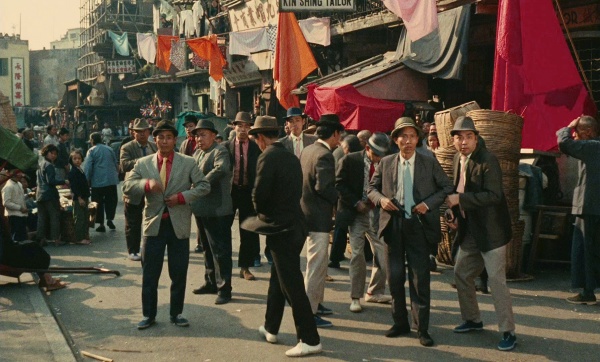 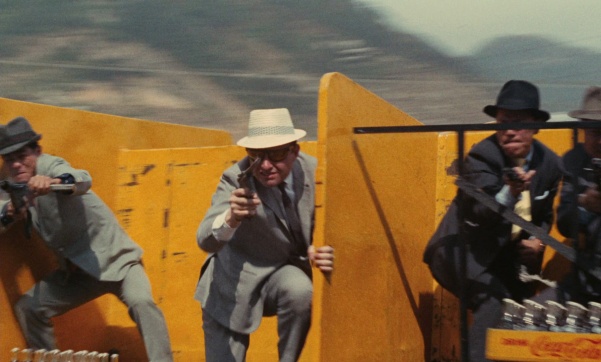 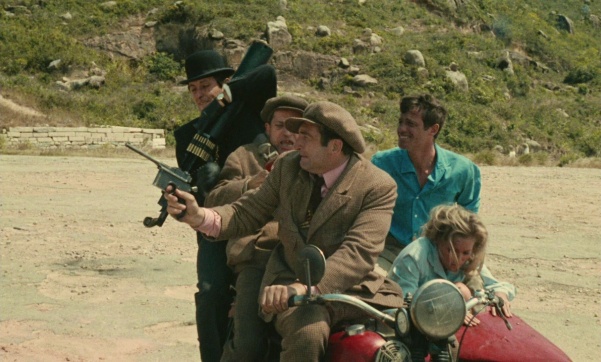 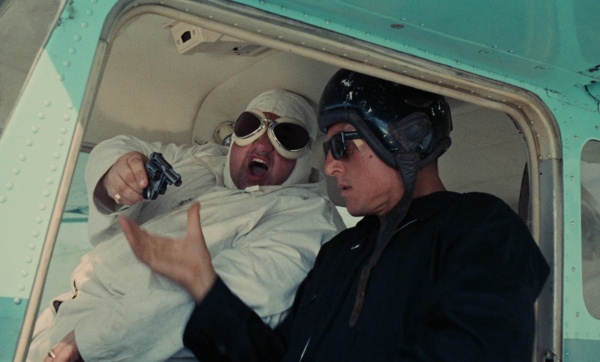 Charlie gives his revolver pilot to kill Arthur and Alexandrina. 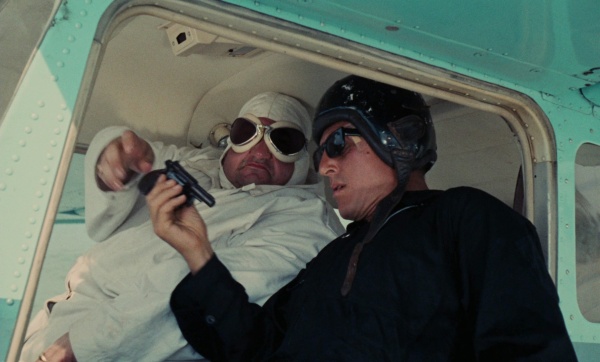 Most killers from Chinese triads, include his chief Charlie Fallinster (Joe Saïd), are armed with Sten guns. 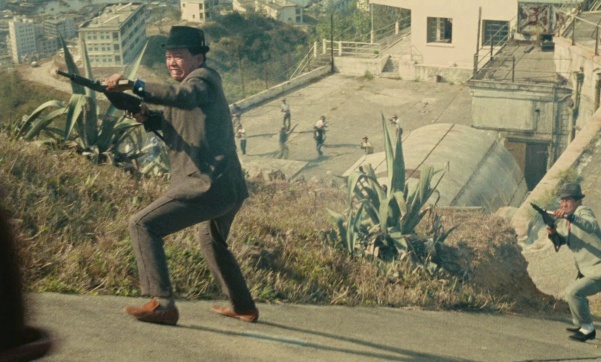 The killers from Chinese triads. 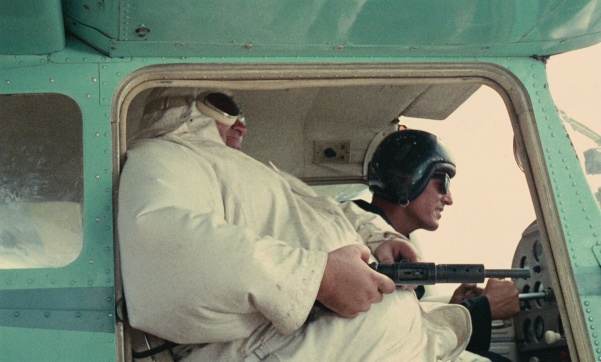 Charlie Fallinster holds a Sten in his airplane. 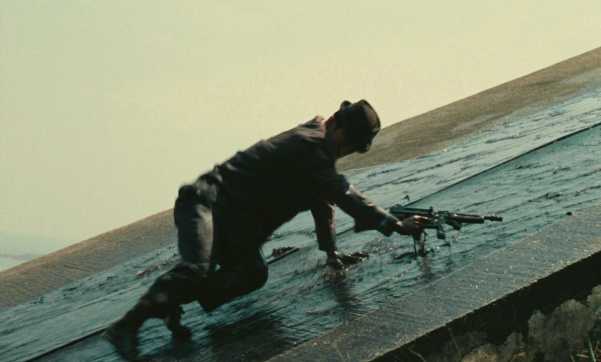 ... but Arthur and Alexandrina poured at the hill barrels of oil.

Cornelius (Jess Hahn) and Suzy Ponchabert (Maria Pacôme) wants to shoot Arthur from a Winchester Model 1894 rifle with a scope. 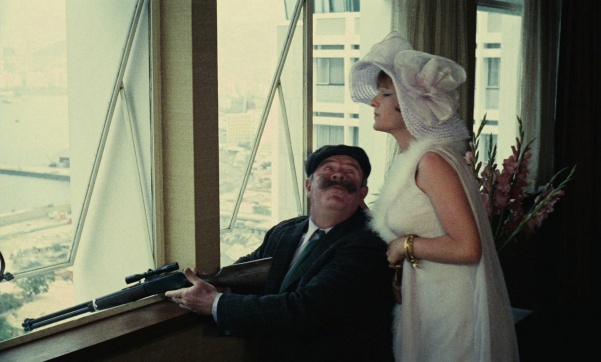 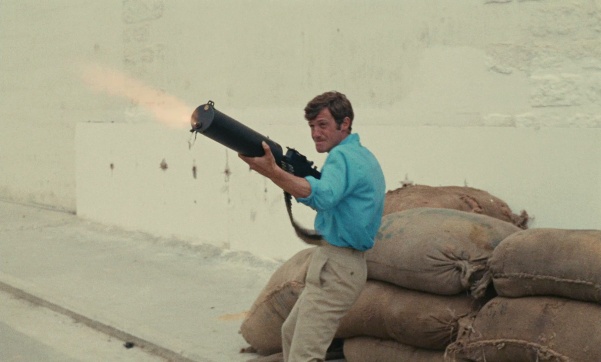 Prior to the prison building Arthur seized the machine gun. 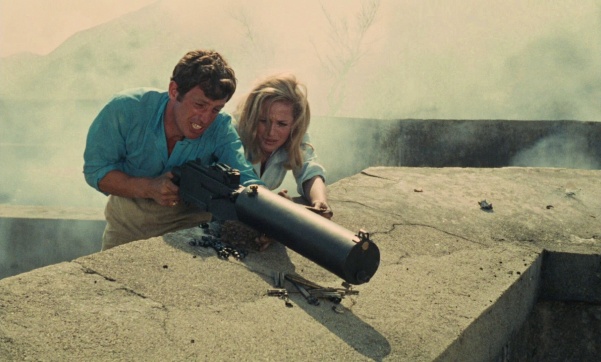 Together with Alexandrine mowed down the attacking mobsters. 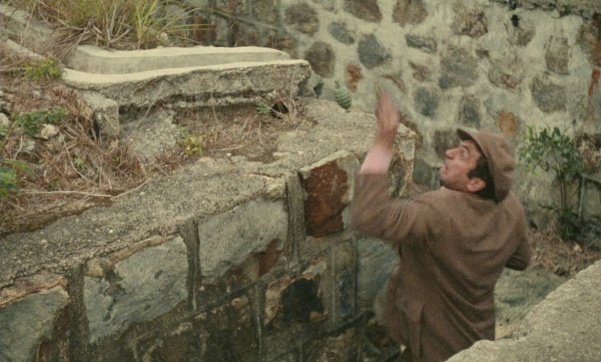 ... but falls and tries to catch him Roquentin. 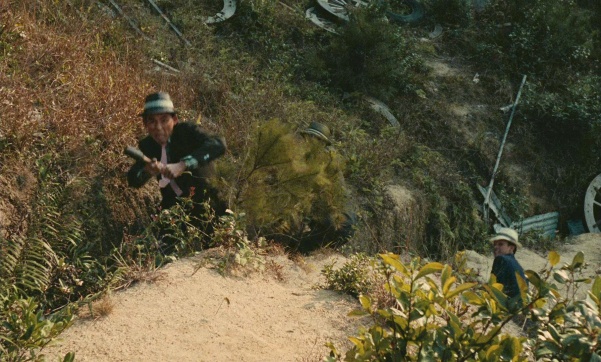 Arthur and Alexandrine fires at the killers from the howitzer. It looks like 75mm Japanese Type 41 mountain gun. 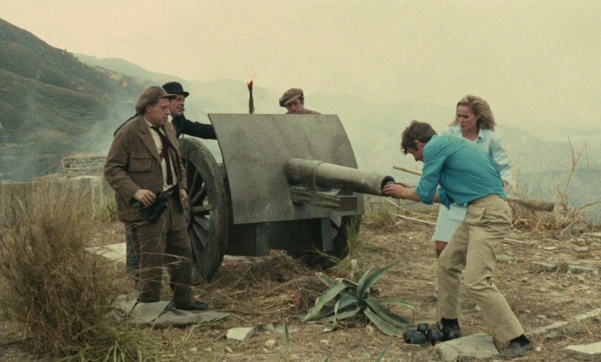