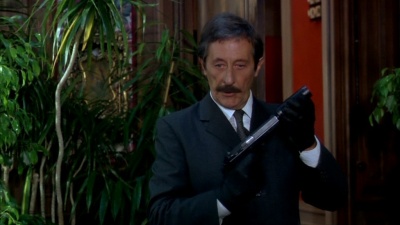 Jean Raoul Robert Rochefort (Born on 29 April 1930 in Dinan, France - died 9 October 2017 in Paris, France) was a French theater and film actor. Since the mid-1950s he has begun to appear in film and television. Initially, this was a minor and secondary role, where he usually played with his more famous and well-known colleagues. Between 1964 and 1966 he played in the first three works of the famous saga about Angelica's lawyer François Desgreze. In the 70s, he appears in comedies, for example The Tall Blond Man with One Black Shoe and The Return of the Tall Blond Man with One Black Shoe. In addition to his remarkable comedic roles, he was also a great dramatic actor who brought him two César awards in the second half of the 1970s. In 1999, he was awarded the third César for his lifetime work and contribution to French cinematography. During his more than fifty-year career he has performed in over 100 different audiovisual works.