Trial of the Road (Proverka na dorogakh) is a 1971 Russian war movie by Aleksei German. It was released only in 1985. The plot of the movie release the drama of Russian POW who was forced to serve Germans and now has to pass a deadly trial in order to prove that he is not a traitor.

The following weapons are seen in the movie Trial of the Road (Proverka na dorogakh):

Lazarev, disguised as a German soldier, readies his MP40 SMG and P08 pistol for the "trial on the road".

Lazarev disguised as a German soldier is firing P08.

Lazarev is arrested by Petushkov (Anatoly Solonitsyn) so his P08 is taken away from him.

Inga, disguised as a German NCO, is firing P08 in Russian traitor who exposed her being the partisan.

Lokotkov (Rolan Bykov), commander of the Russian partisan detachment, is seen with Walther P38 pistol in one scene but never fires it. German officers also use P38.

Two partisans enter a barn, one with Mosin Nagant M1891/30 and the other with MP40 SMG.

Solomin (Oleg Borisov) (on the left side of the screenshot, back to camera) carries MP40.

Two partisans enter a barn, one with Mosin Nagant M1891/30 rifle and the other with MP40.

Lazarev (Vladimir Zamansky) disguised as a German soldier prepares his MP40 SMG and P08 pistol for the "trial on the road". Near him is Solomin (Oleg Borisov), his MP40 is not seen.

In one scene a German soldier is seen with a weapon that look like Sturmgewehr 44. The story take place in December 1942 so StG 44 is an anachronism.

Soldier at the right side of the screenshot carries something very similar to StG 44.

MG34 is mounted on German motorcycles. It is also seen in twin mountings on the riverboat in the flashback summer scene.

German motorcyce with MG34 mounted in the sidecar.

MG34 in twin mounting on the bow of the tugboat.

MG34 in twin mounting on the barge with Russian POWs.

In battle scenes German soldiers use PK machine guns very roughly mocked up as MG42. In final scene Lazarev (Vladimir Zamansky) fires this MG from lockout tower. It is PK, not PKM (that can be understood from the form of buttstock).

Close view on buttstock of the fake MG.

The only real MG42 is seen in final scene. It is not firing. 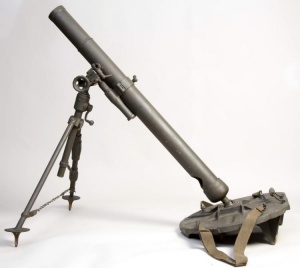 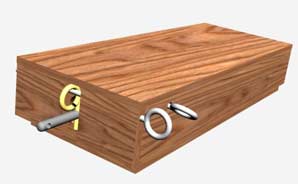 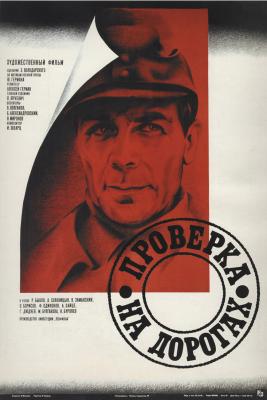 Cinema poster of Trial of the Road (1986)
Retrieved from "https://www.imfdb.org/index.php?title=Trial_of_the_Road_(Proverka_na_dorogakh)&oldid=1221291"
Categories: