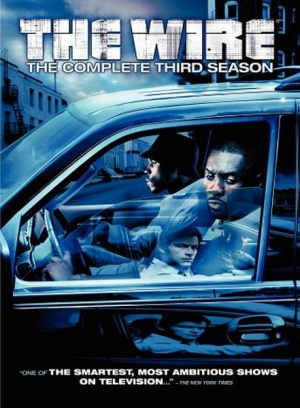 The following weapons were used in Season 3 of the television series The Wire: 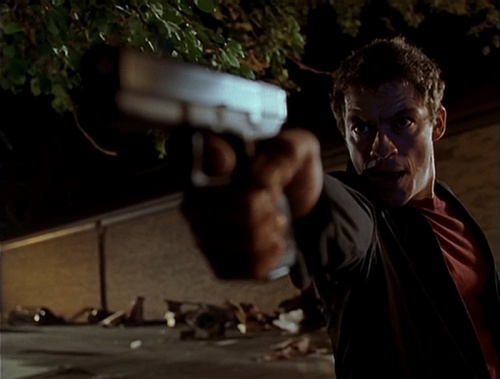 In the third Season episode "Middle Ground" Omar (Michael K. Williams) pulls out a stainless steel Colt Gold Cup national Match Enhanced during his confrontation with Brother Mouzone (Michael Potts) during the opening scene. Brother Mouzone and Omar get into an amusing conversation about the relative merits of their respective pistols (1911 and Walther PPK). Cheese also carries one throughout the series. It is used to put down his dog in the second episode of Season 3 and he is seen aiming it at a fellow Co-Op member in the final episode. 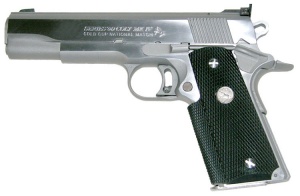 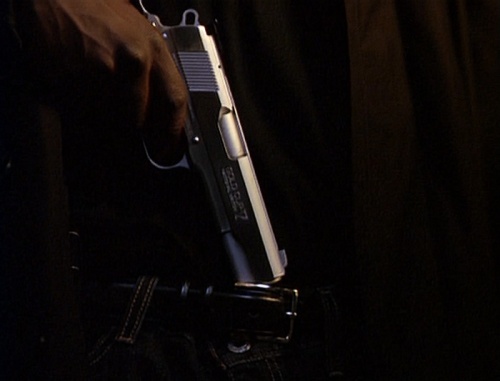 Stringer Bell (Idris Elba) pulls out a stainless steel CZ 75B from a drawer and tucks it into the waistband of the small of his back in "Moral Midgetry". In the Season 3 finale "Mission Accomplished", Avon Barksdale (Wood Harris) reaches into a drawer and pulls out the same pistol. It later reappears when the police are raiding Avon's safehouse. 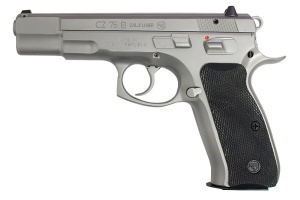 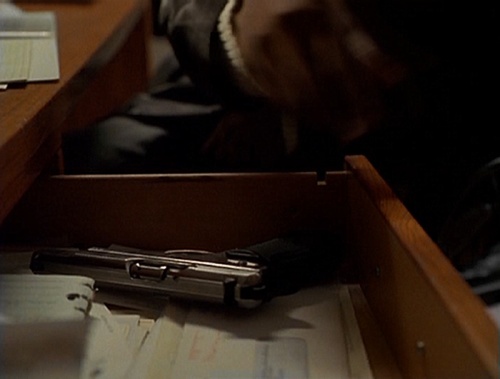 Avon Barksdale retrieves his CZ 75B from a drawer in "Mission Accomplished", Season 3. The holes drilled into the ejection port indicate that it is a blank firing pistol 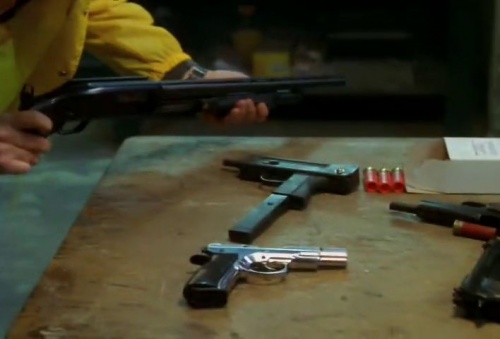 At the end of Season 3 Omar throws all of his weapons away into the dock and gets this along with his trademark shotgun.

In Season 3, after Avon Barksdale (Wood Harris) gets out of prison he is seen wielding one in Stringers office.

Occasionally seen in the hands of dealers. 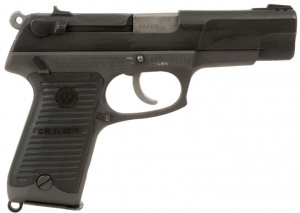 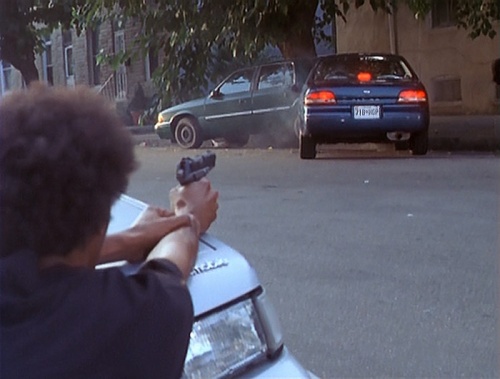 A dealer opens fire with his Ruger P89 in Season 3's "Homecoming".

A nickel plated version is seen in the hands of 'Cutty' Wise (Chad Coleman). 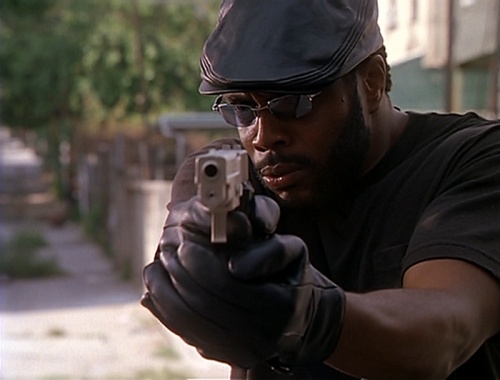 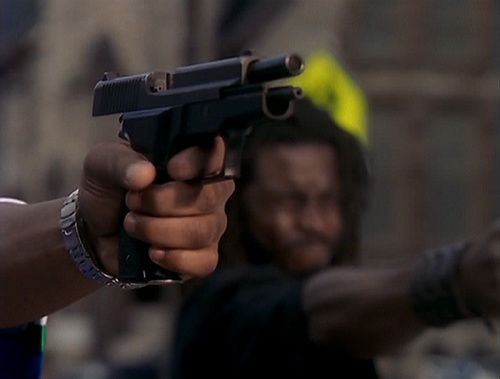 In "Slapstick", Season 3, one of the hitter's SIG-Sauer P226 runs dry as they try to kill Omar. 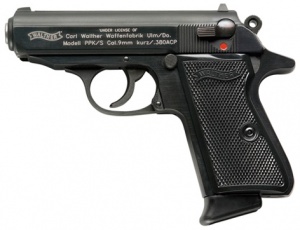 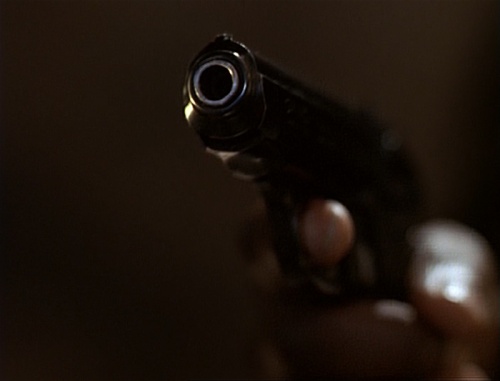 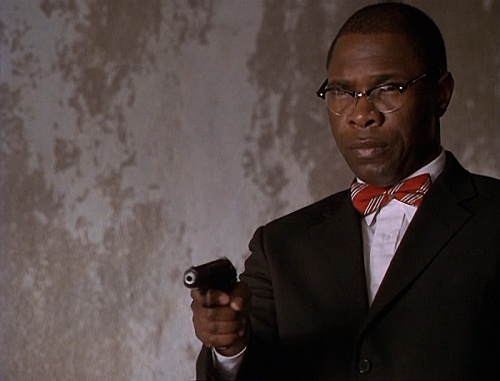 Dennis 'Cutty' Wise (Chad Coleman) uses one when he tries to kill the corner dealers and later ditches it in a bush. 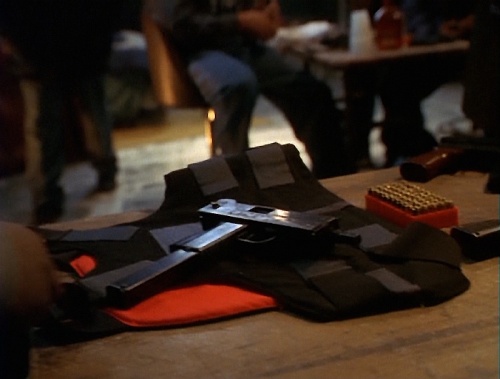 One of Avon's Muscle puts down his MAC-10 in Season 3's "Mission Accomplished". 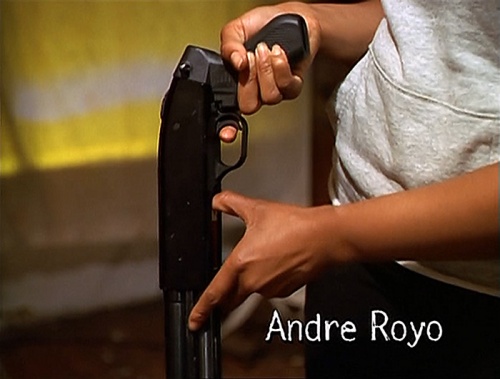 A Mossberg 500 Cruiser being loaded in the Season 3 episode intro. 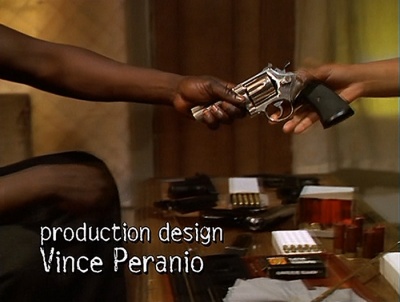 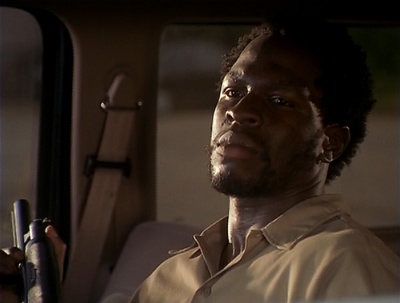