Idris Elba as Roque loads the Desert Eagle in The Losers. 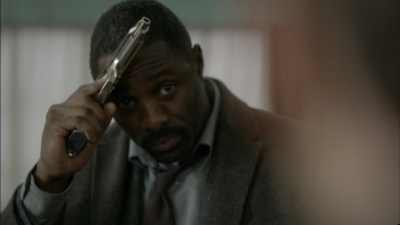 Idris Elba with a Beretta 92FS Inox as DCI John Luther in Luther.

Idris Elba is a British actor who is well known to television audiences for his roles as DCI John Luther in the UK television series Luther and Stringer Bell in the HBO series The Wire. In addition, he has had roles in such films as Prometheus, The Losers, Star Trek Beyond and Pacific Rim as well as his MCU role as Heimdall in the Thor film trilogy.