The Right to Shoot (Pravo na vystrel) is a 1981 Soviet adventure movie directed by Viktor Zhivolub. The Soviet border guard ship under the command of Capt.Lt. Nikitin detects illegal actions of Japanese fishing vessel in Soviet territorial waters. Nikitin unravels that this vessel is in fact a spy ship under disguise and begins pursue.

The following weapons were used in the film The Right to Shoot (Pravo na vystrel):

Soviet officers and also sailors in boarding teams carry Makarov PM holsters. A pistol is briefly hold by Capt. Lt. Evgeniy Krymov (Aleksandr Martynov), the commander of the boarding group on Nikitin's border guard ship. It's hard to say if the holsters in other cases are empty or not. 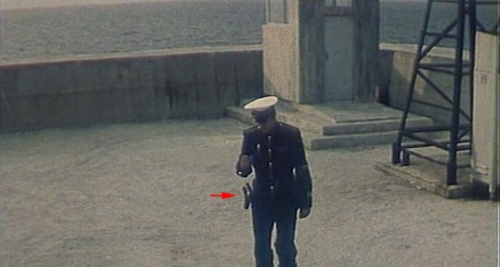 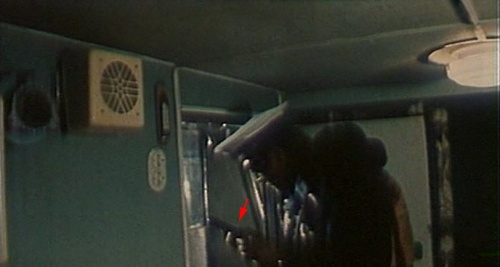 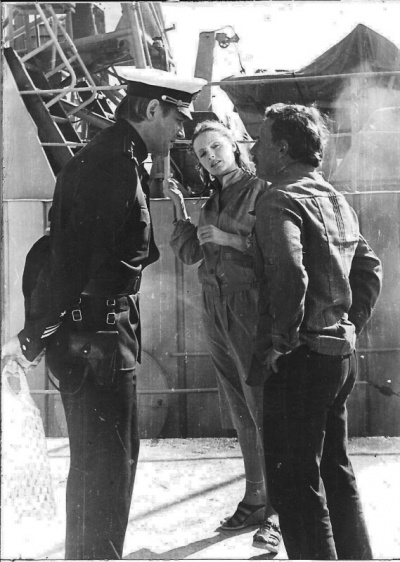 The holster is seen on a production image of the filming.

Soviet Border Guard soldiers are armed with AKM assault rifles. Some lack the slant muzzle compensators but the narrow front sights allow to differ them from AK-47. 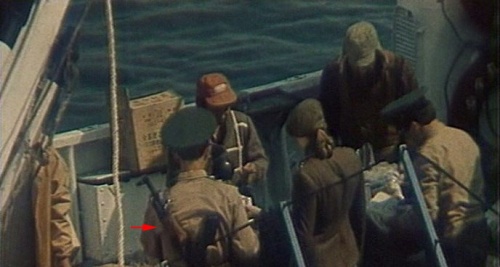 A Border Guards soldier on the arrested poaching fishing vessel. His AKM (the full stock isn't seen on this screenshot) lacks the muzzle compensator but the narrow front sight indicates the AKM. 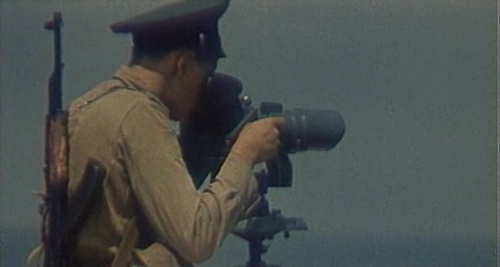 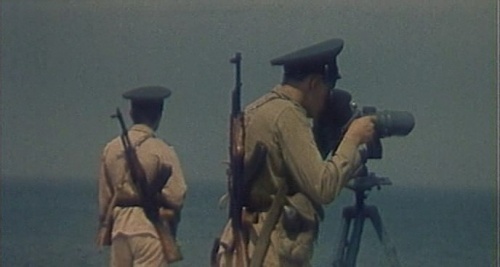 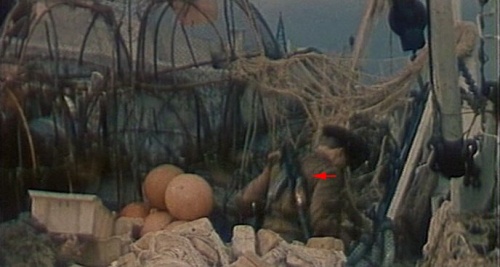 A Border Guards soldier on the arrested poaching fishing vessel carries an AKMS. 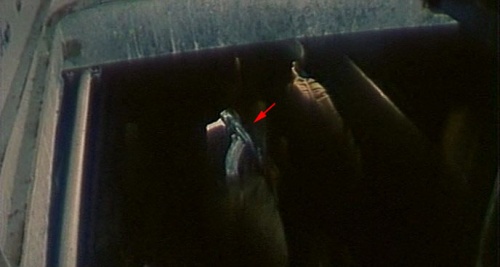 Another view of the AKMS. 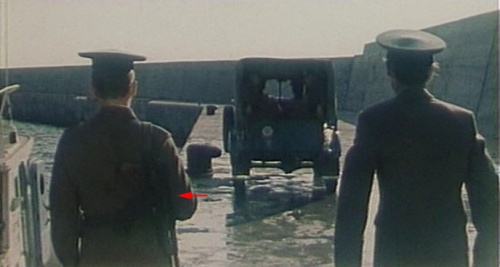 A sentry carries an AKMS. 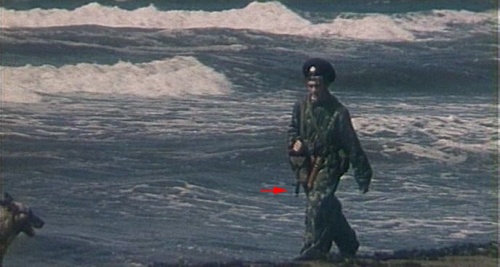 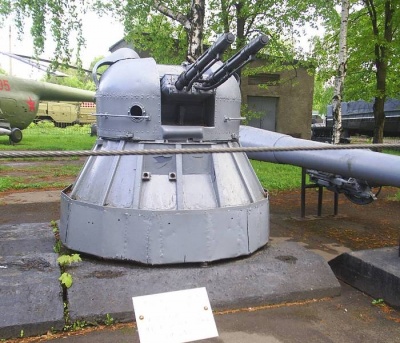 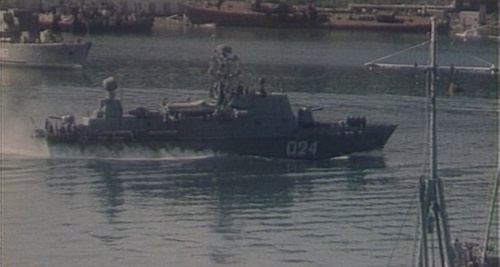 Bow and stern mountings are seen. 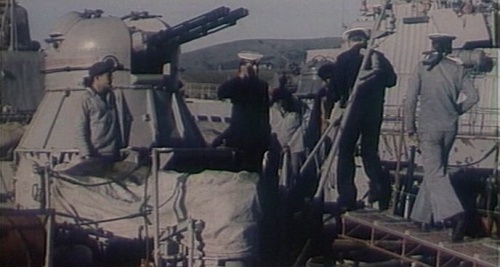 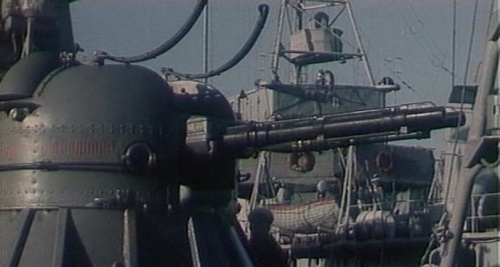 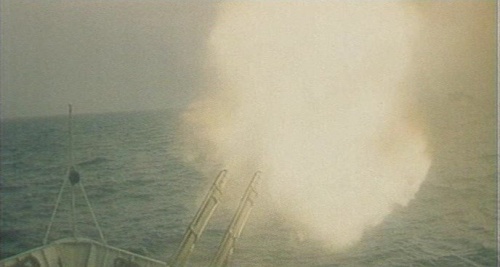 Two twin mountings of Afanasev-Makarov AM-23 autocannons, naval version of the dorsal mounting of Tu-16 bomber plane, are mounted on the Project 125A hydrofoil patrol boat. This boat appears in the movie as a foreign spy fast boat that invades in Soviet territorial waters. 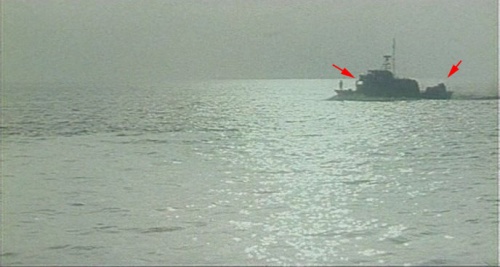 The stern mounting of AM-23 is located at the very edge of the stern. The bow mounting is integrated in the superstructure.

SPSh Flare Pistol is used by a sailor of Nikitin's border guard ship. 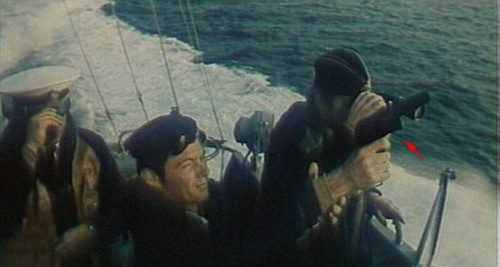 A sailor with the flare pistol in the final scene. 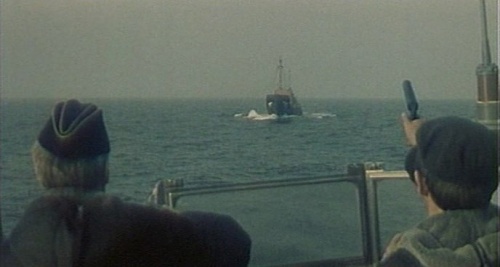 A sailor fires the flare pistol. 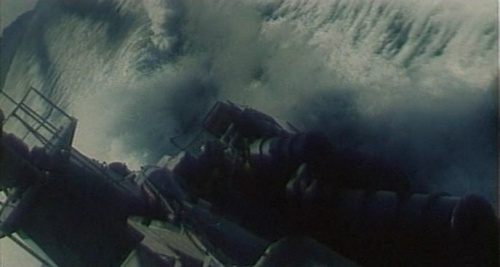 The torpedo tubes are seen. 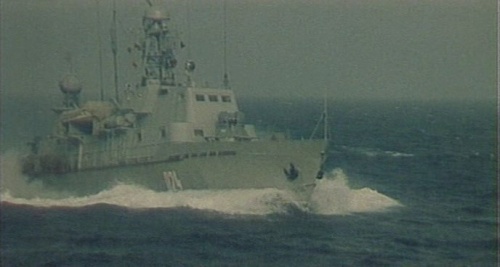 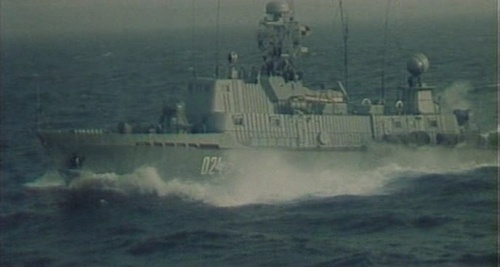 Another view of the ship.

Other Soviet Navy and Border Guard ships are also seen. 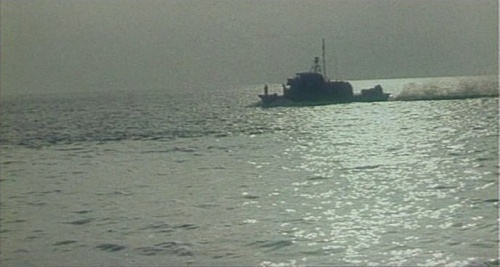 Project 125A hydrofoil patrol boat appears in the movie as a foreign spy fast boat that invades in Soviet territorial waters. 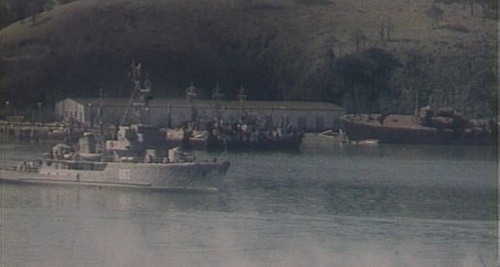 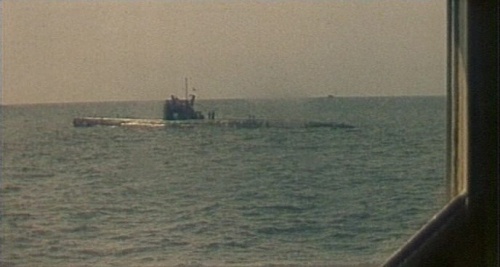 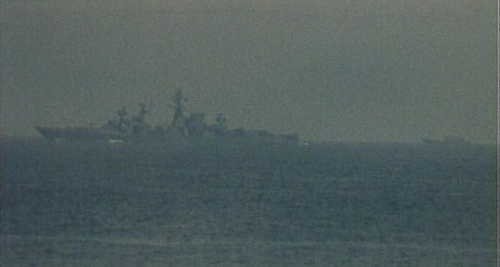