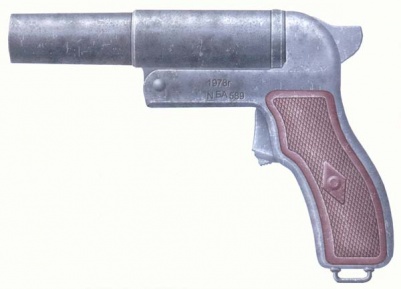 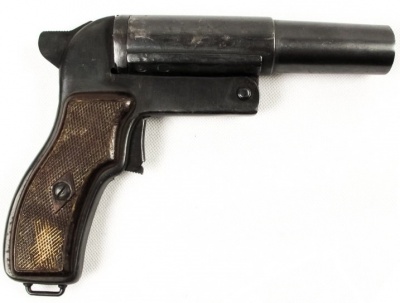 The SPSh (Signalnyi Pistolet Shpagina, "Signal Pistol of Shpagin") is a Soviet flare pistol designed in 1944 by Georgiy Semyonovich Shpagin (best known for his PPSh-41 submachine gun), and replaced the previous OSSh-42 Flare Pistol (known as SPSh-43 in service). It is commonly referred to as the SPSh-44 (also occasionally as SPSh-2), in order to distinguish it from its predecessor. From 1981, the SPSh-44 was replaced by more compact SP81, although the previously produced pistols continue to be used to this day.

In Western countries, the SPSh is also known as the Kovrov Arsenal flare pistol.

The SPSh Flare Pistol and variants can be seen in the following films, television series, video games, and anime used by the following actors: