Girl with All The Gifts, The

From Internet Movie Firearms Database - Guns in Movies, TV and Video Games
(Redirected from The Girl with All The Gifts)
Jump to navigation Jump to search

The Girl with All the Gifts is a British 2016 post-apocalyptic science fiction zombie horror movie. In a world overrun with fungal zombies know as "hungries", a small group of soldiers and researchers attempt to escape with Melanie, a young Hungry who may be the key to curing the infection.

British soliders carry Glock 17 handguns in thigh holsters. Following the fall of the base, Sgt Parks (Paddy Considine) hands Dr. Caldwell a spare Glock, and she carries it for the rest of the film.

Sgt. Parks holds his Glock 17 on Pte. Dillon after he is bitten.

Dr. Caldwell uses her Glock to investigate a Hungry. 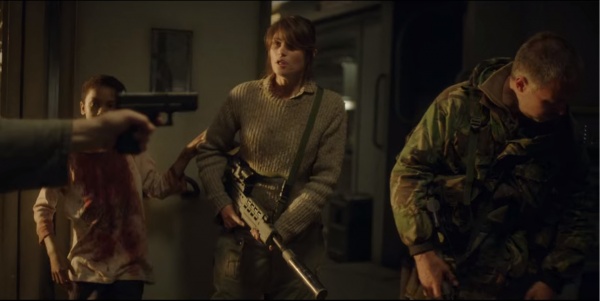 Dr. Caldwell pulls the Glock 17 on the rest of the team as she attempts to kidnap Melanie . 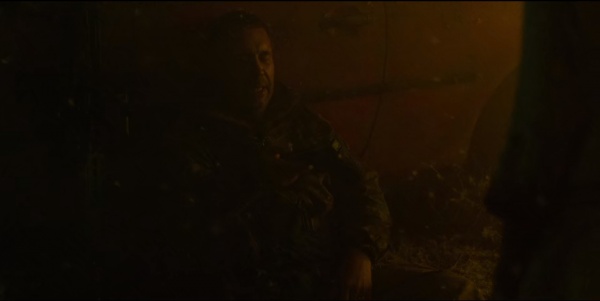 Overcome by the viral spores, Sgt. Parks asks Melanie to kill him with his own Glock. 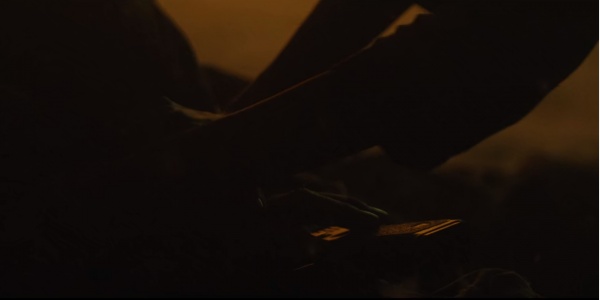 British soldiers use L85A2 assault rifles fitted with SUSAT scopes. After the fall of the base, Sgt. Park's team suppresses their weapons and Helen Justineu is given a spare. These are actual blank-fire weapons, and the suppressors are attached via adapters, a nice touch. The rifles use a mixture of A1 and A2 handguards, however this is not an inaccuracy as when rifles were upgraded to the A2 standard the handguards were only replaced if they were damaged.

A soldier fires his L85A2 as the base is overrun.

In a nice touch, Sgt. Parks attaches a suppressor adapter to his L85 as the group stops for water.

Dillon, having failed to attach his suppressor, opens fire at a hungry and blows the group's cover..

Parks and Dillon rush back to the truck. Note how Pte. Dillon is wearing Multi-Terrain Pattern (the British Multicam variant) top and desert-pattern Disruptive Pattern Uniform trousers, a sign of the supply breakdown .

Sgt. Parks holds his L85A2 as the group runs back to the truck. 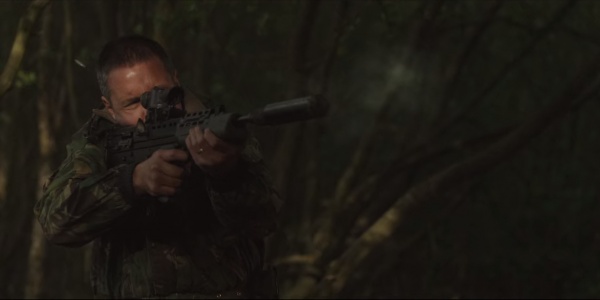 A casing is ejected as Sgt. Parks fires his weapon, confirming the weapon is an actual blank-adapted rifle.

A fantastic side shot as Sgt. Parks attempts to save Pvt. Dillon from a zombie.

Helen and Pte. Gallagher hold suppressed L85A2s as the group moves through a horde of Hungries. Like Pte. Dillon, Gallagher is wearing a mix of camouflage patterns, albeit with woodland DPM top and MTP trousers.

Helen holds her suppressed L85A2 as she check out an abandoned hospital. 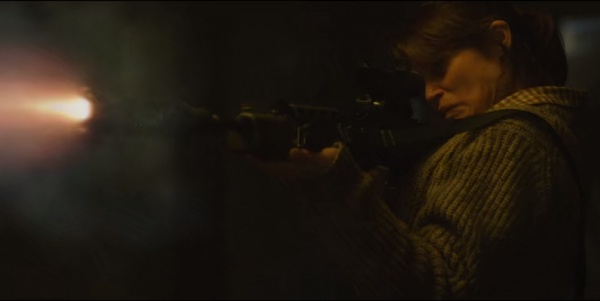 Shortly thereafter, she guns down a chained-up Hungry.

Sgt. Parks with his L85A2 slung as the group discusses their next move outside the mobile lab. Like Pvt. Gallagher, he wears mixed DPM top and MTP pants.

What appears to be a stockless L7 Machine Gun is mounted atop the RB44 truck the group uses to escape the base. Afterwards, the weapon is dismounted and never seen again, probably due to the need for silence and the weapon's lack of a stock.

Pte Dillon lays down fire with the L7 as the truck stops to pick up Helen and Melanie.

He sits behind the L7 as the group escapes.

Private Gallagher carries a M67 Hand Grenade, which he pulls when attacked by a group of feral Hungry children 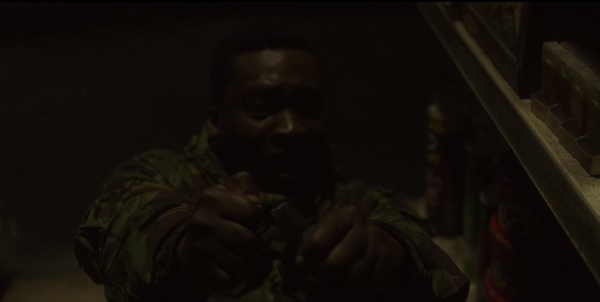 Gallagher pulls the frag as the ferals attack.

A slightly better view of the grenade.
Retrieved from "https://www.imfdb.org/index.php?title=Girl_with_All_The_Gifts,_The&oldid=1486295"
Categories: