The Five Crazy Boys (original title Les Bidasses en folie, "The Sadsacks are Mad"; another English release title is Rookies Run Amok) is a 1971 French comedy directed by Claude Zidi and starring a popular French comedy group (a quintet at that time) Les Charlots as five musicians who pass through various adventures both in music, love and at last military service when they are summoned to army. The film was followed by a direct sequel Sadsacks Go to War (Les Bidasses s'en vont en guerre) (1974). Note: the 1983 Les Charlots movie Le Retour des bidasses en folie ("The Return of the Mad Sadsacks") isn't a sequel contrary to its title.

The following weapons were used in the film The Five Crazy Boys (Les Bidasses en folie): 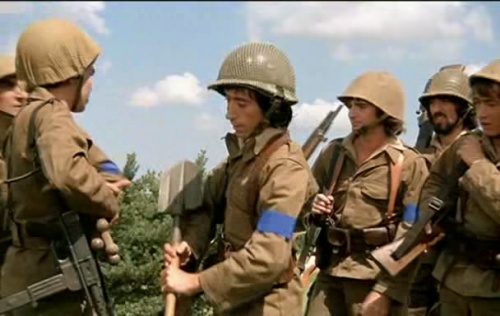 A soldier at the left carries a MAT-49. 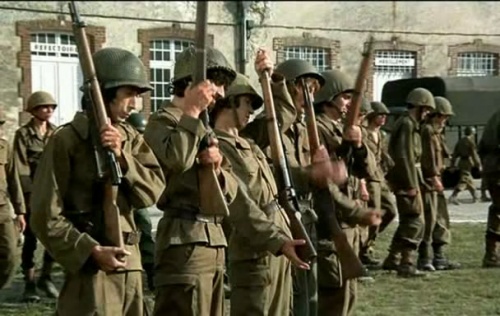 The five friends hold the rifles for the first time. 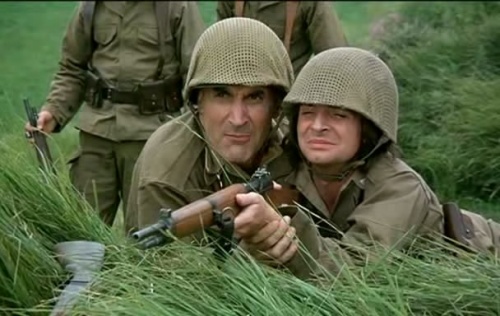 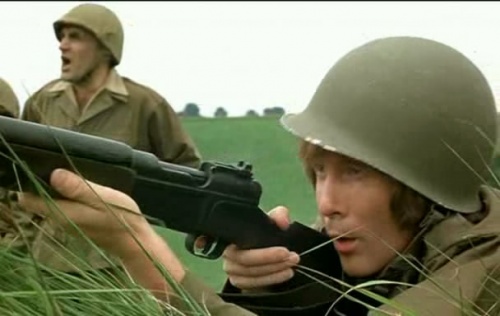 Phil (Gérard Filipelli) with the MAS-36 in the shooting range. 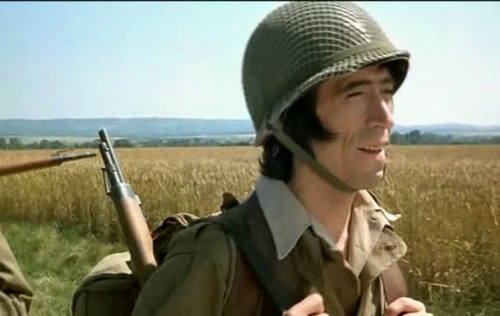 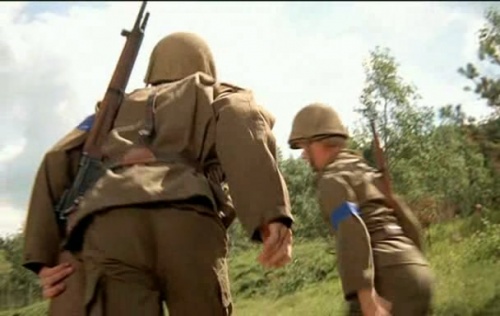 Soldiers with MAS-36s on maneuvers.

OF 37 hand grenades are seen in hands of Sgt. Bellec (Jacques Seiler) and several soldiers. 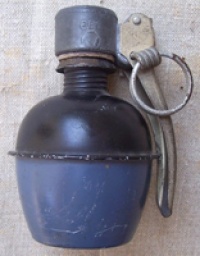 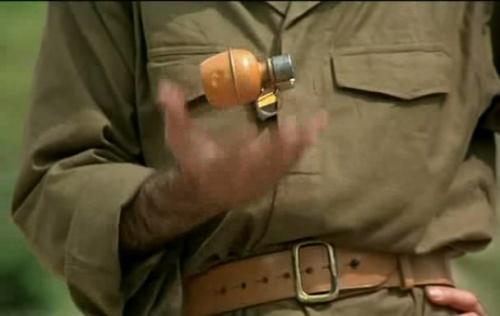 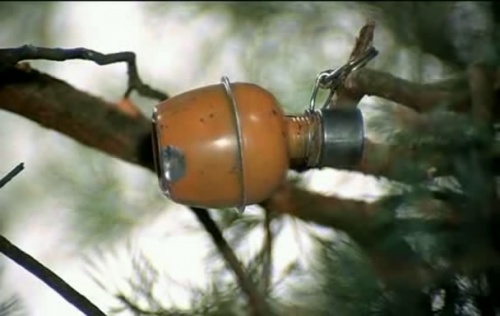 Jean-Guy (Jean-Guy Fechner) manages to throw a grenade on a tree. 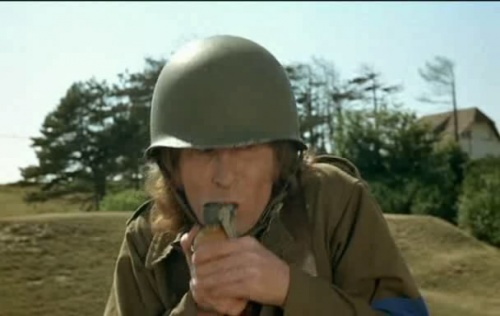 Phil readies a grenade with the help of his own teeth.
Retrieved from "https://www.imfdb.org/index.php?title=Five_Crazy_Boys_(Les_Bidasses_en_folie),_The&oldid=1334021"
Categories: