From Internet Movie Firearms Database - Guns in Movies, TV and Video Games
(Redirected from The Captain from Köpenick (1931))
Jump to navigation Jump to search

The Captain from Köpenick is a 1931 German movie directed by Richard Oswald and is the first film adaptation of the play of the same name with Max Adalbert in the title role. Shoemaker Wilhelm Voigt, released from prison, wants to live an honest life, but cannot get a job because he lacks the necessary papers. Since he also has no passport, it is not possible for him to leave Prussia. In desperation, he buys a captain's uniform from a junk dealer, commands off a dozen soldiers, and occupies the Köpenick town hall with them. But it turns out that there is no passport office there at all.

The following weapons were used in the film The Captain from Köpenick: 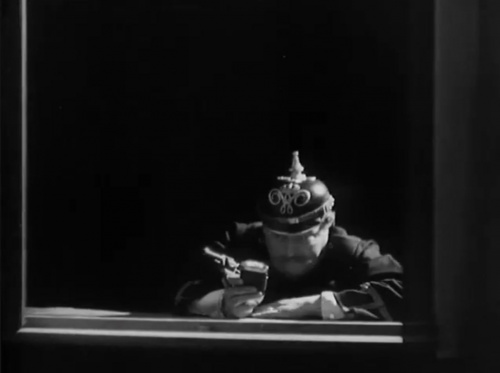 "Halt! Hände hoch!"
A police officer climbs up the window. 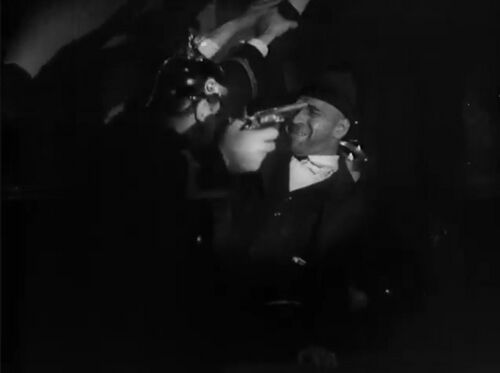 The same officer struggles with Kalle.

The Mauser Gewehr 1871 with Seitengewehr 71/84 bayonets are used by German soldiers. 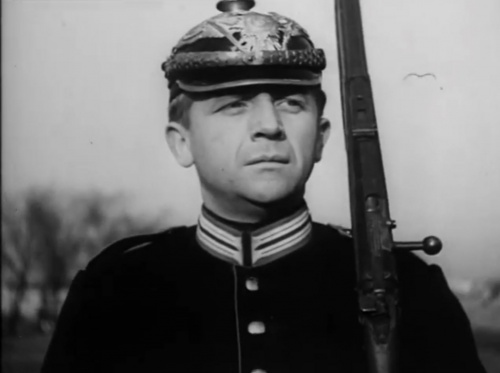 The Gefreiter (corporal) (Kurt Lüpke) stops with his troop when encountering the Captain, allowing a close view of the receiver and bolt handle. 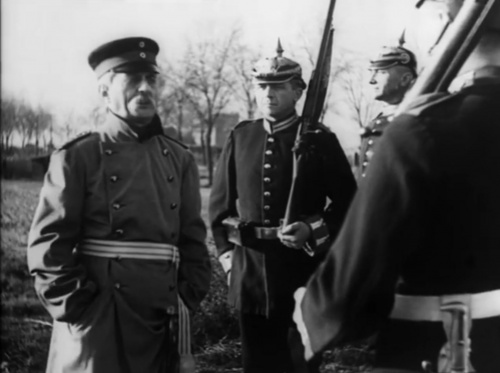 The Hauptmann (Max Adalbert) introducing both squads to what they will do next. 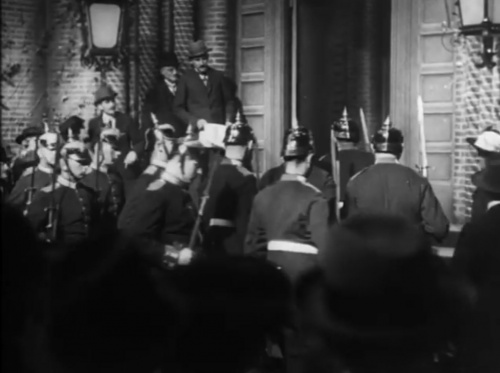 After affixing their bayonets, they start to occupy the town hall. 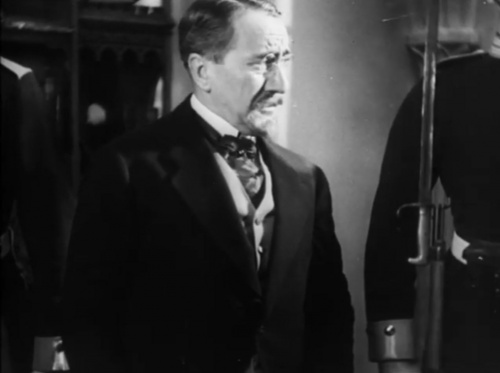 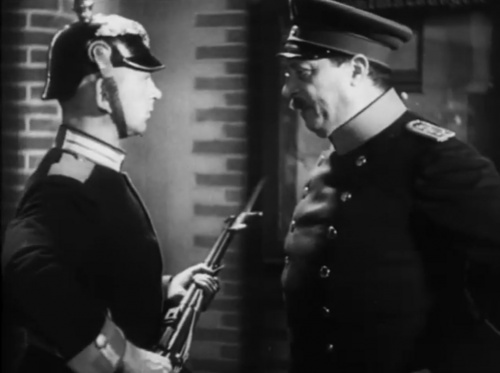 A sentry at the main entrance blocks the Police Inspector (Ernst Wurmser) the way. 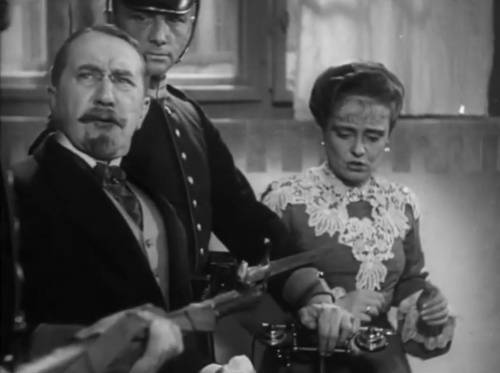 Mathilde Obermüller (Käthe Haack) gets an unlucky point of view of the SG 71 bayonet, as he tried to take the phone. 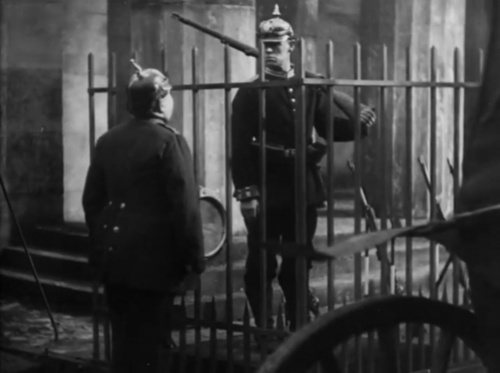 Wachtmeister Killian (Hermann Speelmans) reports the arrival of the "prisoners" to a guard at the prison. Behind the guard, there are various Mauser rifles stacked together.

At least, one of the soldiers appears to be armed with a Gewehr 1888. 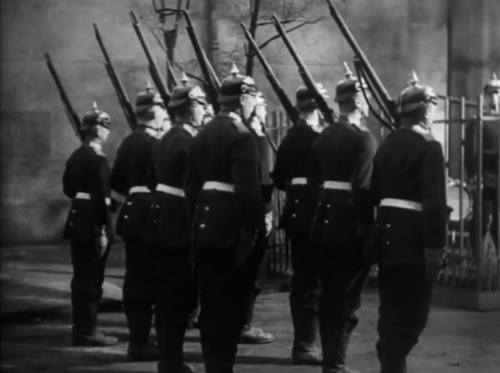 The foremost soldier shoulders his rifle. Note the thicker muzzle. 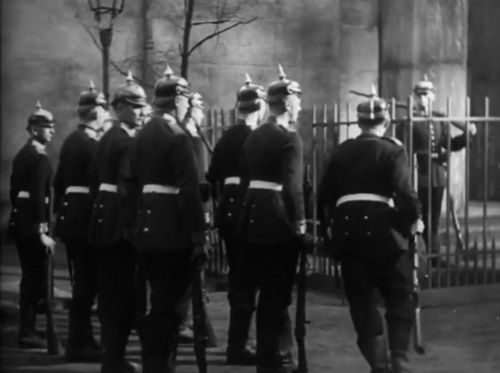 Another view of the rifle.
Retrieved from "https://www.imfdb.org/index.php?title=Captain_from_Köpenick,_The_(1931)&oldid=1544453"
Categories: