From Internet Movie Firearms Database - Guns in Movies, TV and Video Games
(Redirected from That 70's Show)
Jump to navigation Jump to search 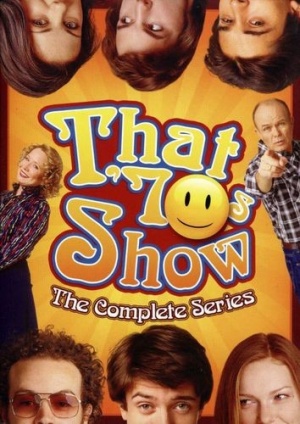 That '70s Show is a television sitcom following a group of teenagers growing up in 1970s Wisconsin. The cast included Topher Grace as Eric Foreman, Mila Kunis as Jackie Burkhartm, Danny Masterson as Steven Hyde, Kurtwood Smith as Red Foreman, and Ashton Kutcher as Michael Kelso. The series aired in the US on FOX for 8 seasons from 1998 to 2006.

The following weapons were used in the television series That '70s Show: 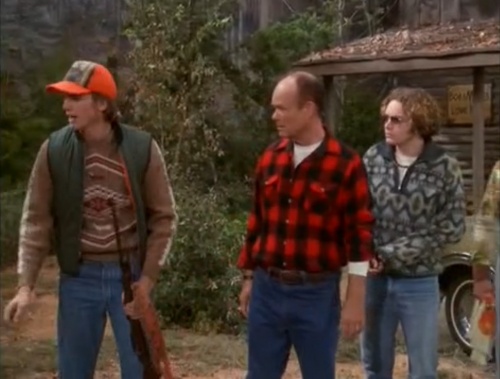 Kelso (Ashton Kutcher) with his Model 70, having just fired it in the camp. 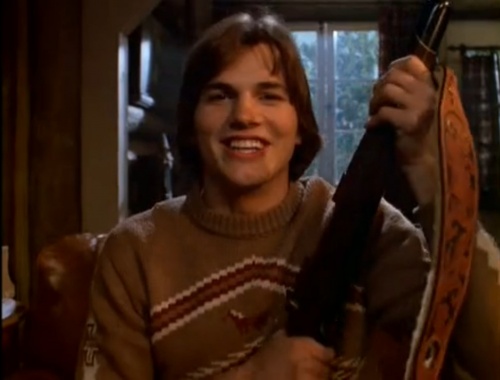 "Hey good news, guys! I found my gun! What? It's probably unloaded." 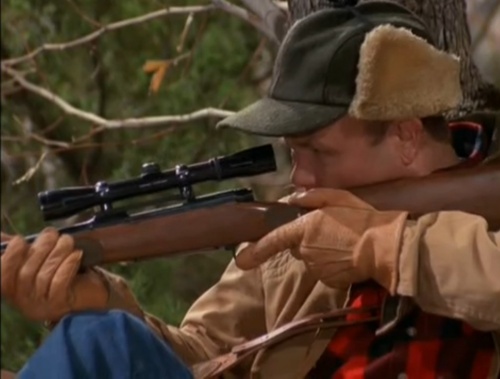 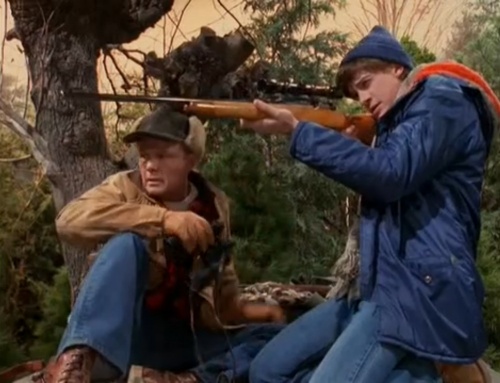 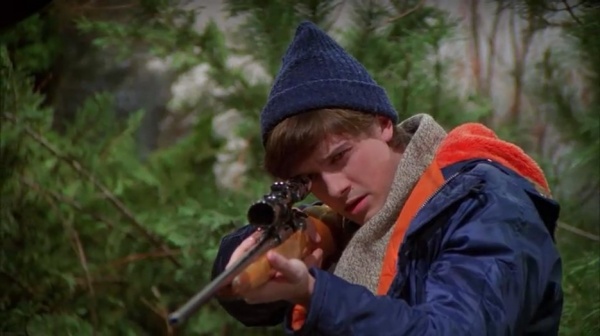 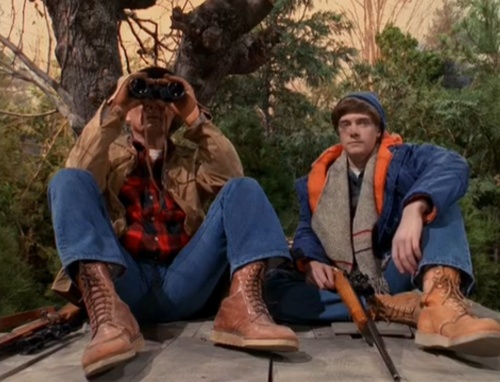 The gun rack in Bob's hunting lodge has two rifles and a shotgun. 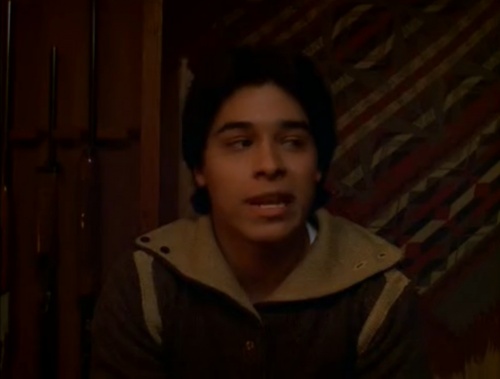 In "Baby Don't You Do It" (S6E14), Kelso (Ashton Kutcher) brings a SPSh Flare Pistol home from the police academy, in preparation for flare gun drills. Why, exactly, he has academy property off campus is never addressed. 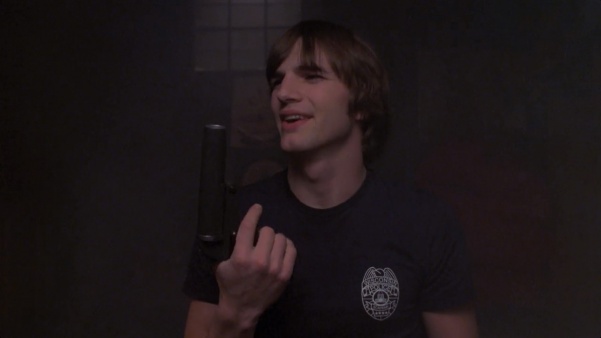 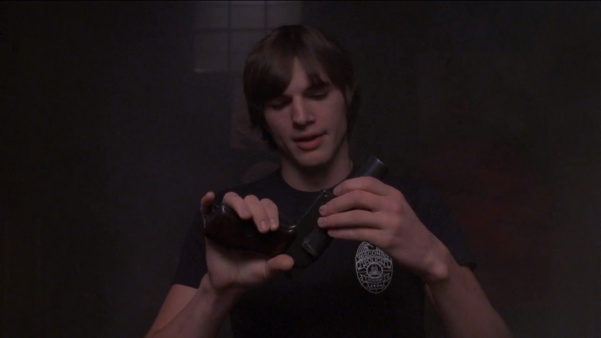 "Besides, they're totally safe. All they do is shoot balls of fire."

In "Eric's Birthday" (S1E02) Fez (Wilmer Valderrama), pulls an unknown revolver and shoots a birthday decoration after discovering that they are out of chips, terrifying Eric Forman (Topher Grace), in a imagination by Kitty Forman, (Debra Jo Rupp). Since the appearence was too brief, it is unknown what make, model, or caliber it is. On closer looks, it resembles a .38 Smith and Wesson Model 36 [[1]]