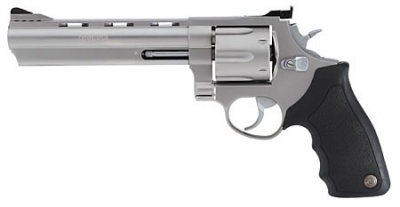 The Taurus Model 44 is a revolver in Taurus' line of "Raging" revolvers, a series of handguns which include the Taurus Raging Bull. Not to be confused with the similarly named Taurus Tracker Model 44 which is a .44 magnum revolver in the "Tracker" series of revolvers.