The following weapons were used in the film The Tattoo:

Enguerrand de Montignac aka Legrain (Jean Gabin) uses a Lebel 1886 fitted with a bayonet to threaten Félicien Mézeray (Louis de Funès) and the two buyers when they enter his house in the beginning, then hands the weapon to Mézeray as he proceeds to show his tattoo. Later at the castle, Legrain gives Mézeray a Lebel with no bayonet. 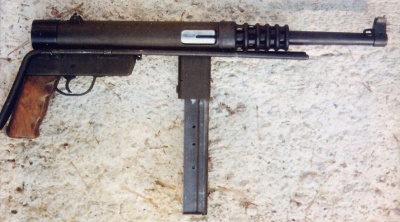 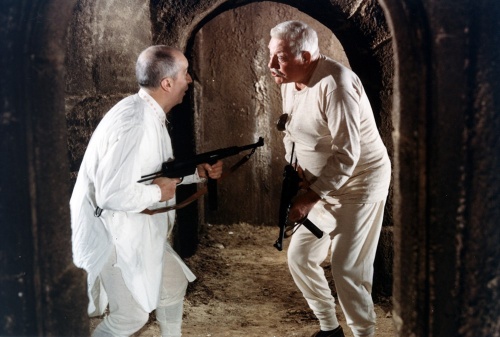 Legrain and Mézeray hold the submachine guns on a promotional image. 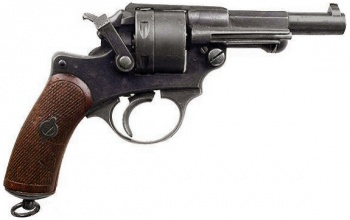 File:LeTatoué-35.jpg
Legrain's weapons cache.
File:LeTatoué-421.jpg
A detective takes a pistol from his car, but at that distance it is impossible to identify the weapon.
Retrieved from "https://www.imfdb.org/index.php?title=Tattoo,_The&oldid=1510461"
Categories: