During the opening scene in Argentina, Burt drives a truck with a M45 quadmount: 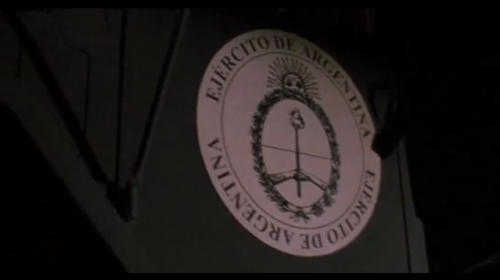 In this scene there are some mistakes. The sign in the door doesn´t exist in real life. First, the sign says "Ejército de Argentina" (Army of Argentina), when it should be "Ejército Argentino" (Argentine Army). Second, all vehicles in service just have a painted sign that says "EA****" ("Ejercito Argentino" plus the serial number of the vehicle): 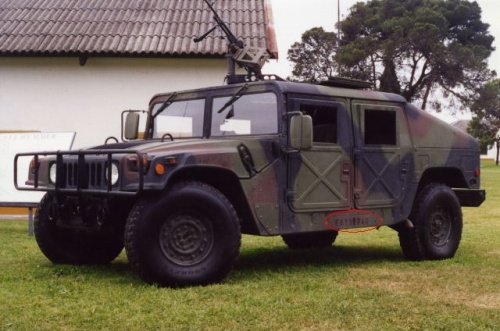 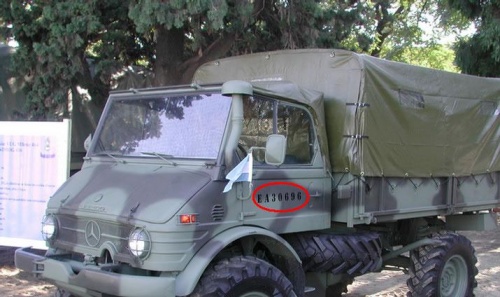 Am I the only one who thinks Burt chose a really poor assortment of weapons to bring along for dealing with the Shriekers in the canyon? Come on, a double barreled shotgun? A bolt action rifle? After what he went through in the second movie one would think he'd have his truck filled with stuff like AR-15s, AK-47s and various other types of semi-auto rifles and shotguns.

Well he has a diverse collection capable of dealing with both Graboids and Shriekers. Granted he probably didn't count on having to arm the townsfolk either. The Desert Eagle was at least a hint that he learned something from the second movie. Seeing as how he had 9mm's and ran out of ammo before he ran out of Shriekers. But I agree that the AR's, AK's and semi-auto shotguns would have been better. GaBoy45 01:07, 3 August 2010 (UTC)

His min-14 is fairly well suited for dealing with Shriekers. He was probally planning on using that, and wasen't counting on arming everyone else.