A M1911-style pistol with a futurised shell appears as the "Handgun". 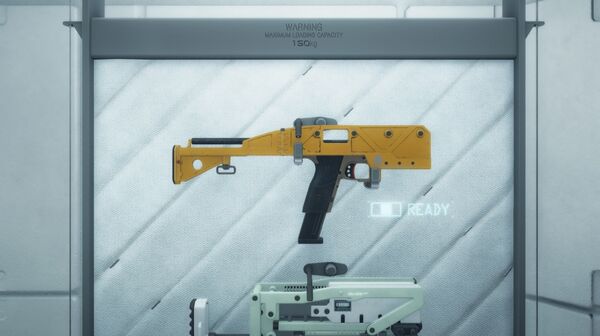 An assault rifle with elements of the SCAR-H appears as the "Assault Rifle". It is stated to have been developed for US Army paratroopers, then adopted by Bridges, and uses 5.56x45mm NATO ammo. It can use special "Hematic Ammo", filled with Sam's blood, to be effective against Beached Things. It can be upgraded with a scope and a silencer. There is also a non lethal version. 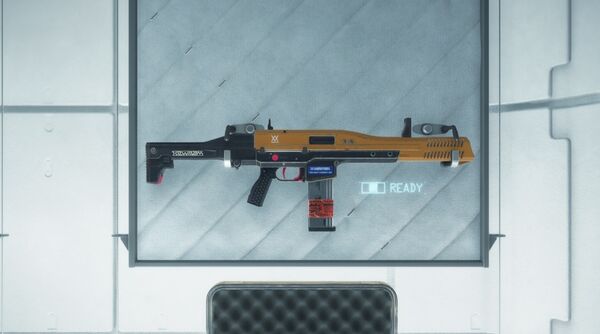 A shotgun reminiscent of the Crye Precision SIX12 appears as the "Shotgun". There is also a non-lethal version. 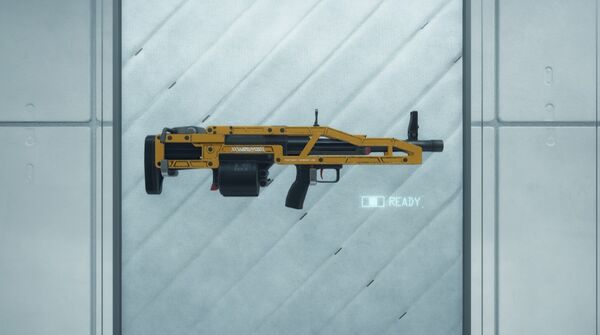 Ok I created the page but is still incomplete. For example I need to identify this: 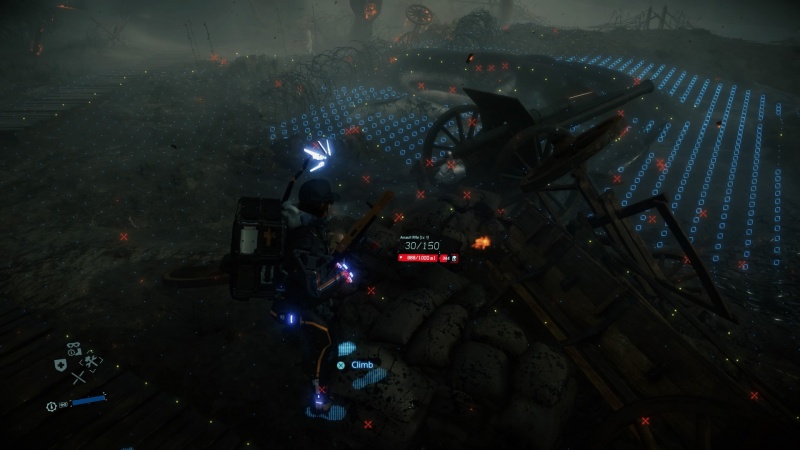 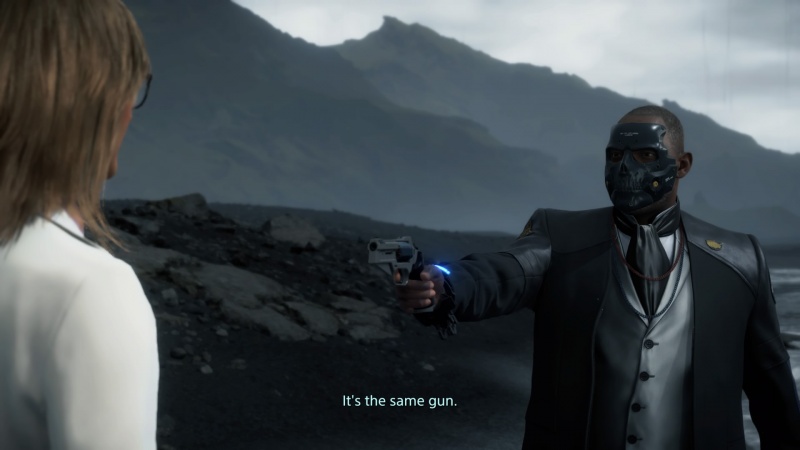 I tried to get screenshot for Clifford's revolver and the pistol in his holster but with bad results. I will try to ask in Death Stranding subreddit for pics or help.

The revolver looks like a Chiappa Rhino 30DS just with the barrel inverted back into a normal style revolver, with a Mauser HSc-like triggerguard.--AgentGumby (talk) 23:07, 21 June 2021 (EDT)